After a year’s worth of negotiations, the 2017 EURO runners-up have finally reached an agreement with their federation. (photo courtesy of UEFA)

After 12 months, one boycotted World Cup qualifier, and a fine of three points, 20,000 euros (over $23,000), and a four-year suspended ban, the Danish women’s national team and their federation, the DBU, have finally reached a four-year agreement.

The agreement was approved on Saturday by the DBU Board and the Player’s Association, including the team’s Player Council.

The new deal sees the DBU allocate more than two million kroner more a year for women’s football, and the players’ salaries and scholarships increased by 180 percent according to an article published by TV2. Rules about when players must hold Player Association meetings while on national team duty were also set. One point of contention—whether the DBU was the employer of the players while on national team duty—remains unresolved as both sides have essentially agreed to disagree on the matter.

Although the Danish players had been in negotiations with the DBU for a year, the players really stood their ground following the team’s second-place finish in this summer’s European Championship. With negotiations not progressing as the players desired, the team boycotted the October 20 World Cup qualifier against Sweden and threatened to boycott the following qualifying match against Croatia, but the team reached a temporary deal with their federation in time to play against Croatia.

U.S. Soccer (USSF) announced last week that the U.S. U-20 women’s national team will co-host the 2017 Nike International Friendlies alongside their male counterparts. The friendly tournament will take place Nov. 29 through Dec. 11 in Lakewood Ranch, Fla. and will coincide with the U.S. Soccer Development Academy Winter Showcase.

The friendly tournament, in its 15th year, will see the U-20 WNT take on Brazil, England and Finland. Finland will field a team with players born in 1997 or later, while the other three countries will use players born in 1998 or later.

The tournament will serve as further preparations for the U.S. and Brazil as they continue working towards qualifiers for the 2018 FIFA U-20 World Cup in France. England has already qualified for that tournament, while Finland did not receive a tournament berth.

The U.S. U-20s held a camp in Florida from Nov. 16-23, with 30 players participating. It is uncertain at this time whether the same roster will be called in for the Nike International Friendlies or not. The roster for that camp is listed below. 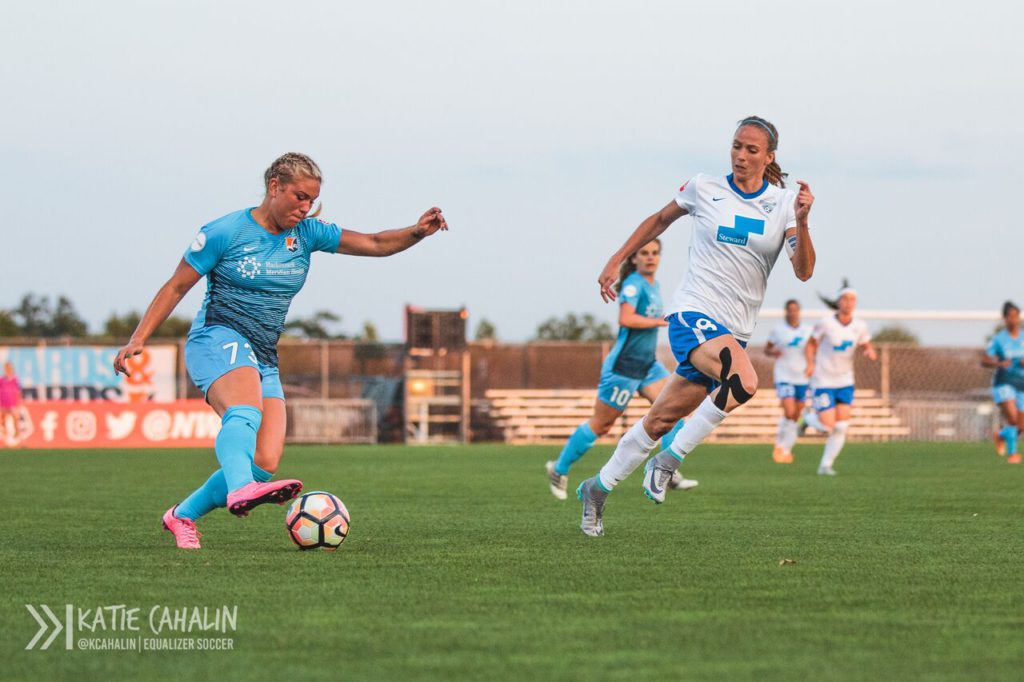 Sky Blue FC rookie midfielder Madison Tiernan has joined the Rutgers women’s soccer staff as the Director of Player Development, as announced by the college team on Monday afternoon.

“We are thrilled to have Madison continue to be part of our program and family,” said Rutgers Head Coach Mike O’Neill in a statement released by the team. “As a player she embodied what our program is all about–hard work, determination and passion. Her experiences as a student-athlete at Rutgers and now professionally with Sky Blue will enable our current student-athletes to flourish on and off the field. Rutgers is in Madison’s heart.

As a member of the 2017 Sky Blue roster, Tiernan played on Yurcak Field, the same field she played on for four years as a Scarlet Knight. With Sky Blue Tiernan made 11 starts over 20 appearances, scoring three goals and tallying an assist in her rookie campaign. At Rutgers Tiernan recorded 25 goals and 16 assists in 88 matches for the Scarlet Knights. In her junior season, she helped lead the team to its first ever College Cup appearance.

We are delighted to unveil and welcome @paulgreig6 as our new @SWPL 1 Head Coach for 2018.

Paul has a fantastic global coaching pedigree and we look forward to working alongside him. ? pic.twitter.com/Q30WAb5KZb

Former Sky Blue FC assistant coach Paul Greig has left the NWSL for a new position in his native country, Scotland. Scottish Women’s Premier League (SWPL) side Spartans FC Women announced they had hired Greig as their new head coach ahead of their 2018 season.

Greig joined Sky Blue on Feb. 4, 2016 as part of Christy Holly’s coaching staff and was with the team for two full seasons. Following Holly’s resignation on Aug. 16, Greig and the other three assistant coaches collaboratively coached the team through the end of the NWSL regular season.

Immediately prior to coming to the NWSL, Greig was the head coach for New Zealand’s Northern Football. In his first year at the helm, he led the team to the ASB Women’s League championship, becoming the youngest coach in New Zealand history to manage his club to a men’s or women’s National League title.

He has also coached in England, Sweden, and Spain, as well as a previous stint coaching at the youth academy level in New Jersey.