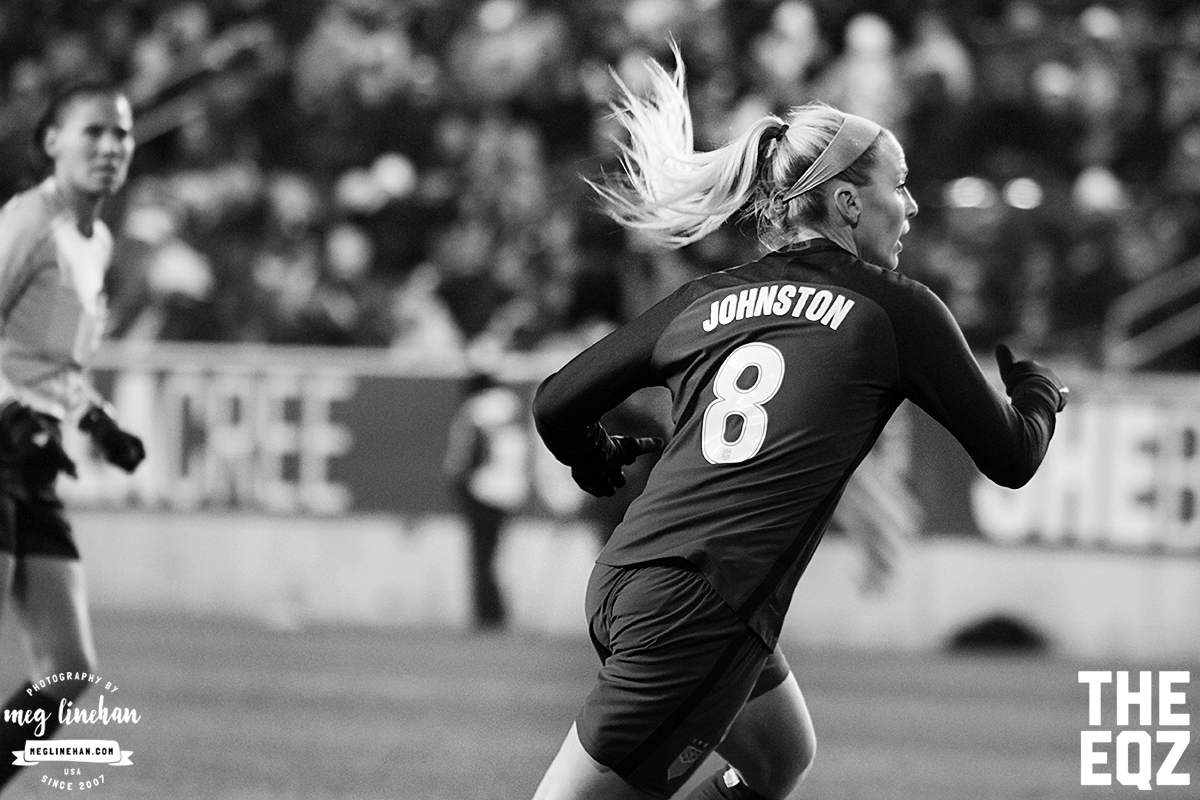 The United States women’s national team did exactly what they set out to do, ending 2017 with a win against their biggest rivals, Canada. Goals by Julie Ertz, Alex Morgan and Carli Lloyd gave the home team the 3-1 win over their neighbors to the north. Janine Beckie scored Canada’s lone goal to prevent the shutout.

The USWNT got on the board early in the match, with Ertz scoring off a corner kick in the 11th minute. Megan Rapinoe took a U.S. corner kick, but Ertz was unable to get on the end of her service and the ball was instead cleared out by the Canadian defense for a second USWNT corner kick. Rapinoe once again took the set piece and that time struck gold, connecting with Ertz, who split a pair of defenders with a header that also beat Canadian keeper Stephanie Labbé.

Although the U.S. looked much more composed than on Thursday night, they were unable to capitalize on any other first-half opportunities, and the game went into the half with the U.S. leading by one.

It wasn’t long into the second half before that changed though, as Canada equalized in the 50th minute courtesy of Janine Beckie. Christine Sinclair played a long ball up the field for Nichelle Prince, who had entered the match at the half hour mark in place of Deanne Rose. Prince used her speed to blaze past the U.S. defense and, despite having a look on goal herself, opted to lay the ball off for Beckie, who blasted a close-range shot in for the lone Canadian goal of the night.

Canada’s goal celebration was short-lived, as Alex Morgan retook the lead for the USWNT minutes after Beckie’s equalizer. The goal-scoring sequence originated with Christen Press dispossessing Jessie Fleming and playing a through ball for Morgan, who took a shot from just outside the six for the second USWNT goal. Labbé and defender Allysha Chapman raised their hands appealing for the offside call, but none was made and the goal stood.

The U.S. struck again in the 80th minute when Rapinoe outmaneuvered her mark to send in a cross from the far side. Morgan redirected the ball with her head, allowing Carli Lloyd, who had entered the game in the 75th minute, to knock the ball in from inside the six. That gave the USWNT a 3-1 lead, which they’d take with them to the final whistle.

Although she did not get on the board herself, Rapinoe was crucial in the U.S.’s success tonight, playing a major part in all three goals. That was partly because she was matched up against two inexperienced right backs—FC Kansas City’s Maegan Kelly and the Washington Spirit’s Lindsay Agnew—unlike in Thursday night’s 1-1 draw when she had to take on Ashley Lawrence. Lawrence had rejoined her club, Paris Saint-Germain, following Thursday night’s friendly, forcing Canada coach John Herdman to play less experienced players in her position.

Another reason Rapinoe was so successful was because of her partnership with defender Kelley O’Hara, pushed over from her starting spot Thursday night to the left back position. The two versatile players constantly linked up with one another, connecting on one-two passes and making runs for each other that led to dangerous attacking opportunities for the home team. The chances created by the two players may be enough to make head coach Jill Ellis consider permanently switching O’Hara to the left side to continue capitalizing on that chemistry.

The win concludes the USWNT’s 2017 campaign on a high note. Up next for the team will be a short break until reconvening in 2018 for January training camp.