Thursday Roundup: Manchester City latest to score huge away win in UWCL Round of 16 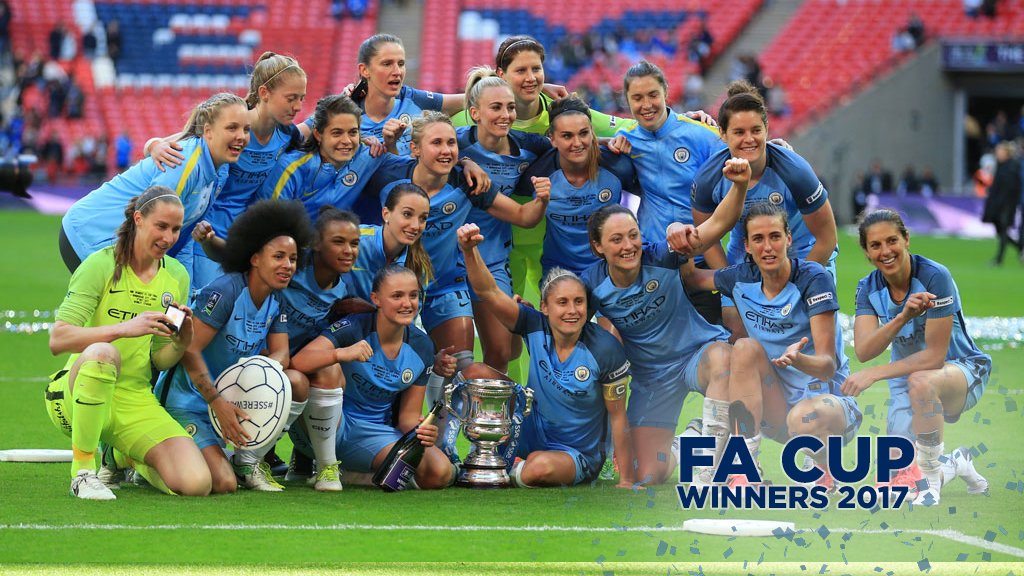 Manchester City, here after winning the FA Cup, are all but into the last 8 of the Champions League. (photo: Man City women)

Lillestrom 0, Manchester City 5: Reigning FA Cup winners Manchester City became the latest European power to post a dominant road win as first leg action in the UWCL Round of 16 concluded on Thursday. Demi Stokes got the party started in the 26th minute, and last season’s semifinalists never looked back. Isobel Christianson added a penalty in the 40th minute, and substitute Claire Emslie made it 3-0 in the 69th. Jane Ross then scored twice in four minutes for the final margin of victory. Despite the 5-0 win, Manchester City are only the third most comfortable side ahead of second legs. On Wednesday, Barcelona won by six and Lyon by seven.

Stjarnan 1, Slavia Prague 2: Katerina Svitkova slotted home a 71st minute penalty just two minutes after Lara Pedersen equalized for Stjarnan, and Slavia Prague are on a narrow lead with a pair of away goals in tow at the midway point. Slavia initially went ahead through Petra Divisova in the 36th minute. The final shot totals, which favored the visitors 11-9, offered the notion of a match that was played about as evenly as the scoreline suggests.

The return legs are next week with the same four teams wrapping up play on Thursday after the rest go at it Wednesday.

Watford FC and Sunderland AFC Not Seeking Tier One License

On Tuesday, Watford FC announced that it would not seek a license with the FA Women’s Super League and instead would apply to the FA for inclusion in the regional Women’s Premier League.   The club’s decision take a “more community-focused” approach to its women’s team was roundly criticized in the media.

Watford FC currently competes in the FA WSL 2. Its license to compete in the second tier of the Women’s Super League will expire at the end of the 2017-2018 season.

On the heels of Watford’s announcement, Sunderland AFC announced Thursday that the club will not seek a tier one license during the first round of applications. Instead, the club will seek a joint license this March. Currently, the application process is only available to current open to existing FA Super League teams. At this juncture, who the North East England club will partner with for the license remains an open question.

In the announcement, the club stated, ” Sunderland AFC are committed to supporting women’s football and a joint approach, with combined resources, makes for a better and more sustainable model.  “We have been working with our partners to ensure that we continue to provide the opportunity for elite female footballers in the North East to compete at the top level.”

Sunderland finished in seventh on 2016 FA WSL campaign and are currently 2-0-2 on the current season.