The Lowdown: The coaching carousel churns with Vlatko Andonovski move to Seattle 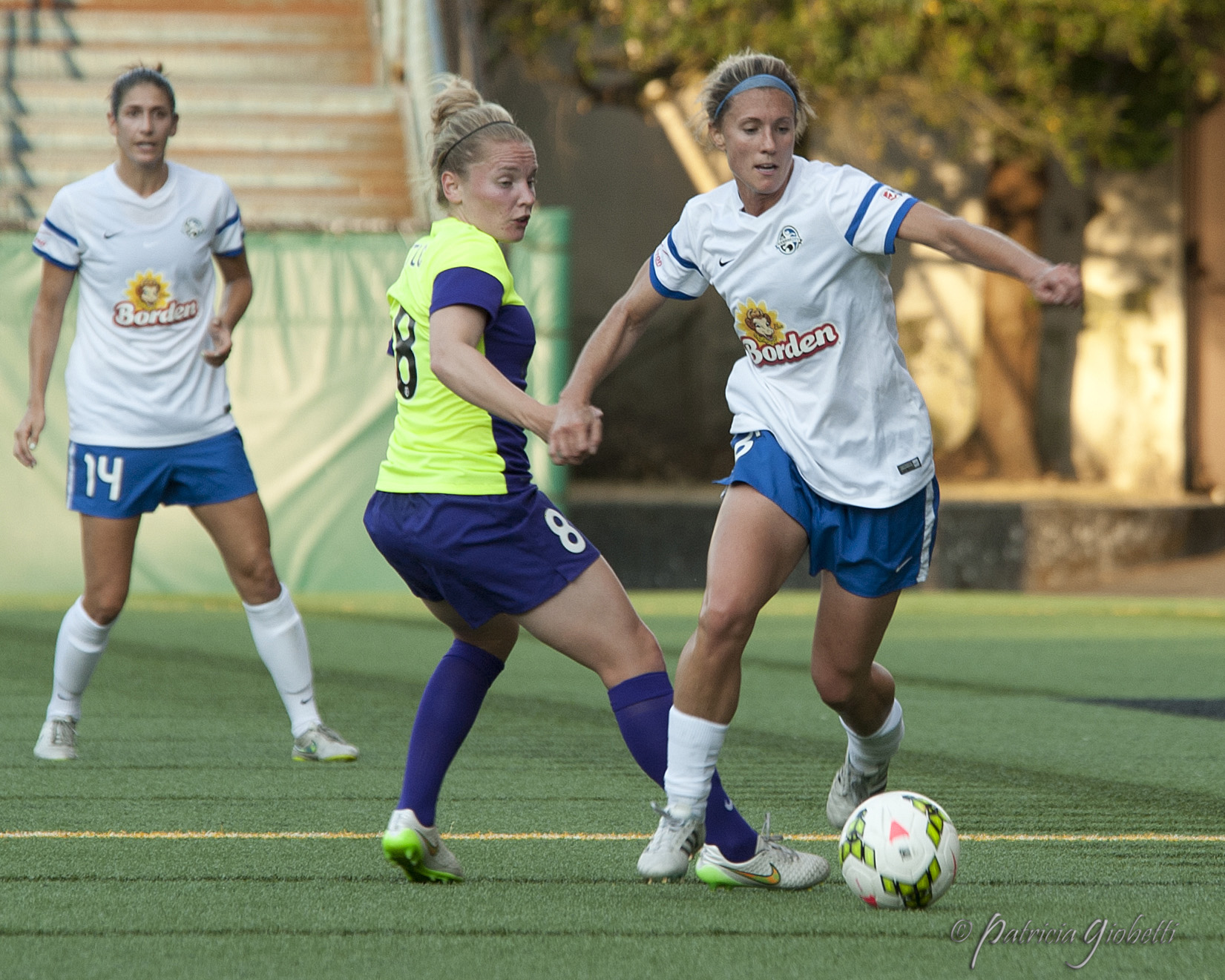 The NWSL coaching tree felt its biggest shakeup ever when, earlier this week, Laura Harvey stepped down from her post with the Reign and was immediately replaced by Vlatko Andonovski. The last time we saw something like this was in October 2015. The Thorns pried Mark Parsons away from the Spirit, who in turn did the same with Jim Gabarra and Sky Blue. The very next season, Parsons edged Gabarra for the Shield. This season Parsons and the Thorns won the NWSL Championship.

Will the Vlatko-to-Seattle move reap the same rewards? And what will the next stop be for Laura Harvey? Let’s examine how the moves so far will impact all involved.

Seattle Reign FC: With the possible exception of Andnovski and Kansas City, no NWSL team has been as defined by its coach more than the Reign and Laura Harvey. The players’ intense loyalty to Harvey is palpable even from afar. If you want proof, seek out some of the club’s most important goals from the last five years and note how many times the celebration quickly found its way to the sideline so Harvey could be involved.

Further evidence is seeing players like Jessica Fishlock spend five seasons in Seattle when a more lucrative arrangement in Europe most certainly beckoned. Harvey handled the Hope Solo soap opera as well as any coach could have, and her comments after Solo was kicked off the national team are a microcosm of all the reasons Reign players hold Harvey in such high regard.

Enter Andonovski. The Macedonian-born coach enjoyed a similar reverence from many of his players at FC Kansas City. But that doesn’t mean he will walk right into Harvey’s old office and be a welcome site. The departure of a popular leader never makes for an easy transition. Andonovski will have to be gentle with how he transitions from the Harvey era to the Vlatko era.

On the field, and this will not be a popular opinion among Reign faithful, Andonovski is probably an upgrade and should be able to help button up some of the defensive issues that kept the Reign out of the playoffs for a second straight season. There are too many personnel question marks to do a deep dive on any team’s 2018 prospects at this point. but adding a little Vlatko sauce to the Harvey salad certainly has the makings of a winning formula.

One other point to ponder. The Dash fired Randy Waldrum on Memorial Day. Sky Blue kicked Christy Holly down the road in the middle of August. Neither of those teams has yet to name a head coach. (Sky Blue’s last hire, Holly, was announced in January of 2016.) The Reign meanwhile lost a much more successful coach and—partly due to the recommendation of none other than Harvey—were able to name a new coach in the same press release. That shows everyone on the outside that the club is fully operational and ready to attack 2018 with arms wide open. You better believe that gives the Reign an edge on teams like Sky Blue and even the MLS-backed Dash when it comes to players, advertisers, staff, and so on.

Vlatko Andonovski: For a period of about 18 hours, we knew Andonovski was leaving FC Kansas City and had no idea he was about to land squarely on his feet with another NWSL side. Even if he had left the league, his legacy would be secure. A colleague of mine literally laughed upon hearing that Andonovski was FC Kansas City’s founding coaching hire. But it was the Blues who did their share of laughing between 2013 and 2015 as they went about building the most aesthetically pleasing side in NWSL and won two championships to boot.

Now the question is, can he work the same magic in Seattle? The Emerald City has proven to be a popular destination, so building a strong roster should be well within reason. If Andonovski goes on and wins again in Seattle, it will put him alone on the top pedestal of women’s club coaches in the United States during these nascent stages.

The Reign have been close—close enough that anything short of an NWSL Championship trophy during Andonovski’s tenure will probably be considered a failure. Such is the life of a coach though, especially a coach that brings a championship resume to a club with definitive championship aspirations.

Those championship aspirations have been more of a reach in the last two, non-playoff seasons in Seattle. That alone should be reason enough for the players to look to their new coach to make a few tweaks. The ones who remain from years past will have seen Andonovski hand them enough crushing losses over the last five years that they ought to be jonesing to tap into his wisdom on that fact alone.

Andonovski will always be remembered as a trailblazer of tactics in NWSL, but his long-term legacy could sway a great deal in either direction depending on how the next few years in Seattle pan out.

Laura Harvey: Richard Farley of FourFourTwo broke the Andonovski-to-Seattle story early on Tuesday, and one of the dominoes had Harvey taking a position with US Soccer. This news has since been rejected indirectly by Harvey and very directly by U.S. Soccer. Neither of those denials means a darn thing, but until whatever Harvey has lined up becomes official, we’ll keep the speculation to a minimum. Besides, the nature of said job has far too many possibilities to venture a guess as to what that might be.

A move to U.S. Soccer is not quite as out of leftfield as meets the eye though. Earlier this year Harvey made a cameo as the U-23 head coach, guiding the team to a 2-1-0 record at the La Manga tournament in Spain. Her name has also been mentioned in connection with the vacant job as England manager.

Whatever happens, Harvey should not have a difficult time landing a coaching job in the women’s game. She has now proven an ability to win both in England and the United States, and as stated earlier, her reputation with players is impeccable. And for a coach who admitted the draft overwhelmed her in 2013, she nailed the 37th overall pick this past year when she took up-and-coming defender Kristen McNabb.

Harvey also recommended Andonovski to Reign owner Bill Predmore. That tells us that she and the club had an amicable parting of ways (far less common than most coach/club splits will portray to the public). That tells us that Laura Harvey’ greatest contribution to the Reign might turn out to be one that happened after she had decided to move on. She’ll make someone a very good hire whenever she is ready to work again.

FC Kansas City: The club has been in limbo since prior to the end of the season when reports surfaced that the club was on its way to being sold for a second time this year. Before that happened, Amy Rodriguez tore her ACL, attendance plummeted, and the team missed the playoffs for a second straight season.

NWSL Managing Director of Operations Amanda Duffy told assembled media the day before the NWSL Championship that she hoped the Kansas City situation would be resolved in the near future. To even acknowledge there was a situation was a huge admission for a league that treats its business dealings with the secrecy level of U.S. nuclear codes. Even at that, nearly three weeks later, it remains radio silence.

The club is functional insofar as sending out press releases and maintaining a social media presence. And it was owner Elam Baer who put out a terse, soulless statement about the departure of Andonovski, who according to Blue Testament had not even been approached about a new contract, practically forcing his hand to seek another job.

Is Baer just biding his time before he can announce the sale of the team? Or did he and the coach have some sort of falling out? If it’s the former, then time is wasting and someone needs to be in the trenches getting the deal finalized and announced. If it’s the latter, it is fairly safe to say that FC Kansas City in its current state will not be able to attract a coach with a fraction of the resume and Q-rating that Andonovski leaves with.