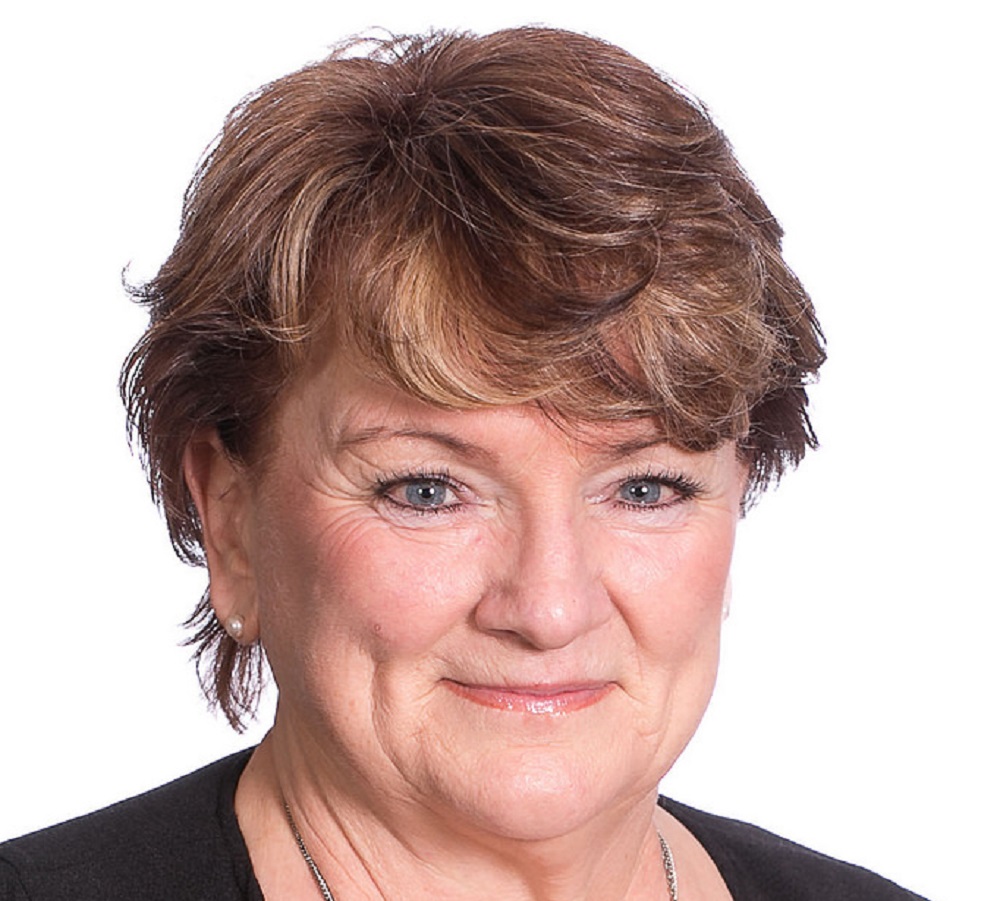 Maeve Glass does a little bit of everything behind the scenes for Canada’s national team (photo: Canada Soccer Association)

VANCOUVER, B.C – There is one consistent person who will always be there to help the Canadian women’s national team and its coaches: equipment manager, tour event, and administrator, Maeve Glass. She has seen all the highs, and all the lows. She is much more than what her job title suggests.

A Vancouver native with Irish ancestry, Glass played soccer in Vancouver before women’s soccer was even a thought. The 56-year-old trailblazer doesn’t get the honors, accolades, or deserved attention, and that’s exactly the way she would prefer it. She is tirelessly working behind the scenes to make sure that your favorite Canadian players have everything they need to be at their best on and off the pitch.

“She’s definitely really hard working behind the scenes,” said Adriana Leon. “She does a lot for the team that many people don’t really know about. She’s like the backbone of the team, she’s great. She is like your second mom, she takes care of us, and whatever we need, she’s there. She’ll never say no. She’s just a really good human.”

When Canada suffered defeat at the 2012 London Olympic semifinal against the U.S., the team was understandably in shock. Sinclair took it upon herself to stand up and deliver a speech, so every single player in the locker room knew, there was still something to fight for, still a bronze medal to go out and win. Coach John Herdman, unsure if he should come in address the team, spoke to Glass. She reiterated that it wasn’t necessary. Christine Sinclair had come in and said all that needed to be said.

“That doesn’t surprise me,” Karina LeBlanc said. “She’s more than the manager, she does everything. I don’t think there’s a job she hasn’t done for the team, and for each player and so many different levels. She’s a first-class person.”

When you come into the Canada Soccer environment as a young player like a Jordyn Huitema, Julia Grosso, Jayde Riviere, and Ariel Young will do this week, it can be intimidating being around players you’ve looked up to. When you don’t know the routine, or how things run at the senior level, Maeve Glass is there to help you out.

“Lots of young girls that come in, they need that one person who they know will have their back,” LeBlanc said. “She works over and beyond. I remember she had a hip replacement, and she would be hobbling around, but she would be up into the latest hour, and the first one up. The dedication that woman has put towards the program. It’s an understatement to say she’s team mom. She’s the one that keeps it going. There’s no one on this team that doesn’t have the highest respect for her as a woman, and what she’s done for the program.”

It takes a unique, kind, and special individual to put aside their own personal health to stay involved and work day in, and day out. Needing a hip replacement, Glass didn’t want to disrupt the team’s preparations, and the subsequent 2016 Rio Olympic tournament. She decided to stay active, and contribute as she had done for many years. Pain and all.

“What Maeve is able to do is bring a real honesty to the decisions that we make,” Herdman said. “She’s seen the past. She knows where things started, and where they’re at now. She helps players keep their feet on the floor. The players love Maeve because her selflessness towards them is the one thing that shines through everyday. You know the players know that, Maeve has their back. Maeve will put her body on the line. She worked for a year with a damaged hip, in a lot of pain. She was up till three in the morning with pain. She wouldn’t get it replaced because she didn’t want to let the players down during that (2016) Olympic period. The pain she was in, was unreal, and the players seen that.”

It’s not just about the 11 players on the pitch, and the seven on the bench. This is an extremely close-knit team, and Maeve Glass is a huge part of that.

“It’s the fact that we know she does everything for us,” Kailen Sheridan added. “She still has the bigger smile on her face. She’s super happy, and always there for you. Anytime you need anything whatsoever last-minute, tons of time in advance she’s there for you. She’s always our go to, she’s like super woman, and mom put together. It’s in everything that she does, she’s just incredible.”

When you’re watching Canada play, keep an eye on Maeve Glass. She’ll be in the dugout with a massive smile on her face, feverishly working away, or in a mad dash to the locker room to pick something up for a player.

Canada Soccer has brought so much joy, hard work, and enthusiasm to fans across the country, but if you ask the players, it’s Maeve Glass who has brought that to each of them.