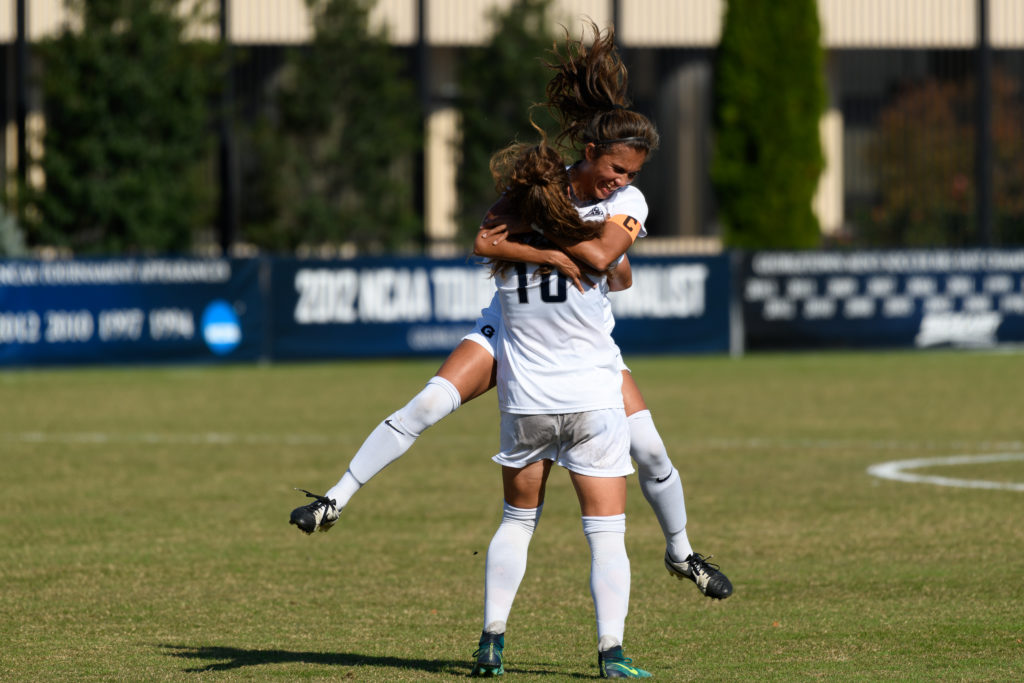 Rachel Corboz recorded a goal and assist as the Hoyas soundly defeated the Bulldogs 3-0 in the Big East final. The Bulldogs had allowed just four goals in 19 games prior to Sunday’s contest.

The Hoyas got out to a good start in their quest for back-to-back Big East conference titles as Taylor Pak scored in the ninth minute of play to give the hosts the advantage. Pak’s tally came off a corner kick from senior Corboz. Corboz served the ball in from about 25 yards out and Park rose above the Butler backline and headed into the net.

Georgetown dominated much of the first half with their patented possession style of play generating 11 shots. One of the Hoyas more promising opportunities aside from the Pak’s tally came in the 35th  minute when Schechtman cleared away a ball played in by Butler and the Hoyas worked quickly the other way. The play ended when sophomore Paula Germino-Watnick fired a shot at the Butler net that was saved by Hannah Luedtke.

Paige Monaghan, who was recently named the Big East Offensive Player of the Year,  was kept at bay throughout the game. Monaghan recorded no shot in that stanza. The Bulldogs failed to really test Schechtman, registering just three shots in the contest.

Six minutes into the second half, the Hoyas added an insurance goal. The sequence started when Meaghan Nally rocketed off a shot from about 19 yards out. Butler keeper Leonie Doege made the stop but the rebound fell right to Farrell who easily tapped it in. It marked the first time all season that the Bulldogs allowed more than a single goal in a match. Georgetown nearly added another one just minutes later has Amanda Carolyn took a shot that rifled off the post.

Georgetown would be nearly as dominant in possession as they were in the first despite Butler making personnel changes to try to create changes. The Bulldogs efforts would be in vain though. Corboz iced the game for the Hoyas with three minutes left. Butler coughed the ball up in the middle of the park and Corboz was the recipient of the mistake. She chipped Doege for her ninth goal of the season.