No surprises in Thursday’s semifinals for the Big East Conference as the two highest seeds advance to the final. Here’s an overview of yesterday’s lopsided action ahead of Sunday’s championship match. 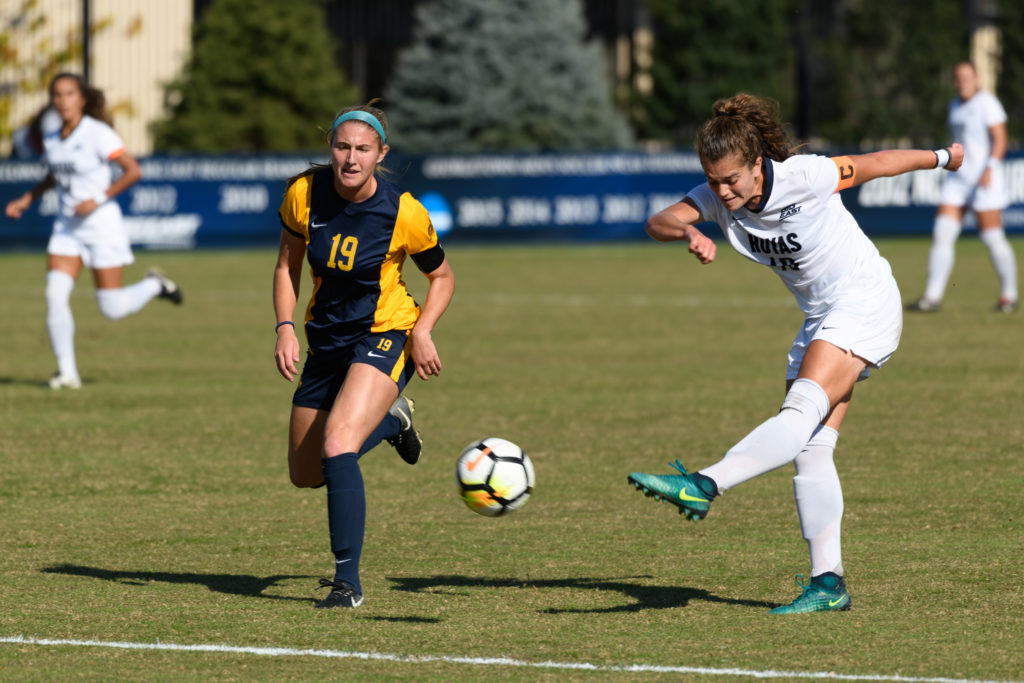 Senior Rachel Corboz scored twice and an assisted on a third to lead the Hoyas over Marquette in the first semifinal Thursday. The only goal Corboz was not directly involved in was the tenth-minute game-winner.  On that tally, outside back Meghan Nally dribbled up the field and into the box, eluding defenders in the process. She then laid the ball off to Caitlin Farrell who fired the ball into the net.

Corboz added her first four minutes later. Her strike came directly off a free kick. She would add another of the same variety in the 64th minute of play. Sandwiched between Corboz’s two tallies was a goal by Kelly Livingston.  Livingston headed in a corner taken by Corboz just over four minutes into the second half.

The stats were as lopsided as the scoreline would suggest as Georgetown outshot the Golden Eagles 21-3. The contest concludes Marquette’s season as the defending champions once again advance to conference title match.

Paige Monaghan recorded a goal and an assist in Butler’s 3-0  drubbing of the visiting Friars. The junior who was recently named the Big East Offensive Player of the Year gave Providence fits all game with her pace and work rate on the flank.Monaghan was involved in the game’s first goal as blasted a long distance strike off the woodwork in the 10th minute. Freshman Caitlyn DiSarcina then put the rebound into the net as she came crashing into the box.

The Bulldogs added two more in the second half. The first came when Julia Leonard scored in the 60th minute off a corner kick. Leonard managed to her foot on the ball after it was served into the box and bounced around a bit. Monaghan added the final tally of the night in the 74th minute when she sent a long driven ball toward the net from outside the box. Providence keeper Shelby Hogan was powerless to stop it.  Providence to manage a handful of opportunities but few really tested the most stingy defense in the country. Butler will now travel to the nation’s capital to face Georgetown.