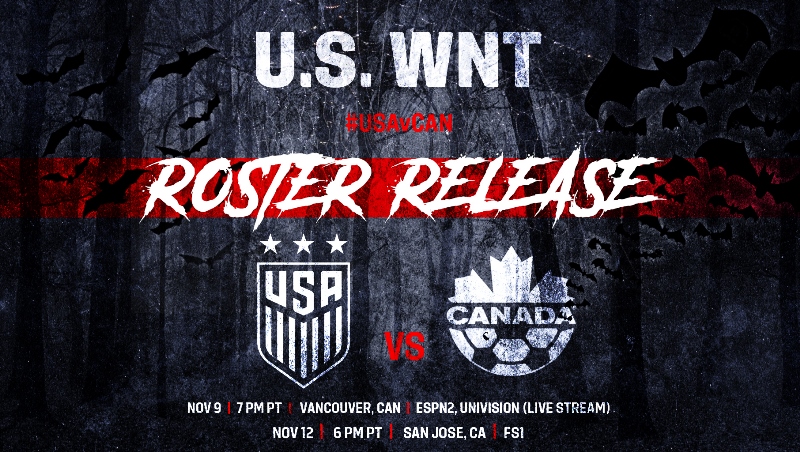 Jill Ellis has announced her final United States national team roster of 2017. Twenty-three players were called in ahead of matches against Canada on November 9 (Vancouver) and 12 (San Jose). Recently crowned NWSL Champion, Emily Sonnett has been called in for the first time in a year having last appeared for the club in October 2016. Also called in were Adrianna Franch and Chioma Ubogagu who are the only two uncapped players on the roster.

“To play Canada in Vancouver is another excellent challenge for our team,” Ellis said. “It’s a great rivalry with some classic history and these two matches in the home-and-home series will cap an important year in our growth towards 2019. We’ve targeted and evaluated a lot of players this year and moving forward, I’m genuinely excited to keep building with the group we have now.”

Notable omissions include Crystal Dunn, who was not released by Chelsea who open a Champions League tie against FC Rosengard on November 8. Morgan Brian, Rose Lavelle, and Mallory Pugh have all been left off due to injury. McCall Zerboni, who earned her first cap as a late call-in during the South Korea series earlier this month, was not called back by Ellis.

The full roster, with career caps and goals, is: