NCAA Game of the Week: Stanford retakes Pac-12 lead with 1-0 win over UCLA 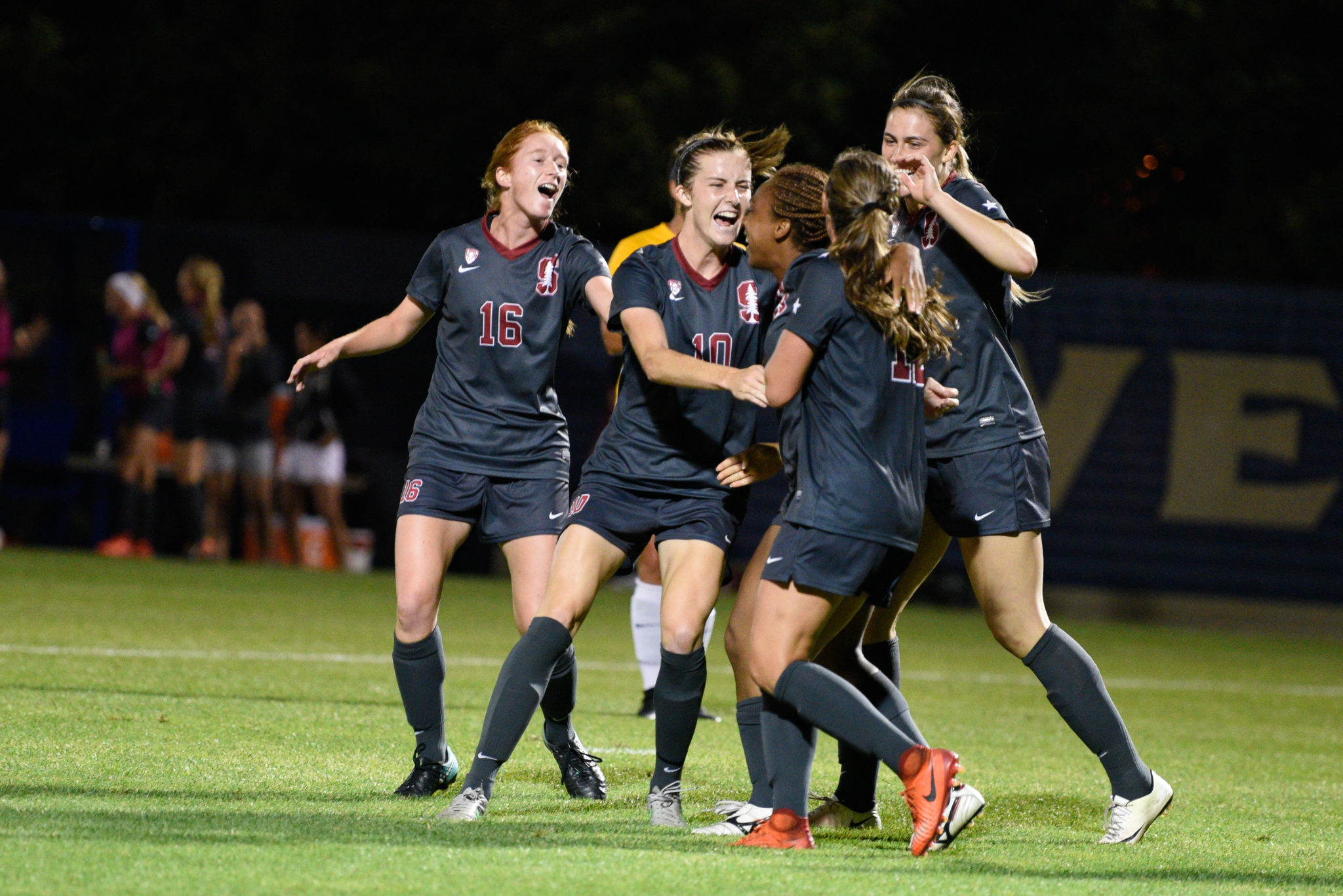 The top-ranked Stanford Cardinal notched its 14th straight win and eighth consecutive shutout with a 1-0 win over UCLA on Thursday night. Jordan DiBiasi’s 28th minute goal was the difference maker, earning the Cardinal a much-needed three points in Pac-12 conference play. Stanford can now win the Pac-12 title with a win over defending national champion USC on Sunday.

Both Stanford and UCLA have spent almost the entirety of the 2017 season at the top of the table, with Stanford recently overtaking the reign as the nation’s top team. That’s largely because of the Cardinal’s offense, the highest-scoring in the nation, which has outscored opponents 66-5 on the season. Although their offense is garnering the most attention, Stanford’s defense, anchored by center back Tierna Davidson, is the fourth best in the nation.

UCLA isn’t a team to scoff at though, especially not with the likes of Jessie Fleming, Ashley Sanchez and Hailie Mace on the roster. Mace currently leads the Pac-12 in scoring with 13 goals, while Sanchez has made a strong case for Freshman of the Year. Although Fleming’s four goals and seven assists may not sound too noteworthy, her contributions on the field extend beyond the stat sheet, and she’s arguably one of the best collegiate players in the game.

As a result of two such strong rivals facing off, it’s no surprise that the match got off to a quick start, with both teams creating scoring opportunities in the opening two minutes of the match. The first occurred just eight seconds into the match with Mace creating a chance on goal for the Bruins, only to be unable to finish. As was the case multiple times in the first half, Stanford immediately countered, and Catarina Macario and Kyra Carusa connected for an opportunity on goal, but Carusa put too sharp of an angle on her shot, sending it wide of the near post.

Mace nearly put the Bruins on the board halfway through the first half, but her shot deflected off the underside of the crossbar, landed on the goal line, and bounced back out into play. The attempt was ruled a non-goal, which the UCLA bench and home crowd vehemently disagreed with. In a halftime interview, head coach Amanda Cromwell said the UCLA staff had asked the officials to review the non-goal via video replay, but the call on the field stood.

Instead, Stanford was the first (and only) team to strike, taking the lead just two minutes later via Jordan DiBiasi. The Cardinal earned a corner kick at the near corner, and the service bounced around in the scrum in front of goal before Alanna Cook headed the ball to DiBiasi. DiBiasi split a defender and goalkeeper Teagan Micah with one touch to score her sixth goal on the season and put the visitors on the board.

?: Watch Jordan DiBiasi’s 6th goal of the season give #1 Stanford the lead over #6 UCLA.

Carusa nearly found her way onto the board early in the second half when Micah came off her line and, noticing that, Carusa attempted to chip the Bruins keeper with a header from the top of the area. Her shot took a bounce and nearly crossed the goal line, but sophomore defender Kaiya McCullough came in clutch with the goal-line clearance to prevent Stanford from doubling their lead.

That helped pave the way for a Bruin surge of momentum around the 70th-minute mark, with Cardinal goalkeeper Alison Jahansouz being forced to make two big saves within minutes of each other. In the first, UCLA nearly capitalized off a corner kick, with Gabrielle Matulich heading a hard shot on frame. Jahansouz took flight and got just enough of her fingertips onto Matulich’s header to deny a Bruins equalizer. For the second, the keeper threw her body into traffic to collect a dangerous bouncing ball inside the area.

Watch this massive intervention from @alisonjahansouz to keep the score in Stanford's favor. ?: @Pac12Network #GoStanford pic.twitter.com/HH4aawzYpw

The game took a scary turn for the Bruins in the final 10 minutes when MacKenzie Cerda’s clearance attempt deflected off of her teammate and back towards goal. Luckily for Cerda and UCLA, Micah was able to collect the ball, preventing a late own goal that would have handed Stanford an almost sure win. Even with Micah’s stop, UCLA was unable to level the score, and Stanford earned a massive win over their Pac-12 foes.

Stanford will now look to claim the Pac-12 title with a win over No. 5 USC on Sunday before closing out the 2017 regular season on Friday, November 3 against No. 16 California. UCLA also retakes the field on Sunday against Cal before closing out their Pac-12 play against USC on Friday. All four of those matches will be televised on the Pac-12 Networks.