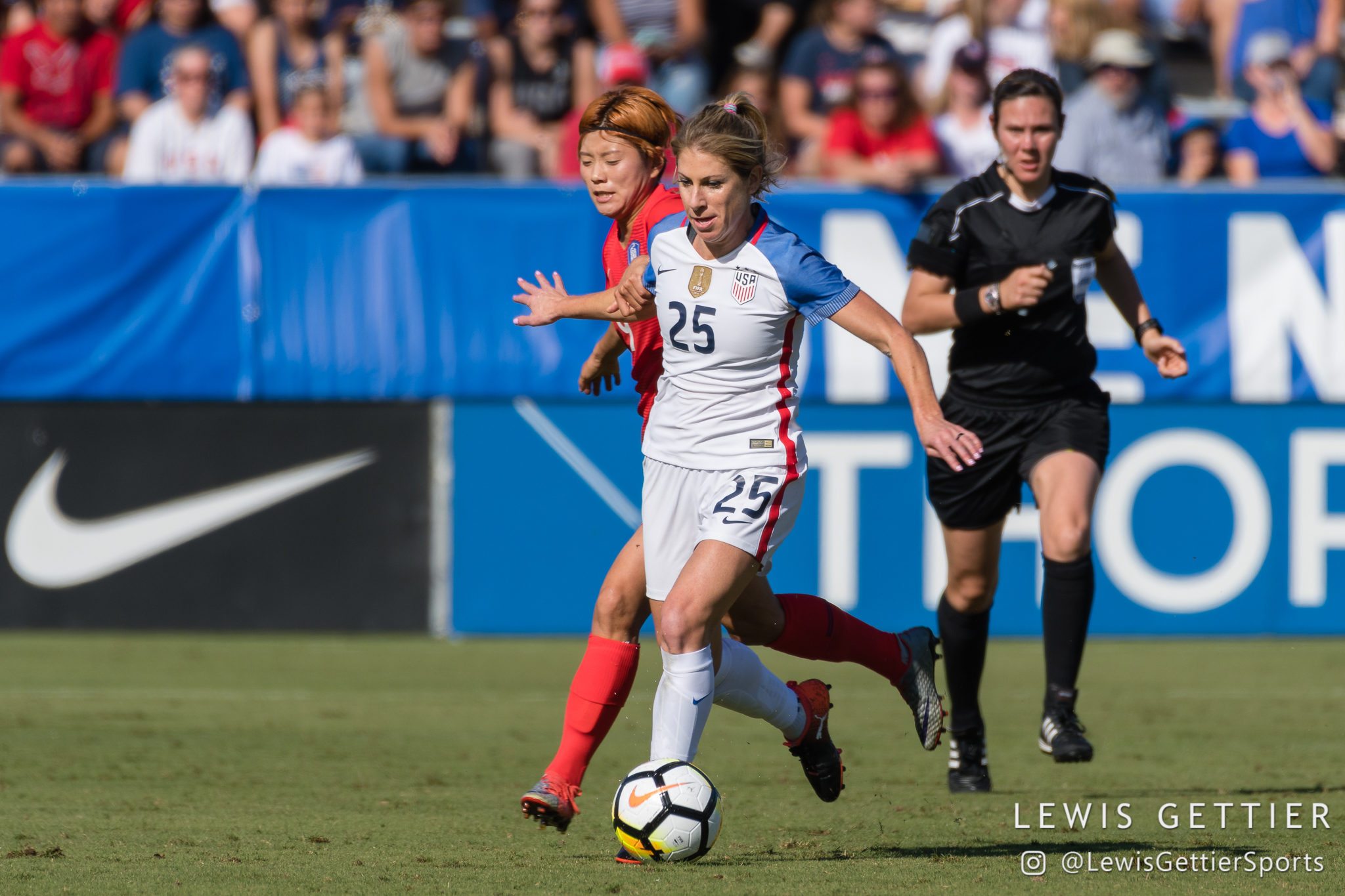 McCall Zerboni, 25, during her debut cap for the USWNT (photo copyright Lewis Gettier)

Following a weekend when the United States finished off a two-match domination of South Korea, we’re here to get up you up to date on the latest from UEFA World Cup qualifying.

The following tables are up to date through Sunday, October 22. The seven group winners qualify for the 2019 World Cup in France. An eight spot is available to the four best runners-up based on performance against teams finishing 1st, 3rd, and 4th in each respective group.

When I saw that Zerboni left the field after her first cap and went to train our youth players. Wow, just wow. Salt of the earth and teaching those kids way more than just about soccer.