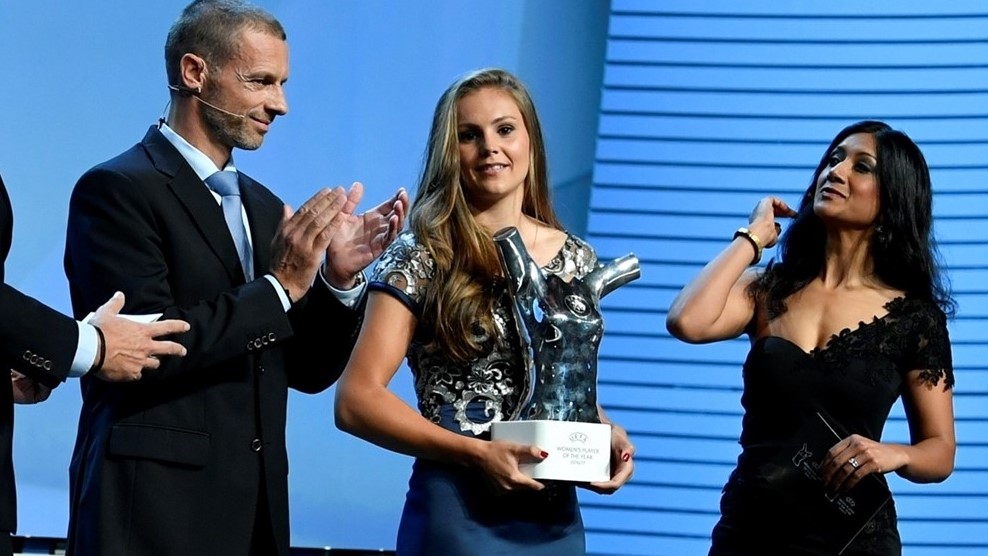 The Netherlands’ popular victory on home soil has resulted in the side’s best player and coach honored with FIFA Best awards. EURO Golden Ball winner Lieke Martens and Netherlands coach Sarina Weigman were named Player and Coach of the Year respectively during an award gala in London on Monday.

Martens scored three goals in six matches during the EUROs to help the Netherlands take home the trophy. All three of her goals broke ties. On the club level, Martens completed a fabulous season with FC Rosengard that saw her score 20 times in 29 appearances. She joined Barcelona this fall and has a pair of goals as part of that side’s 6-0-0 start.

American Carli Lloyd was in the final three but fell short of what would have been her third consecutive FIFA World Player on the Year award. The other finalist was Venezuelan international and Florida State player Deyna Castellanos.

Weigman expertly guided the Netherlands through the EUROs where they dealt not only with regular tournament pressure but the distractions that come with playing a major tournament on home soil. Oranje continued to play free-flowing, attacking football and wound up beating Denmark, 4-2 in a wild final match in front of a sellout crowd in Enschede.

Martens is the first Dutch woman to win FIFA’s year-end award and Weigman, who was born in The Hague, is the first coach of either gender born in or affiliated with the Netherlands to be so honored.

The Netherlands will host Norway on Tuesday in a pivotal World Cup qualifier meaning that neither Martens nor Weigman were present to accept their awards.