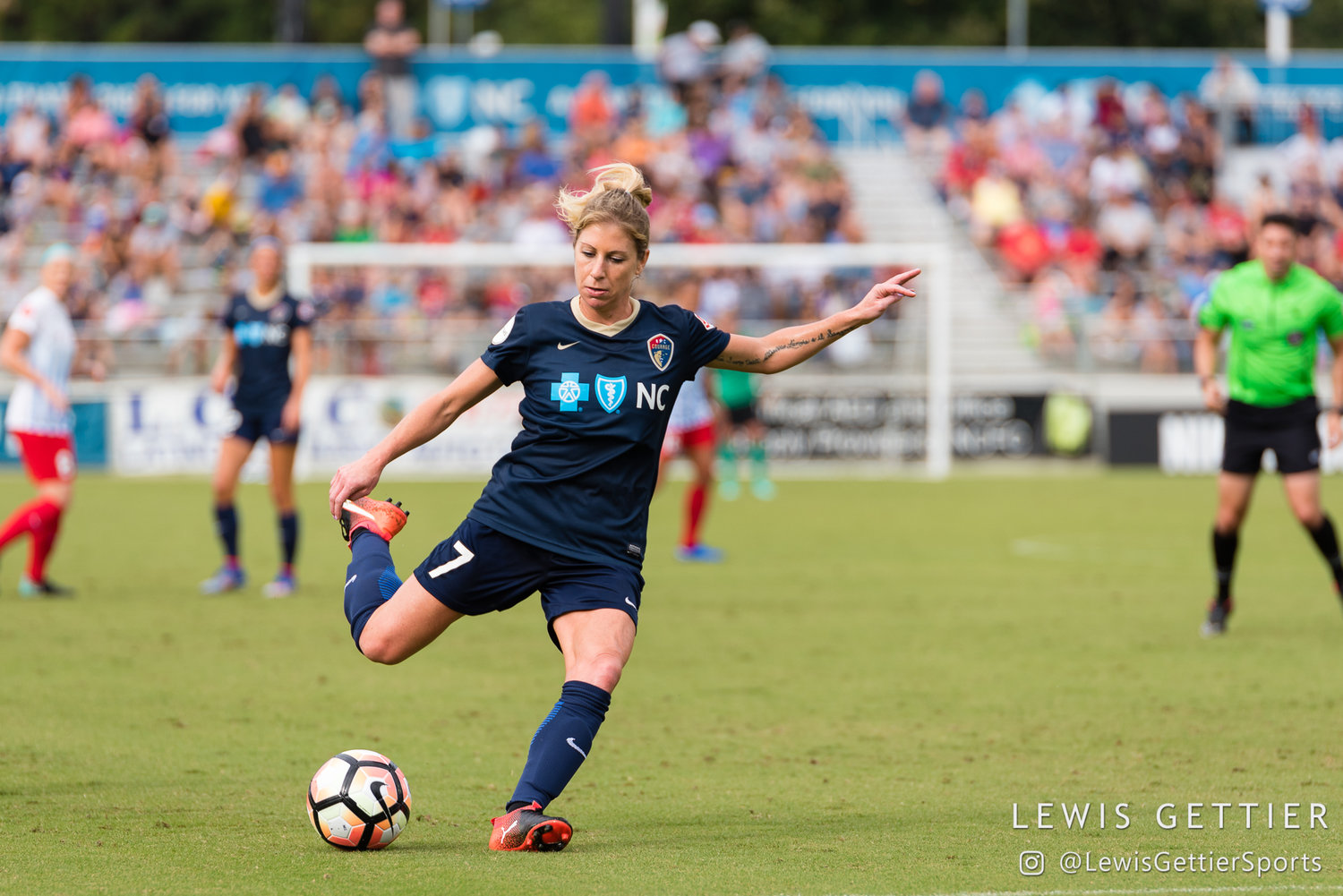 McCall Zerboni has received her first call up to the United States national team. U.S. Soccer announced on Friday that Mallory Pugh has departed the trip after taking a hamstring injury during Thursday’s win over South Korea and that Andi Sullivan has been returned to Stanford. In their place, Zerboni was called in making her the rare player called in for the first time after turning 30.

Zerboni was on the U-17 national team in 2003 but did not climb all the way to the top. She enjoyed a fantastic 2017 season with the North Carolina Courage that saw her recognized by being named to the NWSL Best XI. The Courage lost to the Thorns in the NWSL Championship which was Zerboni’s sixth final since 2009.

Courage head coach has long been a public proponent of Zerboni being given a chance with the national team. His latest was in the post-match press conference over the weekend when he waxed poetic about how many internationals were on the pitch. He then turned to Zerboni, who was at the podium with him, and said there should have been one more.

Sunday’s match is at Sahlen’s Stadium in Cary, North Carolina where Zerboni and the Courage play their home matches. The U.S. was already without Taylor Smith and Tobin Heath, both of whom emerged from the NWSL Championship with injuries. They were not replaced on the camp roster.

U.S. Soccer did not immediately offer any long-term prognosis for Pugh.