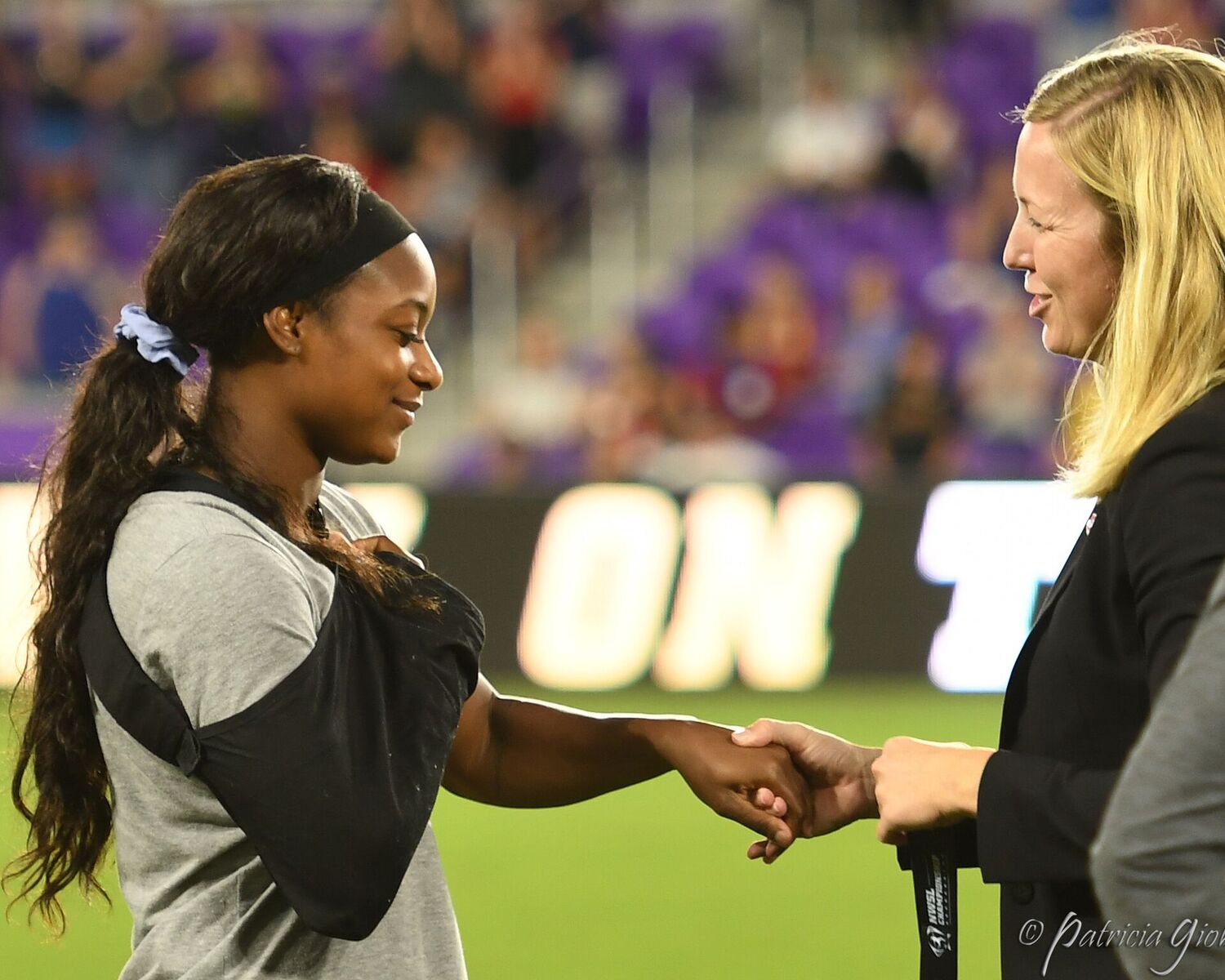 The United States women’s national team kicks off a two-game set against South Korea on Thursday evening at the Superdome in New Orleans. The teams will meet again Sunday at Sahlen’s Stadium in Cary, North Carolina. Jill Ellis’s side will be looking to build on a pair of strong performances last month against New Zealand.

The USWNT will be without Taylor Smith and Tobin Heath, both of whom emerged from last weekend’s NWSL Championship with injuries. Smith was injured in the 2nd minute when Heather pushed her from behind. The North Carolina Courage confirmed earlier in the week that Smith had suffered an AC joint separation. She attempted to remain in the match but lasted only a few more minutes before asking off.

Heath went down holding her ankle on multiple occasions during the match including once near full time when she got up barely able to put any weight on it. She wound up returning to the match and playing the full 90 minutes. U.S. Soccer said Heath was out of the camp with an ankle injury but did not expand on the diagnosis.

Neither Smith nor Heath will be replaced for the USWNT. Smith’s absence could open the door for Sofia Huerta to make her first start for the U.S. at right back.

As for South Korea, coach Yoon Deok-yeo did not bring his best possible roster to the United States. Instead he will look to test some of his younger players against the reigning world champions. Among those left home was goalkeeper Kim Jung-mi, the only Korean from the 2003 World Cup to play again in 2015.

“We didn’t necessarily bring our best roster for this trip,” Yoon said a day ahead of the Thursday night match, “but we have young players in the roster that have the potential to grow and lead our national team in the future.”

Captain Cho So-hyun said South Korea will play its own style against the U.S. and that they will be looking to see how it stacks up. “Regardless of the score, we try to play our way, the way we prepared. This is the process of preparing for a big upcoming event. We want to try to play the way we want to.”

Following these matches, the United States will conclude 2017 with a home and home against Canada in November. The Koreans will face China, Japan, and North Korea in the East Asian Cup in December.

Hal Kaiser contributed to this report

As South Korea visits USWNT, domestic league back home is in flux
2017 NWSL Defender of the Year: Abby Dahlkemper