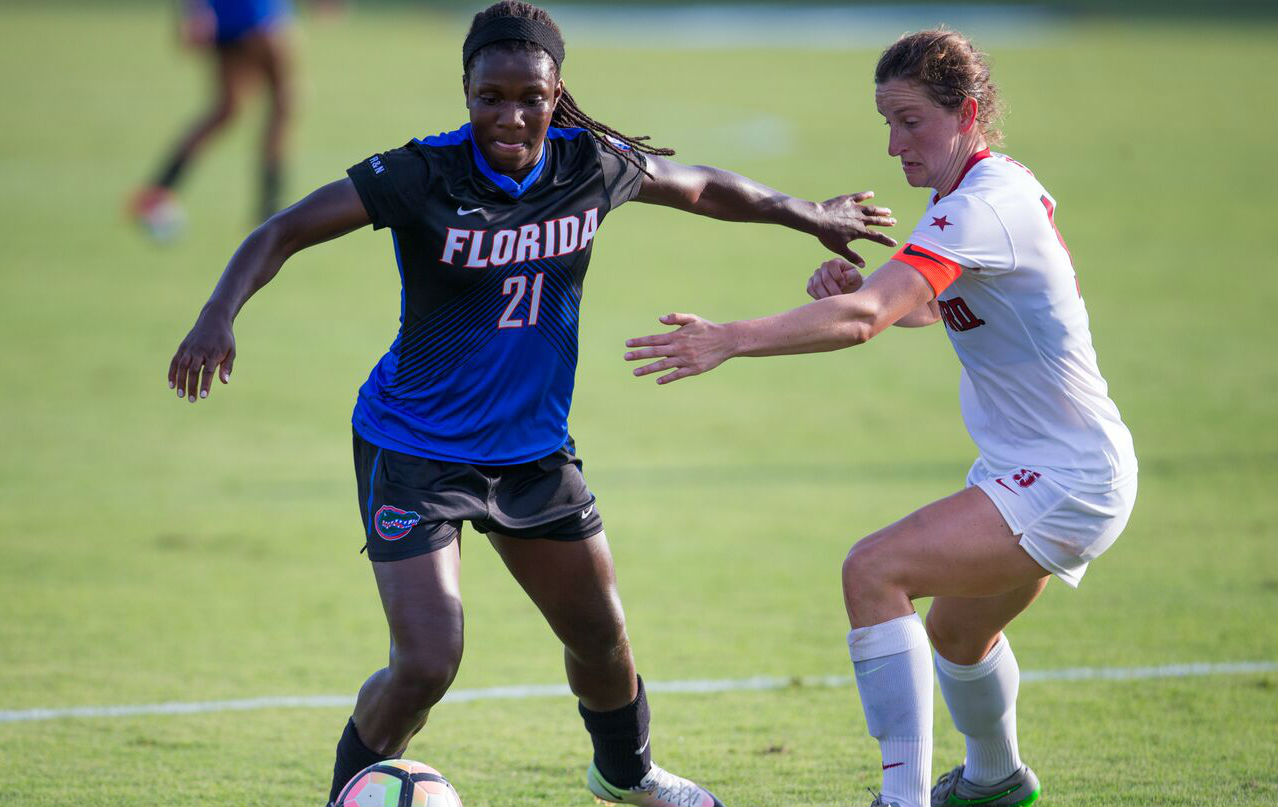 NCAA GAME OF THE WEEK 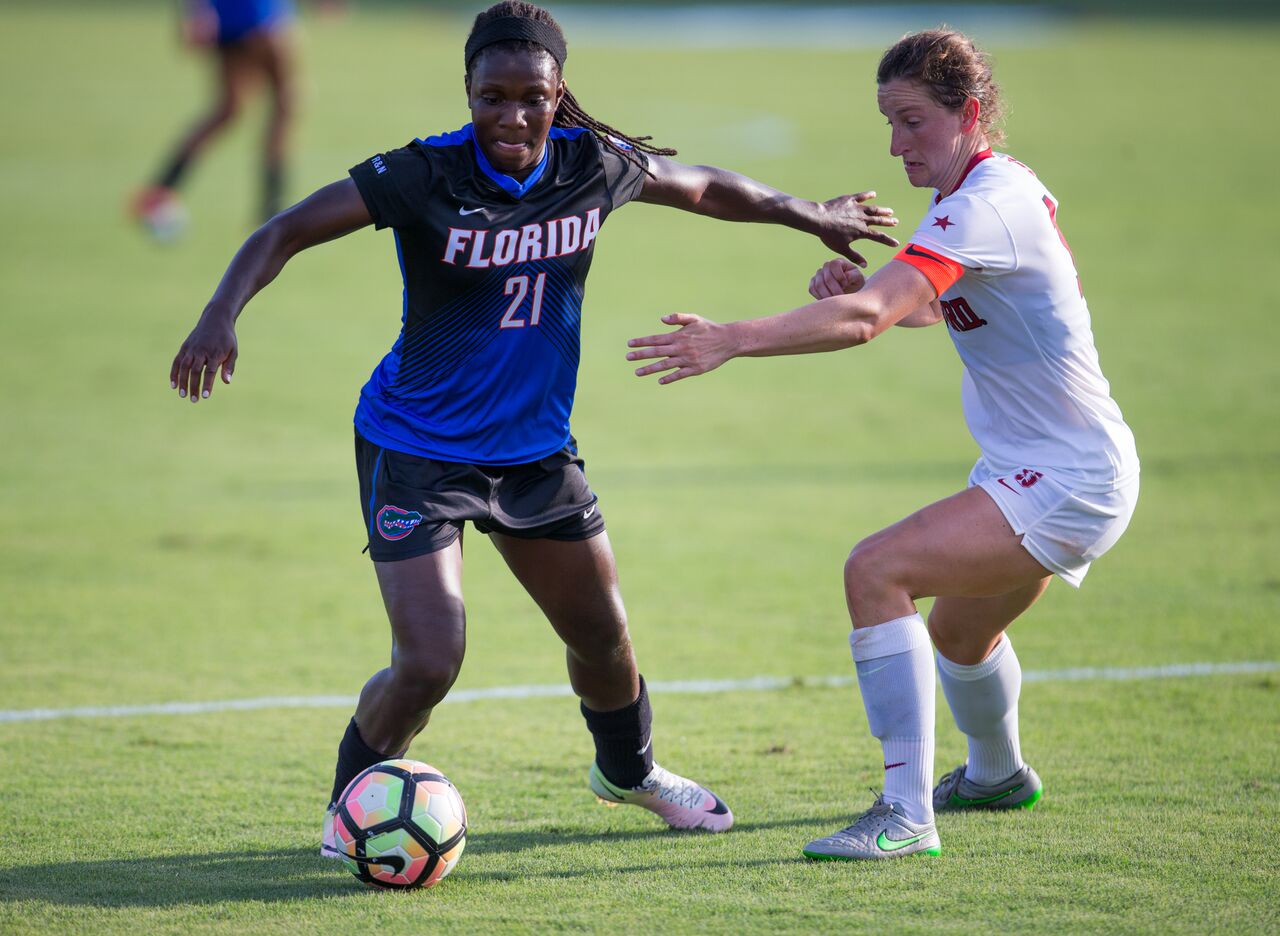 Freshman Deanne Rose has been a crucial piece of Florida’s attack this season. (photo by Matt Stamey/courtesy of Florida)

Florida comes into week 10 looking to regroup from a tough showing last week, which saw them drop a non-conference game to rival Florida State and a conference game to unranked Auburn. Sunday’s contest will be a good chance for the Gators to get back on track against a formidable opponent, the Tennessee Volunteers. The game could have implications for the SEC postseason tournament as Tennessee and Florida are currently third and fourth, respectively in the standings.

Key for the Gators’ chances will be the offense which came up empty in both outings last week after being a shutout only once previously on the season.  Freshman and Canadian international Deanne Rose may be the Gators’ best chance to break the drought. Prior to last week, Rose had been in fine form, overtaking Gabby Seiler as the team’s leading scorer. Kaylan Marckese’s play in net is also worth tracking.  Marckese committed an unfortunate mental error in the opening minutes in last week’s match against the Seminoles, picking up a back pass from Kristen Cardano which in turn led to Florida State’s first goal.

For the Volunteers, keep an eye on the speedy Bunny Shaw, one of the other brightest newcomers to the SEC this season. The Jamaican international and junior college transfer has 13 goals on the season, tied with Mississippi’s CeCe Kizer for most by any player in the SEC. A win against the conference’s most storied program could be a psychological boost as the Volunteers are currently enjoying their most successful season of the Brian Pensky era.

How to Watch: BYUtv

It may be a down year for the Cougars after losing recently-crowned NWSL Rookie of the Year Ashley Hatch and 2016 WCC Player of the Year Michele Vasconcelos, but BYU still has noteworthy talent. Seniors Madie Mathews and Nadia Gomes, the latter of which was the 2015 WCC Player of the Year, pace BYU with five and four goals respectively. Taylor Isom, who anchors the Cougars backline, has also seen time with the U-23 national team.

Pepperdine, meanwhile, enters this week unblemished in conference play (4-0-0).  Bri Visalli, the reigning WCC Player of the Week, leads the Waves with 10 goals on the season. Visalli, the team’s captain, was involved in all four of Pepperdine’s tallies last week in a 4-0 win over Gonzaga. Visalli will look to stay hot as the Waves go on the road and play against the team that boasts the highest average home attendance in women’s college soccer.

No.  22  Butler  Bulldogs vs. Georgetown Hoyas

How to Watch:   FoxSportsGo (BEDN)

Simply put, Butler is one of the best teams in college soccer this season that you probably haven’t seen. The Bulldogs’ calling card is its well-organized defense. Butler, statistically speaking, is the stingiest defense in all of women’s college soccer. The team has allowed just three goals all season for a .186 goals against average.

If there’s any team likely to give Butler its first loss in conference play, Georgetown would have to be near the top of the list. The converse of the defensive-orientated Bulldogs, the Hoyas are known for their high powered offense. Rachel Corboz, Georgetown’s midfielder maestro, could be the key to unlocking the Bulldogs’ backline. The skillful senior leads the Big East in assists with nine.  On Sunday, it will be intriguing to see which team’s strength reigns supreme.