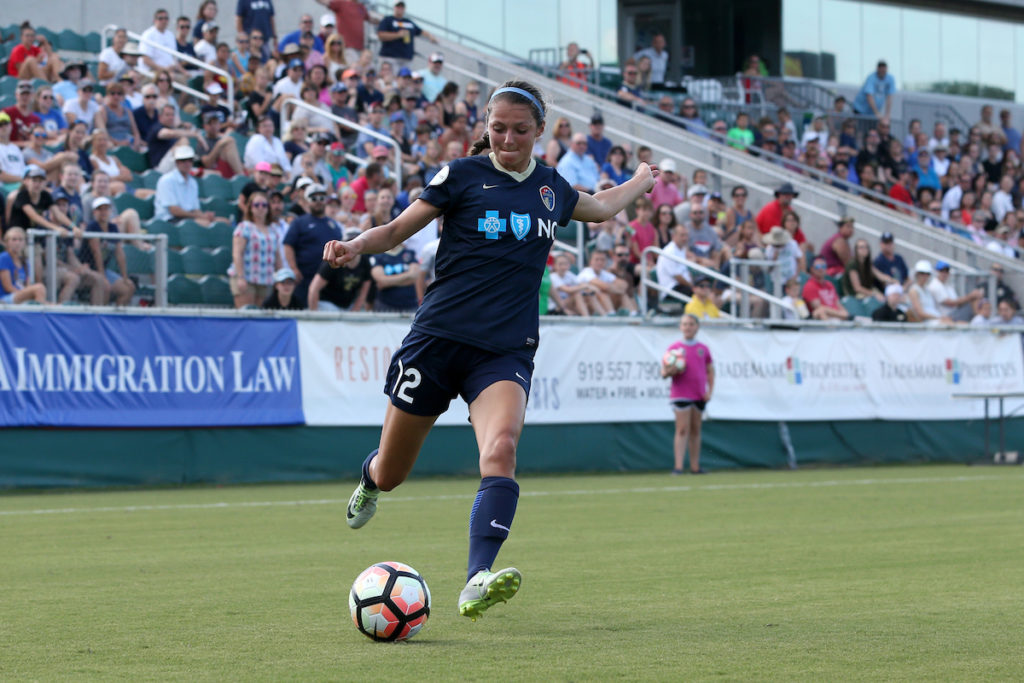 Ashley Hatch scored 7 goals for the Shield winning Courage and was named NWSL Rookie of the Year.

Ashley Hatch has been named NWSL Rookie of the Year. The no. 2 overall pick out of BYU scored 7 goals for the North Carolina Courage helping them to the Shield and an NWSL Championship appearance in their first season after relocating from Western New York.

Hatch began the season getting sparse minutes and gradually worked her way into a starting role she held through the playoffs. During the Courage’s season-opening four-game winning streak Hatch made three appearances totaling 13 minutes. At the time it appeared Rose Lavelle was the runaway Rookie of the Year winner, but an injury suffered during national team duty cost her most of the rest of the season and threw the race into disarray.

Hatch made her first start for the Courage on June 3 and marked it with her first NWSL goal. Hatch then scored in the next two matches as well. Three of her 7 total goals were game-winners.

Hatch beat out the Washington Spirit duo of Mallory Pugh and Meggie Dougherty Howard for the honor. Her coach Paul Riley was named Coach of the Year on Monday.

NWSL Rookie of the Year winners