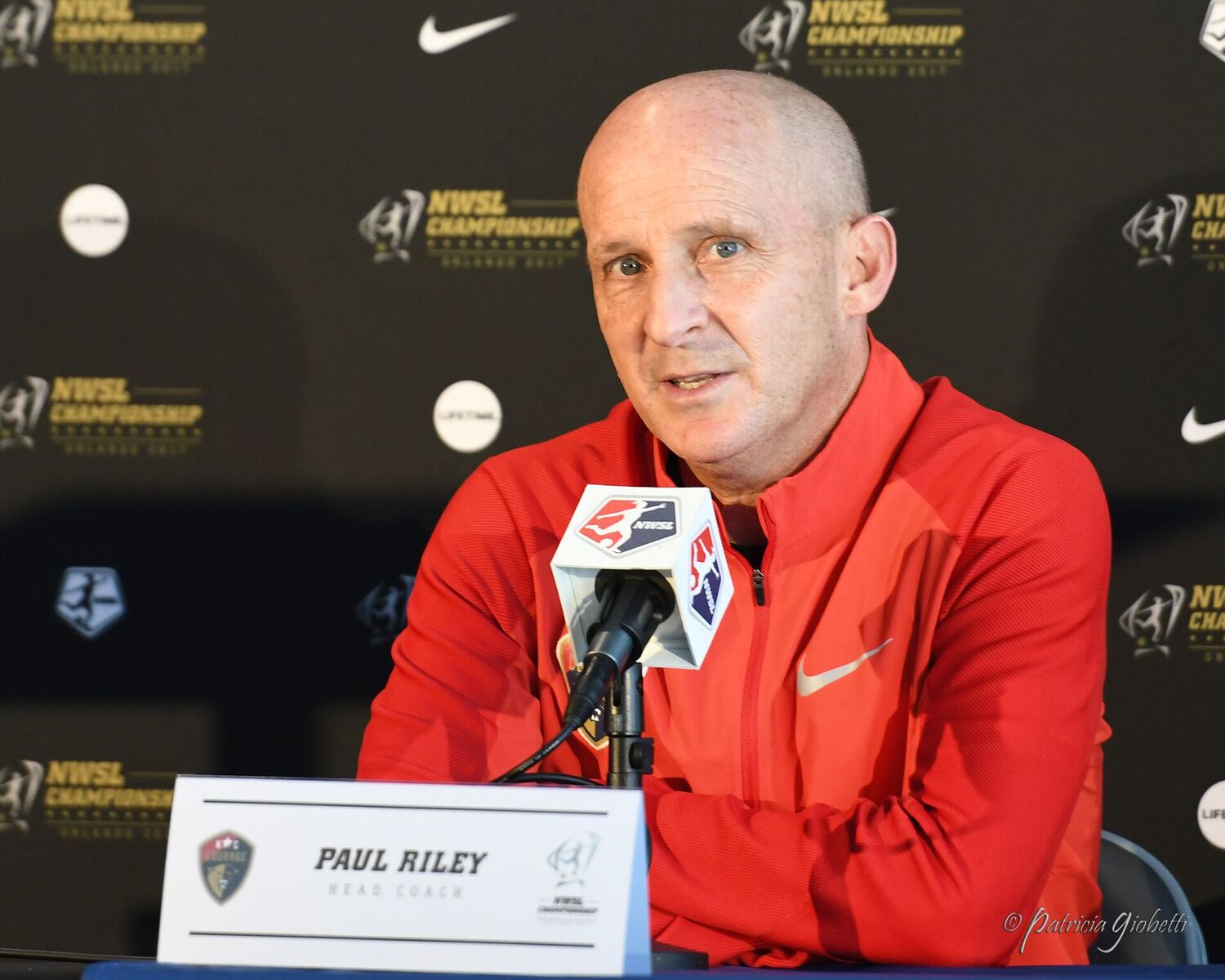 Paul Riley has been named NWSL Coach of the Year after guiding the North Carolina Courage to the Shield in near wire-to-wire fashion. The Courage opened the season with four consecutive wins and were in first place all but one Monday this season when the Red Stars jumped them thanks in part to having played more matches at that time. The Courage finished 16-7-1 (49 pts) to tie the 2014 Seattle Reign for most wins in an NWSL season.

Riley beat out Rory Dames and Tom Sermanni for the honor. It is Riley’s first Coach of the Year nod in NWSL but he was WPS Coach of the Year in both of his seasons in that league, 2010 and 2011. The Courage lost Saturday’s NWSL Championship to the Thorns 1-0 but being recognized as the league’s best coach in the same season as losing a final is not a new experience for Riley. His Philadelphia Independence lost the final in both 2010 and 2011.

This is the fourth season in a row the Coach of the Year—which was voted on before the start of the playoffs—coincided with the Shield winners. Only Vlatko Andonovski with FC Kansas City in 2013 won the award without the Shield. The Blues finished second behind Aaran Lines’s Western New York Flash that season.

Riley was born in Liverpool making it four years running that the Coach of the Year has hailed from England. It is also the only individual NWSL award yet to be won by an American. Andonovski is from Macedonia.

NWSL Coach of the Year Winners