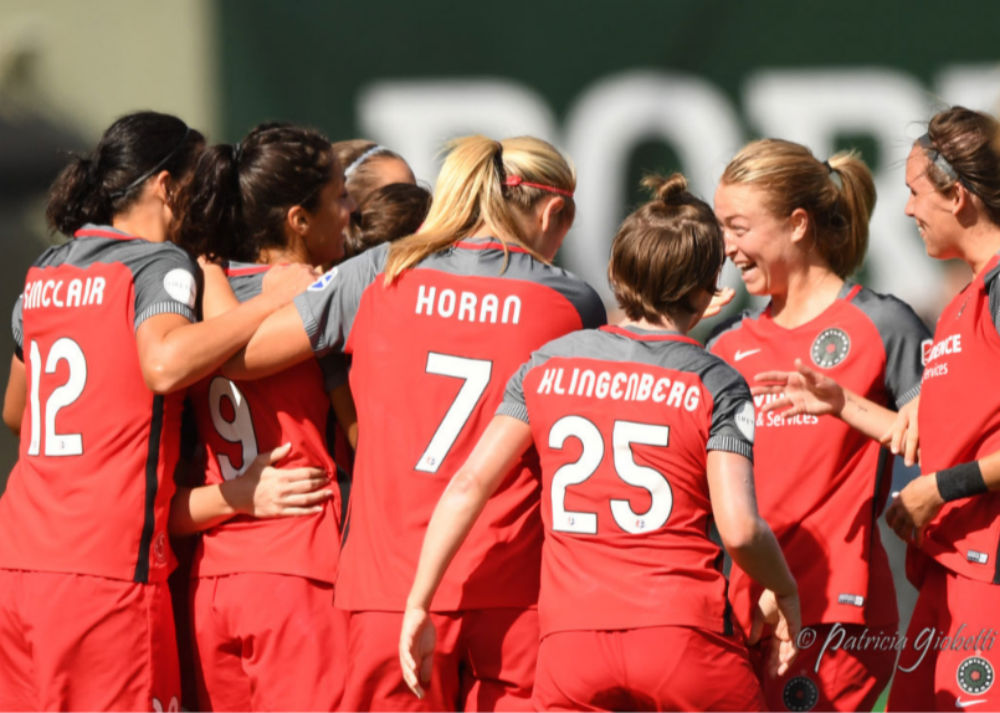 It was sure to be a physical match going into this Saturday’s NWSL final, considering both the Portland Thorns and the North Carolina Courage are known for athletic play and deep competitiveness. However, no one could have quite predicted exactly how choppy the match would get, with the Thorns finally coming out on top 1-0 off a Lindsey Horan strike in the 50th minute, capitalizing on a NC defensive lapse during a long free kick.

The tone for the match was set in just the 2nd minute of play, when Tobin Heath crashed into  North Carolina right-back Taylor Smith, who badly hurt her shoulder on the play. Despite trying to gut through the pain, Smith had to be substituted for Mackenzy Doniak in 12th minute, taking a huge portion of North Carolina’s width and speed out with her. North Carolina adjusted, slotting Kristin Hamilton into the right side, but it was clear that Portland had come out ready to physically take on every challenge in the match, and that the officiating was going to allow them to do that.

This didn’t stop some impressive play from the North Carolina midfield, particularly Sam Mewis, who took a shot from midfield in the 14th minute that hit the crossbar.

However the Courage’s injury woes continued in the 37th minute of the match, when Hamilton’s legs awkwardly stretched out in a tangle with Heath, and she herself had to leave the match in the 39th minute, being replaced by forward Jessica McDonald. This forced the Courage to pull Doniak into the right back position, and Denise O’Sullivan into the midfield. It was looking like the match was truly getting out of hand, but the half ended up scoreless, with both teams certainly thankful for the break to regroup.

The second half started similarly to the first, with some stoppage of play, and that was what led to the lone goal off the affair. A free kick to the Thorns was called near the halfway line, which was sent in by Emily Sonnett. The ball grazed Amandine Henry, and bounce to the NC far post due to some indecision from the North Carolina defenders and keeper Katelyn Rowland. Lindsey Horan was sitting there almost unmarked, and made no mistake in rocketing the ball into the back of the net to put Portland up 1-0.

North Carolina spent the rest of the half looking for the equalizer, but their midfield press had trouble finding ways to get behind the continuously organized Portland defense, especially without the help of Smith, and when NC did find themselves in front of goal their strikers had difficulty being clinical with their shots (with all due credit to Thorns center-backs Sonnett and Emily Menges, who had very solid matches).

Despite the Courage giving all they had to make the Thorns nervous in the waning minutes of the match, the Thorns were able to hold on to their one-goal lead and finish out the season with their second NWSL championship, joining FC Kansas City in the two-timers club.