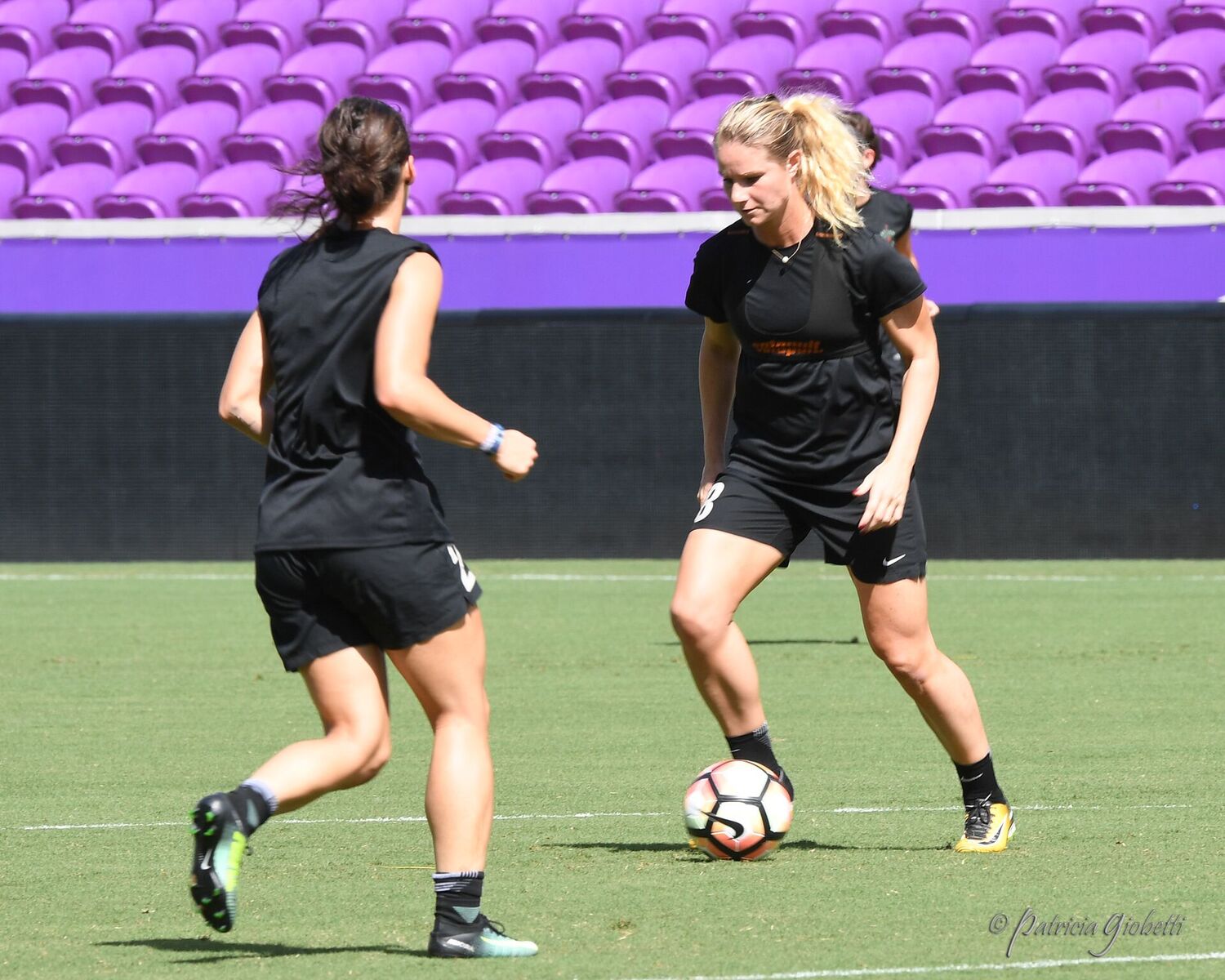 It’s NWSL Championship day. The North Carolina Courage, who launched their brand after moving from Western New York, ran away with the regular season Shield and edged the Red Stars in last weekend’s semifinal. Standing in their path are last year’s Shield winners, Portland Thorns FC. The Thorns’ Shield season ended in heartbreak when the Flash upset them 4-3 in extra time in the semifinal. Chelsey Bush and Dan Lauletta go point by point to break down Saturday’s championship encoubter.

Is this a rematch of the 2013 NWSL Championship?

Dan:Yes. I get that Courage and Flash fans won’t agree, but the references to last season by Courage players and especially Paul Riley this week has to be approaching 100. Simply put, the Courage are an evolution of the Flash. They were sold as is, with player contracts transferred. The league can spin it any which way they’d like, but this is a rematch. Also, if the Courage win, who is going to tell Sam Mewis and Abby Dahlkemper (among others) they didn’t just win back-to-back championships?

Chelsey: I agree. I know the Thorns players have referenced “unfinished business” with regards to not getting to the championship game last year. It’s unfortunate that the relocation of the team will deny the Courage that pedigree and star over their crest, especially if they win again this year, but it doesn’t change the fact that 75% of the players are the same, and that their success this year is incumbent upon building on last year’s chemistry and relationships.

Both teams like to push their fullbacks up the pitch and get them into the attack. Who do you think will win that battle?

Chelsey: I’m leaning toward Portland. While the Courage have speed on their side, I give the defensive edge to the Thorns. I’ll reference last week’s semifinal in which Taylor Smith got up the field at will but rarely did much when she was down there because she ran into Casey Short. While Meghan Klingenberg is no Short, she has Emily Menges to back her up. On the flip side, I think Klingenberg, particularly with Tobin Heath to assist her, is probably strong enough on the ball to get past Smith. Then on the other flank, Katherine Reynolds is a very strong 1v1 defender and ought to make Jaelene Hinkle pause.

Dan: This is a very good question. My first thought was to try and counter Chelsey and say the Courage, but I’m not sure I can really talk myself into it. On one side, Meghan Klingenberg has had a dynamite second half and it feels like a majority of Thorns goals run through her in some way, shape, or form. On the other side, Reynolds is the least offensive of the four and a very good individual defender so she can easily win her flank even if Jaelene Hinkle gets more miles. One thing is that the Courage have a bit more ability to get wide with their midfield so if they choose to go that route it could swing things a bit. But I’ll say the Thorns narrowly.

Who is a player on the Courage who is key to them winning the match?

Dan: Easy. Lynn Williams. Paul Riley says she is a better player this season despite a drop in production. We can debate that another time. This is the last game of the season, and Williams can be as improved or sophisticated as anyone in the world today, but the Courage just need her to score. Williams has had issues in the final third this season and other spells when she has been just plain quiet like in the semifinals. We know how good the Courage defense is, but they need someone to score against the stingiest defender in the league.

Chelsey: I’m going to go with McCall Zerboni. It’s no coincidence that the Courage’s tremendous season coincided with one of her best professional seasons ever. She is essential. In this match in particular, I think they’re going to use her more defensively to try to mark Christine Sinclair, or possibly Lindsey Horan, out of the game, and if she can successfully do that with either one, she strikes a big blow to the Thorns’ offense.

Who is a player on the Thorns who is key to them winning the match?

Chelsey: Lindsey Horan. She is the engine in their midfield and has significantly improved defensively this year. If she doesn’t have a good match, it’s going to affect the Thorns on both sides of the ball and probably make them lose the midfield battle. Without Horan pushing up, that leaves Sinclair isolated and takes away their power to strike up the center of the pitch.

Dan: Nadia Nadim. I know she is not likely start but I would be surprised if the match is decided by the time she comes in. Not only does Nadim’s presence help the Thorns maintain the depth edge in the match but she is a perfect player to try and slide into pockets between tiring defenders late in the match. My gut is she will need to be effective in order to have a chance.

Who do you predict to win?

Dan: This is a close call between two excellent teams that are difficult to break down. The Thorns defense likes to sit deep and not allow teams to get in behind which is somewhat similar to how the Spirit stifled in the then Flash in last year’s final. I’ll take the Thorns with Nadim scoring the only goal late and riding off to Manchester City as an NWSL Championship MVP.

Chelsey: Both teams are extremely confident and are peaking at the right time. I’m going to go with Portland as well because their finishing has been lethal recently. They make the most of every chance they get whereas North Carolina hasn’t been as efficient in front of goal. With Williams being rather quiet at times and Hatch working well on her own but not quite so much in partnership with Williams, I think that can hurt their attack. So I take the Thorns as well, off a set piece goal.