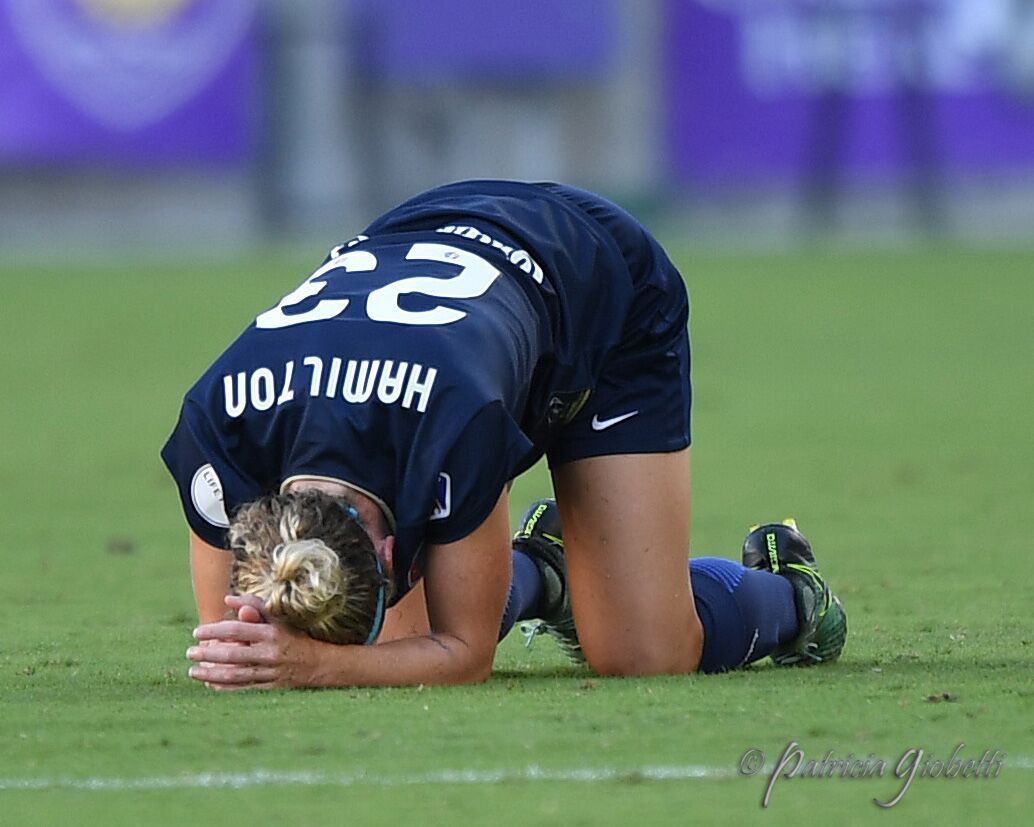 North Carolina head coach Paul Riley said the better team didn’t win tonight’s championship match. If you looked only at the first half, he’d probably be right. However, as Portland has done all season long, they grew into the match and began to impose their will in the second half. No team capitalizes on rare opportunities more than the Thorns, and in the one real moment of poor defending, Lindsey Horan scored. That, plus a heck of a lot of good defense from the Thorns backline, sealed the deal and denied the Courage their second piece of hardware this season.

WHERE WERE THE IMPACT PLAYERS?

While I wouldn’t say any Courage player had a truly poor game, a few of them were too quiet, and in a high stakes game against a top notch opponent, they needed every single player on their game for 90 minutes.

Samantha Mewis was my choice for the Courage’s MVP this season. With McCall Zerboni alongside her, she’s grown into her role as the boss of most midfields she encounters. However, after a strike from midfield that rocked the crossbar in the 14th minute, she fell off. Effectively marked out of the game by Lindsey Horan, Mewis was unable to contribute enough offensively. The day before the match, Riley said Mewis has become a leader in the locker room and will captain the USWNT one day. One quiet game doesn’t negate that possibility, but she didn’t step up and demonstrate that leadership in one of the biggest games of her career.

Lynn Williams and Ashley Hatch have scored the lion’s share of the Courage goals this season. You wouldn’t have known it by this match, when Hatch recorded only one shot (off target), and only two of Williams’ four shots were on target, neither giving Adrianna Franch too much trouble. Much of that credit must be given to the Thorns’ tremendously hardworking backline, but in a game like this, where chances are going to come few and far between, teams rely on their strikers to come up big, and none of them did. Jess McDonald, who at one point this season was the NWSL all-time leading scorer, was also not dangerous enough, completely whiffing a loose ball in the box. She was an early sub after substitute Kristen Hamilton had to be taken off in the 39th minute with an injury.

“Maybe ten minutes,” said McDonald when asked how long she had expected to play going into the match, adding that she had to quickly adjust her mindset but that she was excited to get more time on the pitch.

Whether it’s the goalkeeper with an acrobatic save, a defender with a goalline clearance, a midfielder with a quick long ball, or a striker with a one-touch shot, impact players are what make the difference between a championship team and a runner-up. The Thorns had those players in those moments, and the Courage did not.

THE RIGHT BACK SWITCH

Much of the discussion of this match is going to revolve around whether or not swapping right backs not once but twice was detrimental to the Courage’s chances at success. The easy answer is that of course moving to a third-string choice who had never played fullback before hurt their chances. However, the eye test doesn’t support that.

The Courage controlled the majority of the first half, keeping the Thorns pinned in their defensive half for long stretches. Neither substitution appeared to rock them too much; in fact, the Courage never looked panicked and unorganized until the Thorns scored.

“We just had to adjust and I think the girls that came into those positions did well. There was a lot more communication there,” said centerback Abby Erceg. “I still don’t think they were in our 18 pummeling us a lot of the time.”

In fact, Meghan Klingenberg did not get forward as often as we’re used to seeing her, while Makenzy Doniak did, getting several crosses off. Nor was Doniak the player who lost her mark on Horan when she scored. What did happen was that much of the flank play switched to Jaelene Hinkle, who had a good match and got the better of Ashleigh Sykes more often than not. However, as with Doniak’s crosses, whatever Hinkle provided was rarely turned into a dangerous chance by the midfield and strikers, as mentioned previously.

Soccer in general, and the NWSL in particular, is an “any given day” kind of sport. The Courage can and have beaten the Thorns. However, in this game, Portland did just enough right, and North Carolina did just enough wrong, and that made all the difference.