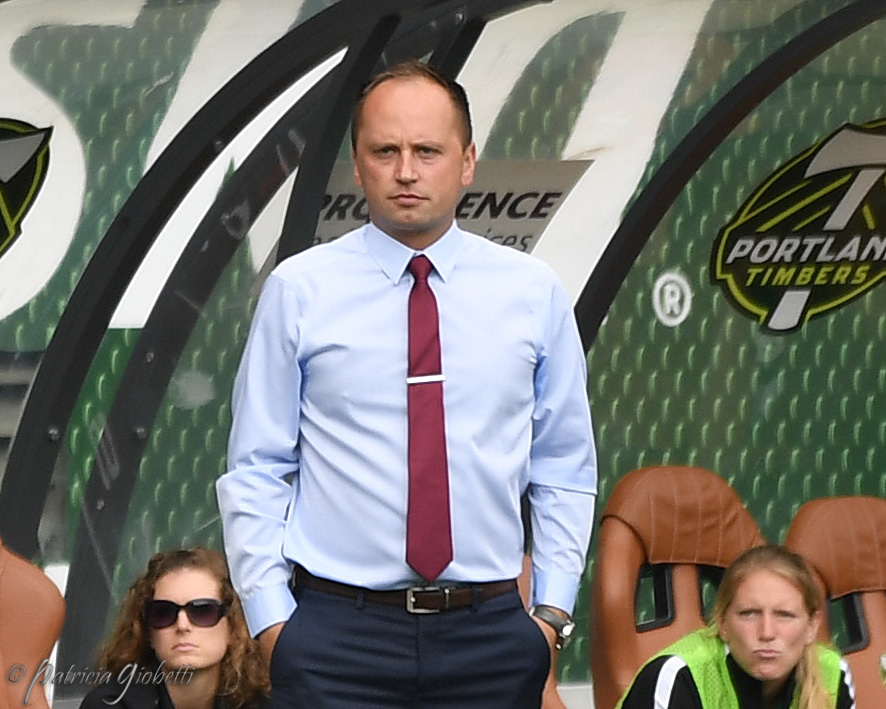 Mark Parsons is a man who needs to know why. So when the noise had stopped and the players had filed out of Providence Park following last October’s crushing semifinal loss, the Thorns coach sipped on some tea. And then he tried to make sense of why his first season in the Rose City ended in a 4-3 loss, only the team’s fourth of the season.

“I can’t really move on unless I know why and what happened,” Parsons told a national media teleconference this week. “You start processing the game and breaking it down and preparing for your exit meetings. And you start to prepare to never feel that way again.”

The hardest part, Parsons said of what was his third straight semifinal defeat, was seeing how crushed his players were.

“You go through it all season but what was different about this game was there was just different emotion,” he said. “The thing that hurt me the most was just seeing the players, players crying on the field, senior players that have been at World Cups and Olympics crying on the field in front of their fans. It was a heartbreaker.”

A week later the Flash won the NWSL Championship and Parsons began coming to grips with a match he said, “The way it happened, it just didn’t feel right.”

When his mind cleared, Parsons realized that over the course of the match, the Thorns may have actually wanted to win too much. Never one big on using emotion as his main motivator, Parsons came to the conclusion that the match against the Flash took the team on such an emotional roller coaster that they eventually gave up the process in favor of all-out effort. In the end, narrow as the margin may have been, they fell short.

{LOWDOWN: Back to back? Or not? Points to ponder | Best XI}

“The thing that we took from last year’s semifinal is that we have to be emotionally ready for anything,” Parsons said. “We went two-nil down (38th minute) and our reaction was very strong because we scored immediately (39th minute). Sincy (Christine Sinclair) got angry and put the ball in the back of the net and we got to 2-1. But we had to be emotionally ready for anything.

Parsons, who holds his tactical cards close to the vest even by coaching standards, said he was not going to go into specifics about what those things were. He did say the team handle things better in this year’s semifinal—perhaps not a great comparison since the Thorns were always in front—as well as the last few games of the regular season.

“The biggest lesson—anything can happen. And being emotionally prepared and ready for that and sticking to what we know, what we’ve trained, what we’ve prepared all season for, and not being distracted with our passion to win. We’ll run around with energy to show our passion but we can’t let that emotion distract us from what we’ve got to do to win this game.”