Alex Morgan is on the Second XI for the first time since 2013. (photo by Mark Thor, courtesy of Orlando Pride)

NWSL began rolling out its postseason awards with the announcement of the Second XI on Tuesday. The Red Stars landed three players on the team including Danielle Colaprico who has been on the Second XI all three of her seasons in the league. Julie Ertz made it four years in a row on the Second or Best XI. Also making it from the Red Stars was Sofia Huerta who earlier this fall made her debut with the United States national team and who made the Second XI in 2015.

The only player representing a non-playoff team is Megan Rapinoe from Seattle Reign FC.

The Best XI will be announced on Thursday with individual awards set to roll out next week.

The full Second XI is: 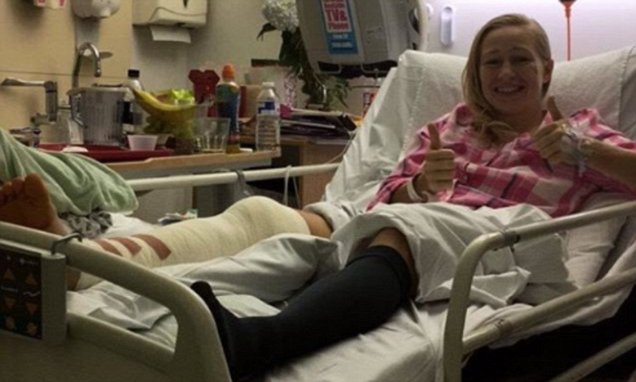 Pauline Bremer after suffering a deep leg fracture over the weekend.

Manchester City has confirmed that 21-year old German midfielder Pauline Bremer suffered a deep leg fracture during Saturday’s 3-2 away win at Everton. The club has since turned its attention to the lack of emergency services available after Bremer was injured in a challenge against Everton defender Gabrielle George.

According to the Daily Mail Manchester City has reached out to the FA to discuss the matter. According to their reporting it took upwards of an hour for an ambulance to arrive to transport Bremer to a local hospital.

.. the league going bigger and full time?? Yet can't get the standard of refs, facilities or an ambulance pitch side… priorities??

Bronze played for Manchester City until a summer transfer to Lyon that was part of a deal that saw Bremer transferred to Manchester. The FA WSL recently announced an initiative to make clubs closer to full-time professional operations by the end of the decade.

South Korea announces roster for friendly matches against USWNT
The Lowdown: Is 2017 NWSL Championship a rematch or isn’t it?