Rookie Gibbons made her mark for club, country 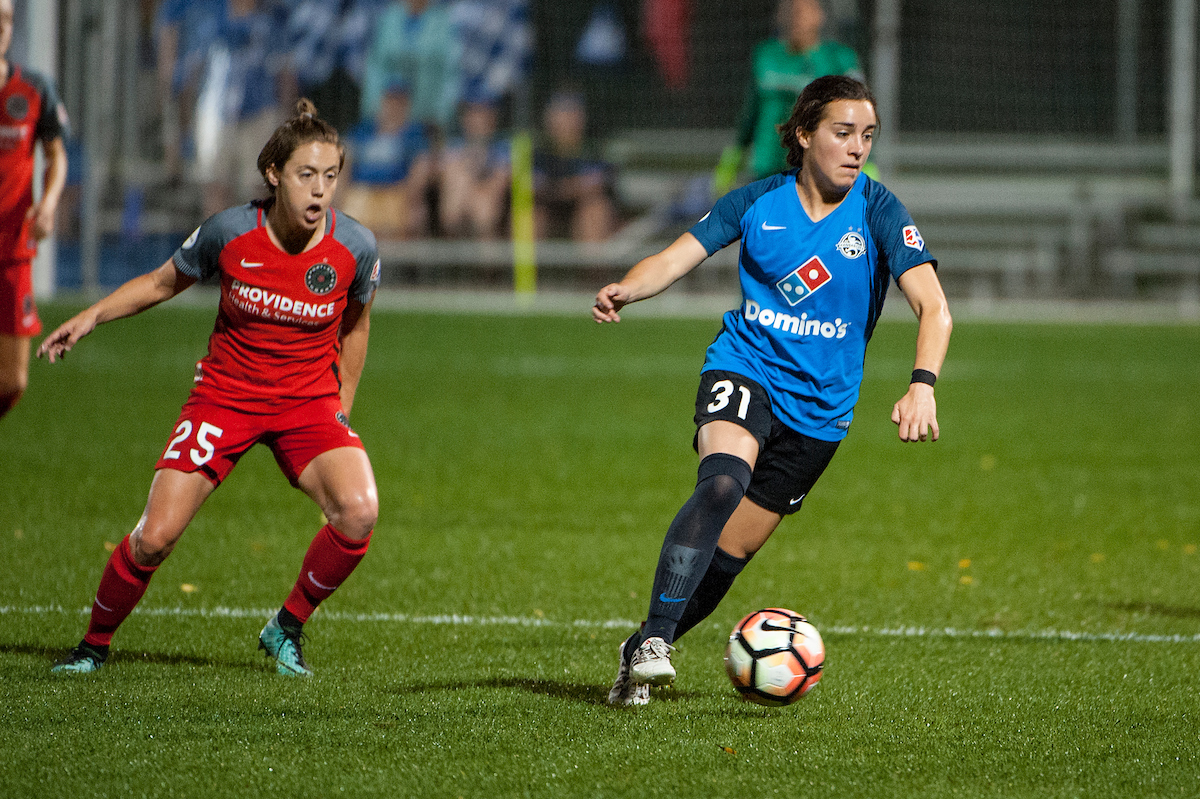 Over a thousand miles spans the distance from Raleigh, North Carolina to Kansas City. That’s the distance that FC Kansas City midfielder Christina Gibbons, affectionately called Gibby by nearly everyone, traveled in March for preseason. Since that time, she has traveled thousands more across the country and the world representing both club and country with the beautiful game.

After being drafted 5th overall in the 2017 NWSL draft, Gibby started out as an outside back until early July when she was shifted into the midfield and hasn’t left the pitch since. The Duke University product has started 23 of her 24 games played and has amassed over 2,000 minutes and has one goal and three assists, but her impact is one that rarely shows up on a score sheet.

Coach Vlatko Andonovski has known from the beginning the kind of impact that the young rookie could have on the team.

“One of the things that I liked about Gibby was that she was a true professional even in the college game,” Andonovski said. “She was a good leader, a good professional and she saw the game with different eyes. Her coming in to the professional game–she didn’t need much transition to step in.”

At Duke, Gibbons was a superstar in her own right, leading the Blue Devils to the College Cup final in 2015, earning First-Team All-ACC honors three times, First-Team All-American honors as a senior and amassing 7,794 minutes–second-most for a field player in school history. But jumping to the professional world is a whole different challenge.

“I don’t even know what I was feeling,” Gibby said about being drafted. “Throughout the season, just being here I’ve gained a ton of experience and a ton of knowledge and hopefully been able to improve a lot.”

It isn’t just her domestic game that has gotten notice, it’s representing the red, white and blue with the crest as well. Gibbons was called into the senior US Women’s national team camp in January and represented the U-23’s in June at the Nordic Cup competition in Scandinavia.

Gibbons, the only NWSL rookie to see action in every game this season, started her season on the backline, but was shifted into the midfield for the Blues’ game against Sky Blue FC on July 8 and never looked back after that.

“It was a change up,” Gibbons said. “I’ve shuffled around my whole career so changing positions isn’t that foreign, but center mid is kind of new for me. I think it’s gone well. I have the help of everyone around me, so it isn’t too bad.”

Andonovski has high praise Gibbons and puts a lot of trust in her, which is why he knew that whereever he put her, she’d be able to handle the challenge.

“She plays the game the same way she did in college,” he said. “She’s confident, smart, she solves problems, she’s an extremely hard worker. She’s just a positive person and a good person to have on the team.”

With her first season coming to an end, Gibbons will finally be able to reflect back on the whirlwind that these past eight months have been.

“There are a lot of things you can prepare for or expect to see along the way,” Gibby said about turning pro. “But there are also good little surprises along the way. For the most part, I knew that it would be grueling and that every game would be really, really tough, but it’s been rewarding because of that.”

Gibbons will have a busy off-season as she travels to Down Under on loan to represent the Melbourne Victory in the W-League’s 10th season.