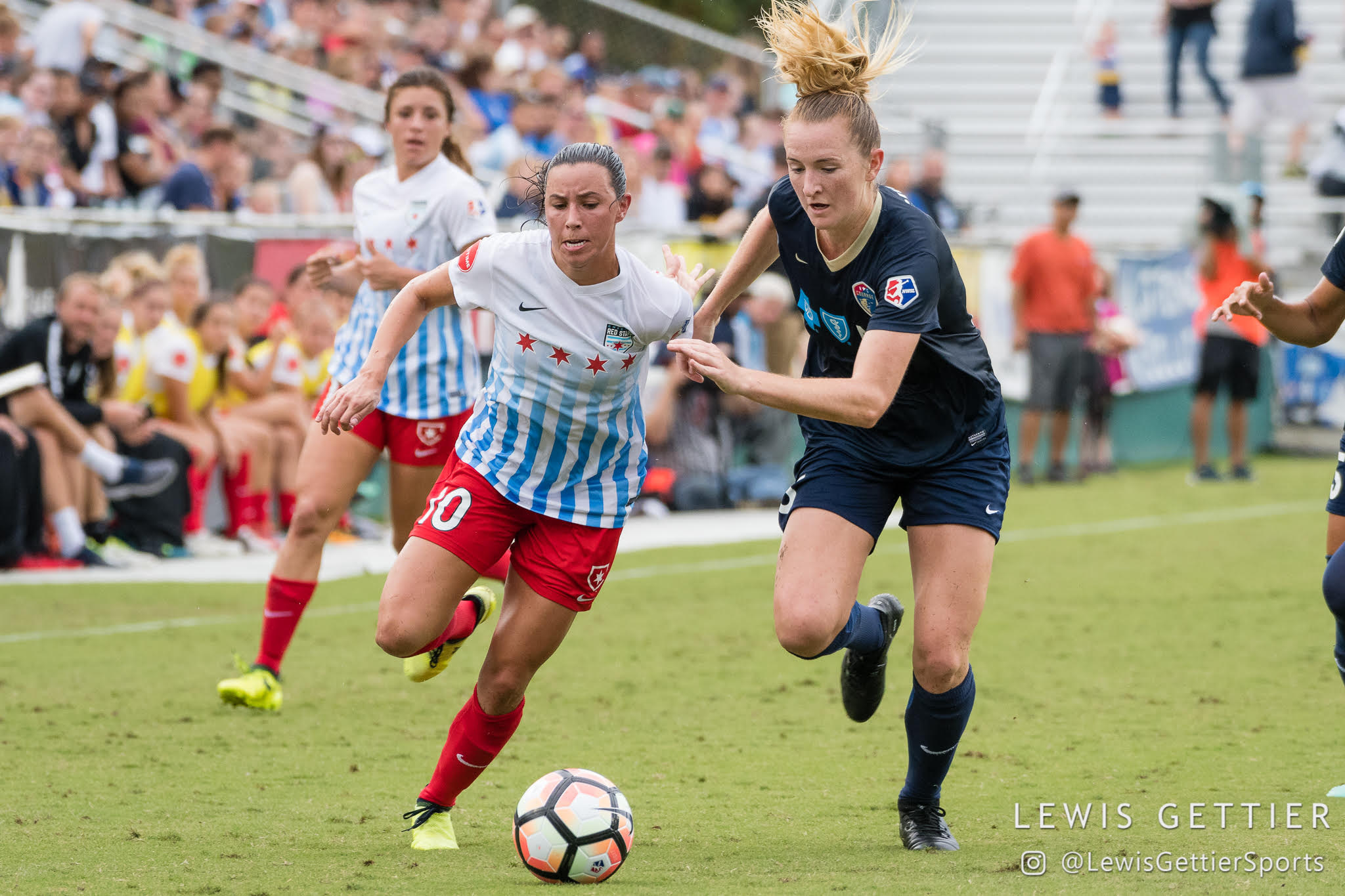 Last week when Chicago head coach Rory Dames rolled out his starting XI for the last regular season game versus the Portland Thorns, many people took a double take. He rested as many normal starters as his bench allowed for, including goalkeeper Alyssa Naeher, a position not normally included among regular squad rotation. Portland ended up winning the game handily against a very lackluster Red Stars performance, although Sofia Huerta briefly breathed life back into the game with an outstanding goal after she subbed on.

The idea was that the Red Stars would enter the semifinal with fresh legs. Six players saw time with the USWNT during the most recent international break, and a few, such as Naeher, Christen Press, and Vanessa DiBernardo, have been battling recent or nagging injuries. It also gave the reserves, who never know when they’ll be called on, much needed game time. So on one hand, it made sense.

The opposing argument (one which my colleague Allison Lee and I discussed prior to this match) is that so much roster change disrupts the rhythm of a team. Plus, if you lose, as the Red Stars did, it diminishes any momentum the team had built up, which for the Red Stars was a four-game unbeaten streak heading to Portland.

Unfortunately for Chicago, the latter argument proved true. At no point in time did the Red Stars look any fresher than the Courage, and in fact they could not seem to sync up for the entire match, making unforced errors and turnover after turnover. To be fair, the Courage had their share of errors and missed passes, and North Carolina is also one of the best at forcing opposing teams to spill the ball in midfield. Another fair point is that the pitch was slick from rain, which didn’t help matters. Both teams looked exhausted well before the 90th minute.

However, the Courage were the more dangerous side despite playing not one but two games in the final week of the regular season, in which some squad rotation was practiced but not to the extent of Dames’ plan in Portland. They camped out in Chicago’s defensive half at times, easily topping Chicago in nearly all offensive stats, including shots (total and on goal), corners, crosses, passes, and possession. In what was definitely not a day for aesthetically pleasing soccer from both sides, Chicago only managed one shot on goal. While some of the credit for that must go to the Courage defense, one can see by the little time Press spent on the ball that the Red Stars were never threatening enough.

At the end of the day, the fact that Chicago held the Courage to only one goal at the last minute doesn’t matter. They’re going home, and North Carolina is headed to Orlando. No one can say if things would have been different had Dames tried other tactics in Portland, but what’s clear is that rest didn’t really help them at all.

One more thought from this weekend’s semifinals …

WHAT’S UP WITH THE KEEPERS

The lone goal scored should not be held against Naeher. It came through traffic and took a deflection off Julie Ertz. If anything, the responsibility is on Chicago as a whole for not properly clearing a set piece, which they failed to do more than once.

That said, it wasn’t exactly Naeher’s best game. Normally known for her stellar distribution, at least four of her goal kicks went directly out of bounds. She also made a very bizarre decision in the 71st minute to come well off her line to grab the ball, sliding out of bounds and getting called for handling the ball outside the box.

It’s the latest in a series of questionable decisions from Naeher, dating back to the Tournament of Nations. Combine that with a rather poor performance from Ashlyn Harris in Orlando’s semifinal loss yesterday, and you have to wonder if Jill Ellis would be wise to broaden the goalkeeping pool, especially if she includes the two statistically best keepers in the league who are advancing to the final, Adrianna Franch and Katelyn Rowland. Both Naeher and Harris are great goalkeepers and I’m in no way saying they should be dropped from their spots for having one poor game in a season full of good ones, but I do think it wouldn’t hurt to push them with extra competition.