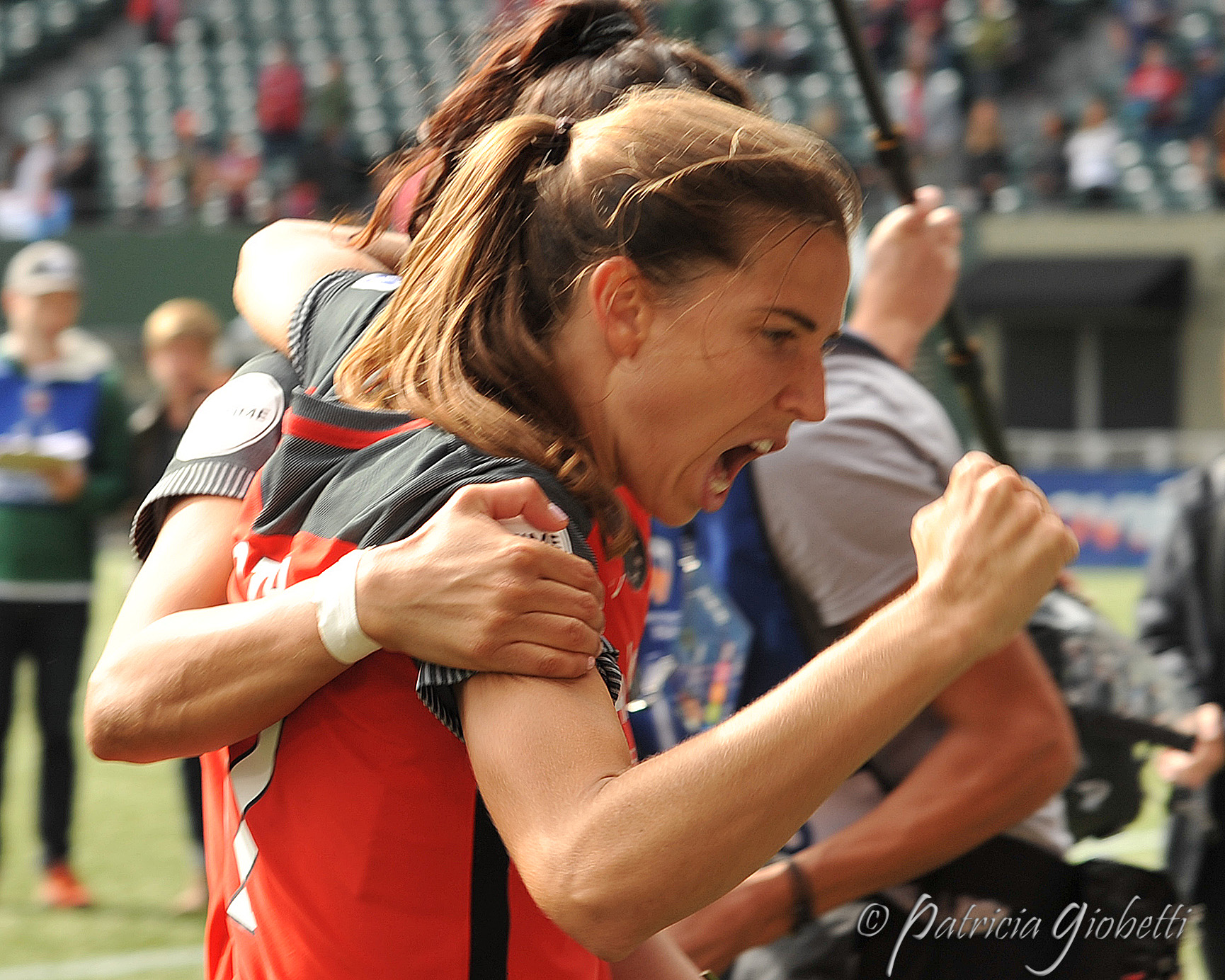 The Portland Thorns returned to the scene of their dramatic 4-3 loss to the WNY Flash in the 2016 semi-finals and took on the upstart Orlando Pride at Providence Park on Saturday afternoon in an attempt to go at least one further and cement themselves in the 2017 final. By the end of the match they’d left no question as to their unfinished business, taking the Pride down in a 4-1 match that saw goals from 4 different Thorns: Amandine Henry, Emily Sonnett, Hayley Raso and Christine Sinclair.

The match started out with the home squad on fire, backed by a near sell-out crowd, and it didn’t take the Thorns long to find the back of the net by way of Amandine Henry in the 12th minute. The sequence started with a quick flick from the newly-returned Tobin Heath to Christine Sinclair, who found a wide-open Meghan Klingenberg on the left side of the box. Klingenberg then sent a perfectly curling ball into Henry, who made no mistakes at close range.

The opening goal seemed to put Orlando on their back heels, and the Thorns quickly found another in the 15th minute, when a run by Raso resulted in a free kick that Heath curled into the box, finding the head of Emily Sonnett who directed the ball just enough to ensure it making it to the back of the net, doubling the Portland lead.

After the initial Portland onslaught, Orlando worked their way back into the match, and dominated much of the possession as the half progressed. Winning a corner in the 23rd minute, the Pride went short with it, and a give-and-go allowed Marta to put the ball  in the air in front of the Portland goal. Toni Pressley got her head on it, redirecting it to Alanna Kennedy who directed the ball behind Portland keeper Adrianna Franch, cutting Portland’s lead in half.

After a very eventful first 25 minutes, the game settled in a bit, with both teams pushing forward in back and forth action. Marta in particular started to light up the left flank of Portland’s defense, but many times her service couldn’t find anyone in the box to get a shot off. As a result, the half would ultimately end with Portland holding onto their slim 2-1 advantage.

The second half began with Orlando on the front foot, and they seemed to have pushed Portland into their own defensive third for much of the early action. But the Thorns defensive formation held firm, with strong play from Emily Menges in particular, and the Pride struggled to turn their possession outside the box into anything particularly dangerous to come up with a convincing equalizer. Portland has been fantastic in the second halves of many of their matches this season, and Orlando’s push for another goal left them vulnerable to the Thorns counter-attack. They ultimately paid in the 71st minute, when Lindsey Horan threaded a well-weighted ball through the Orlando defense leaving Raso in a one-on-one situation with Orlando keeper Ashlyn Harris, who couldn’t commit to coming off her line, allowing Raso to put the hosts up 3-1.

The offensive fireworks of this match weren’t quite over, as Portland rode their momentum against a fading Orlando squad, allowing one final dagger courtesy of Christine Sinclair after super-sub Nadia Nadim sent a good ball into the box, allowing the Portland captain to strike home from close range. The final 4-1 scoreline would stand at the final whistle, and the Thorns had found a way to overcome their semi-final demons and ensure their place in Orlando on October 14th, vs either the NC Courage or the Chicago Red Stars.