Bush: Orlando’s defense let them down 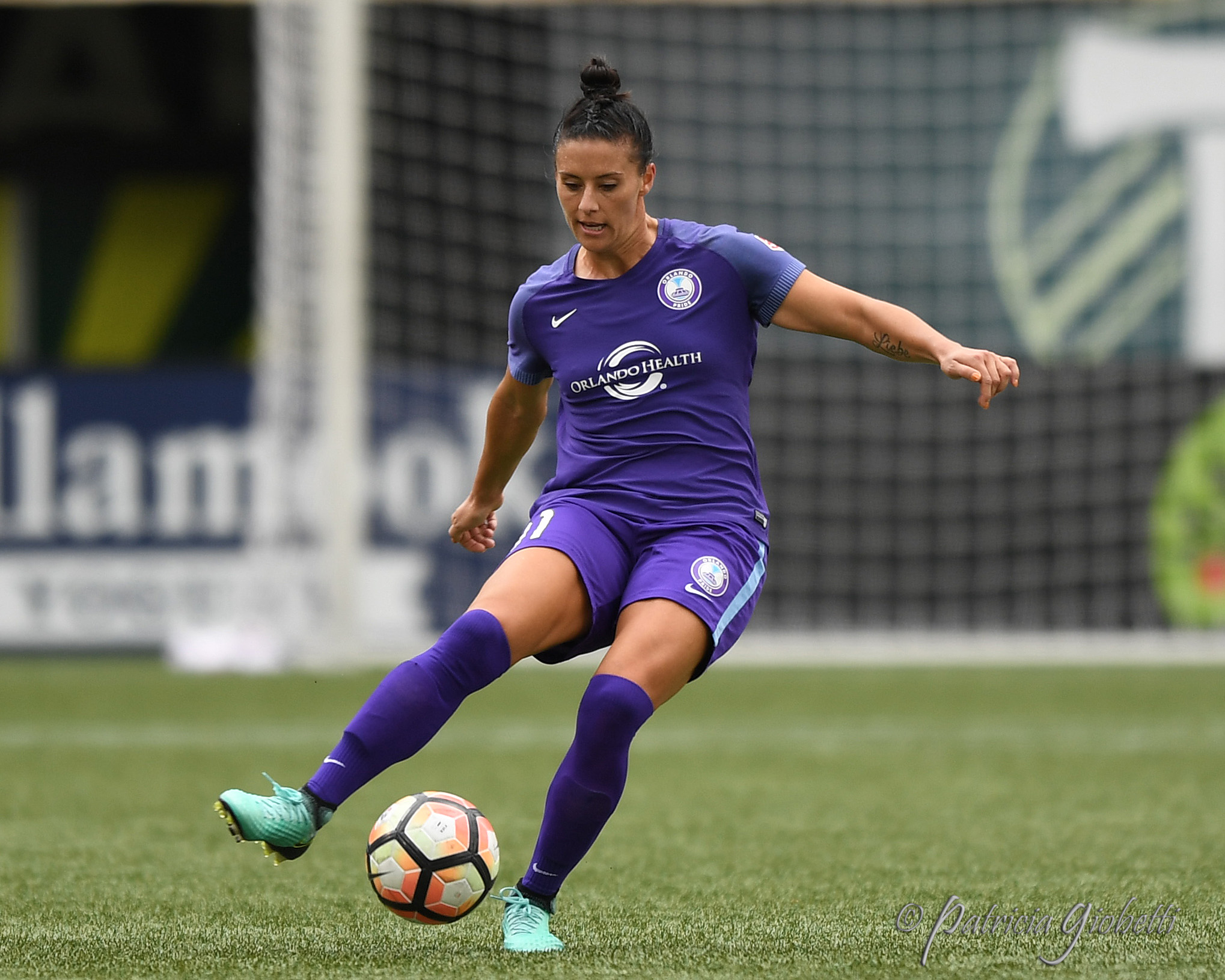 The 4-1 scoreline Portland put up over Orlando to advance to the 2017 NWSL Final wasn’t entirely representative of the game. After all, Orlando got themselves back into the first half and controlled a large portion of the second. It’s not as if Portland dominated the entire 90 minutes.

But when you think on it, maybe it is actually quite illustrative of a game where Orlando’s defense let them down, and Portland proved that showing up at the right moment is all that matters.

With the exception of Steph Catley, none of Orlando’s back five had a match to write home about. Kristen Edmonds, the Pride’s weakest link all season, gave up much of her defensive duties at right back to Marta for the first part of the game, including the first goal, when a wide-open Meghan Klingenberg delivered an absolute dime to Amandine Henry. On the last goal, she glanced back at Christine Sinclair behind her and opted to stay where she was, then missed getting a head on the ball that Sinclair subsequently put in the back of the net.

Monica, who saved the day for the Pride last week with a goal line clearance, had a generally sloppy game, with poor touches and passes all over the place, including one that missed Edmonds completely and went past the endline to gift the Thorns a free corner. Ali Krieger, who has been Orlando’s best defender all year, was turned by Hayley Raso more than once, including getting flat out beaten on Portland’s third goal.

And Ashlyn Harris, coming off a superb game at North Carolina, didn’t look like her normal aggressive self. She’s one of the best keepers out there coming off her line, but today she was hesitant and prone to stay home, a stance that did not serve her well, especially on Raso’s goal.

Orlando’s defense has been their Achilles heel all year long, and this game was an example of what happens when all their defensive issues collide at once. When Krieger, who is their defensive anchor, has a poor game, as she did today, too often no one is there to pick up the slack. Edmonds’ positioning and passing has been suspect all year, to the point which teams are actively targeting that side.

Harris’ positioning on her line is the most puzzling of their issues. She has always been quick off her line and prone to roaming the 18 and beyond, to the point to which getting caught out is the part of her game that is criticized the most. In this game, that was reversed, and it was combined with the backline playing increasingly high as they pushed for goals, leaving yards of open space in between. The high backline has been an Orlando trademark, as has their tendency to give up late-game goals. They conceded 68% of their regular season goals against in the second half, the most in the league.

They rely on the offside trap, which works until it doesn’t. When the defenders are so blatantly not tracking runners in behind because they are counting on catching them offside, it’s only a matter of time before an opposing player times their run well enough to break free, which is what Raso did. Portland was testing that all game long and it was bound to pay off. With half the Pride backline lacking pace, you have to wonder why Tom Sermanni instructs them to play so far up. It was exposed all season, so it’s not surprising Portland took full advantage.

Even if Orlando manages to retain all their defenders next year, it’s imperative find either a right back or a centerback if he wants to make another playoff run, and get all of them on the same page.

COMING UP BIG WHEN IT MATTERS

Lindsey Horan was my pick for the Thorns’ MVP this season. Lindsey Horan had a quiet game. She can generally be found in one of two places, or both, during a match: hassling a team’s playmaker, or playing behind Christine Sinclair to set up the Thorns attack. Particularly in the second half, Horan faded out of this match. Orlando controlled the ball for much of that time and although she did well dropping back to help the team defensively, a Thorns hallmark, she wasn’t visible enough offensively.

That is, until the 71st minute, when she sent a superb through ball to Raso, who beat Krieger to it and then beat Harris to score Portland’s third goal and all but clinch their trip to the final. It was wonderfully weighted to give space for Raso to run it down and pick up in stride without going too far, enabling Harris to scoop up.

Similarly, Christine Sinclair went invisible for long spells, not entirely her fault when Orlando was controlling possession and no one was playing her in. It’s been an up and down season for Captain Canada, who started off poorly but soon adapted to her new role on the team. After her initial pass to Meghan Klingenberg to set up Portland’s first goal, she fell off the radar, to the point at which it seemed she’d gotten more touches on Alanna Kennedy’s face (albeit accidentally) than the ball.

However, she’s Portland’s leading scorer this season for a reason. She was somehow left open by Edmonds in the closing minutes and put the final nail in Orlando’s coffin with a superb settle and finish.

What Horan and Sinclair exemplified, and Orlando failed to, is coming up big when it counts. They didn’t get too many chances, but they took full advantage when they did and made it count. Orlando, on the other hand, could never get that final ball, including a free chance for Alex Morgan to volley one home past Adrianna Franch that she whiffed.

Soccer is a game of inches and seconds. What separates the great teams from the good is the ability and tenacity to make that count. That’s what Horan, Sinclair, and the rest of the Thorns did, and that’s why they’re advancing to the final.

{Related: Lauletta: Sermanni won the battle but lost the war}