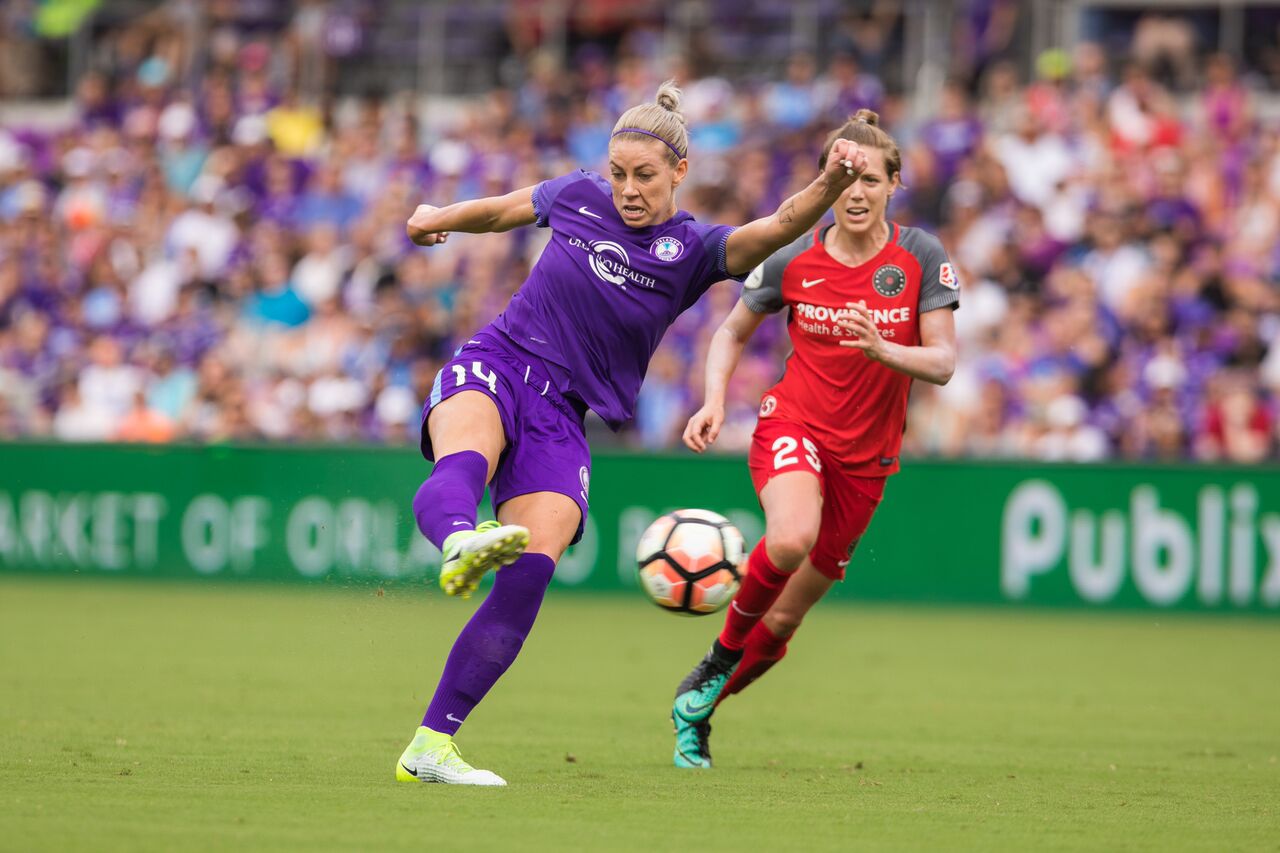 Orlando makes their playoff debut in just their second year of existence, while Portland wants to avenge last year’s bitter semifinal defeat. Both teams have taken full advantage of international signings, boast speed up top, and have World Champion defenders. Hold on to your kits, because everything is on the line in the NWSL semifinals.

Portland has three major advantages going into this game: they’re at home (where they’ve lost only once this season), they’ve never lost to Orlando, and last year’s loss is still fresh in their minds. However, they don’t want to get complacent, for this is a slightly different Orlando side than they last faced, nor is it the lackluster Chicago team the Thorns easily defeated in their last match. Tobin Heath is expected to start, possibly in place of Nadia Nadim, and should be a boost right away. She’s still working on getting the final touch back, but the team has been noticeably better in her two appearances. She draws defenders, makes smart runs, and with a little more improvement could get herself in positions to set up chances for her teammates. However, expect this game to be battled mainly in the center of the park. Helped out by the defensive presence of Amandine Henry behind her, Lindsey Horan has been bossing every midfield she’s faced, taking advantage of forced turnovers to quickly launch attacks through Christine Sinclair. She’ll likely also be tasked with the tough but essential job of marking Marta.

Snatching a stoppage-time victory from North Carolina last week, Orlando has all the momentum they could want. They haven’t lost since July, and unlike the last time they played Portland, all their players are as rested as they’re going to be. However, they took a big loss when Camila tore her ACL in North Carolina. Rachel Hill is likely to be the one to step into the spot, and although she has more of a nose for goal and is likely to crash the box alongside Alex Morgan, she lacks the defensive presence of Camila. What Orlando needs to do is not rely solely on Marta to make plays. They have a tendency of watching to see what she does when she receives the ball instead of offering her support and getting into dangerous positions to be on the end of her plays. Morgan, Hill, and Chioma Ubogagu also face the tall task of breaking down the league’s best defense, and they’ll have to find a way to get inside the box, as it takes a special shot from distance to test Adrianna Franch. An early first goal could go a very long way.

Playing a bit deeper this year than in previous seasons, Sinclair has shown a remarkable transition to a different role. At her best, she tucks in behind an opposing team’s midfield and takes advantage of space left in between the midfield and the backline, springing balls forward for Hayley Raso. Like Marta, she does a lot of little things, like casually drifting into open space, that often go unnoticed until they prove deadly.

The last time Kennedy visited Portland, she was playing centerback and was called for a handball in the box for the opening goal. Since then, she’s moved into a holding midfield position, and Orlando has been all the better for it. Kennedy is tough and unrelenting defensively; on the attack, no one in the league switches the field of play better than she does, and she has a wicked long-distance shot to boot. Playing against Sinclair and Horan, she has to be at her best and avoid costly turnovers.

In their last meeting, Krieger did a fairly good job of containing Portland’s second-leading scorer, but the couple of exceptions Raso slipped inside nearly wreaked havoc were it not for Ashlyn Harris. Both are speedy players unafraid of using their bodies to muscle others off the ball. Raso will be the main target for Portland and the most likely to take advantage of Orlando’s high line. If she can beat the offside trap, she will in on goal, so Krieger must keep an eye on the Australian hovering at her shoulder.

{Related: Sermanni: “My biggest concern is that my players get protected” | Mark Parsons responds to Sermanni referee chatter}