Also in today’s Roundup, another Brazilian retires from the national team and an up to the minute look at the 2018 NWSL Draft order.

FC Kansas City have announced that Christina Gibbons is heading to Melbourne on a loan deal with Melbourne Victory. The 22-year old Duke alum just completed her rookie season after the Blues made her the No. 5 overall pick in the 2017 draft.

“I’m really excited to be joining Melbourne Victory this offseason. Everyone has already been extremely welcoming and I’m eager to get over there, get lots of game experience, and explore the culture,” said Gibbons.

Gibbons appeared in all 24 matches for FC Kansas City this season, starting all but one. She tallied a goal and three assists. Her effectiveness improved when she was switched from left back into the midfield. FC Kansas City expect her back in time for the 2018 NWSL season.

Melbourne Victory will be looking to move up after winning only two times in 2016-2017 and finishing at the bottom of the ladder.

In addition to Gibbons, The Equalizer has learned that 2016 NWSL Rookie of the Year, Raquel Rodriguez will go on loan to Perth. None of the three have played in Australia before. 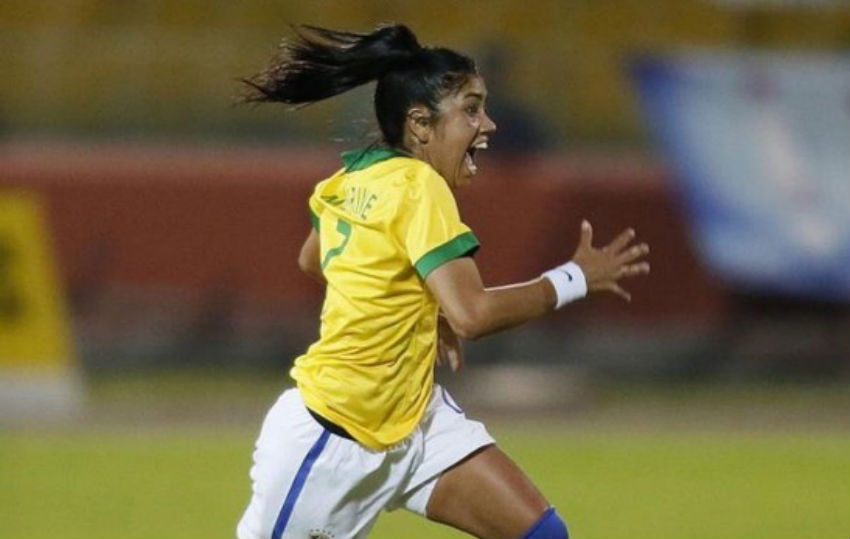 Maurine has become the fifth member of Brazil’s senior squad to announce her retirement.

Brazil lost another national team player to retirement today, as midfielder/defender Maurine announced her retirement via social media. The 31-year-old is now the fifth member of Brazil’s squad to retire in the past days five days.

The retirements–started when Crisitiane, Rosana and Francielle announced theirs last Thursday–have come just one week after head coach Emily Lima, the first female coach for Brazil, was fired and replaced by former coach Vadao. That decision, as well as other concerns surrounding Brazil Football Confederation’s treatment of the women’s team, appear to have sparked the recent series of retirements.

Maurine debuted for Brazil in 2007, earning her first cap in a 2-0 loss to the USWNT in a friendly. She was a member of their 2011 and 2015 World Cup squads, as well as their 2012 and 2016 Olympic rosters. Her name may also sound familiar to WPS fans; she was a member of the 2011 Western New York Flash roster, although she only made one appearance for the club before returning to Santos FC.

With the regular season over and the table finalized, the 2018 NWSL draft order is set for the time being. Expansion, which look less likely by the day, could throw a wrench into things and there will undoubtedly be more trades, but here is the draft order for all four rounds as things stand today.

Crystal Dunn addressing the room after being selected 1st overall by the Washington Spirit in 2014. (Photo by Meg Linehan for The Equalizer)

Sermanni: “My biggest concern is that my players get protected”
The Kronick Report: Kennedy Late-game winner stuns Courage to help Pride lock in No. 3 seed