In sports its inevitable that every streak is going to come to an end. This weekend, two streaks did just that as Rutgers lost to Minnesota, while Texas just narrowly avoided defeat only to draw Oklahoma to end an 11-game perfect start to the season. Other teams were upset (looking at you, Penn State), while Duke got off to the best start in league play in two decades. Here’s a quick recap of this weekend’s NCAA action. 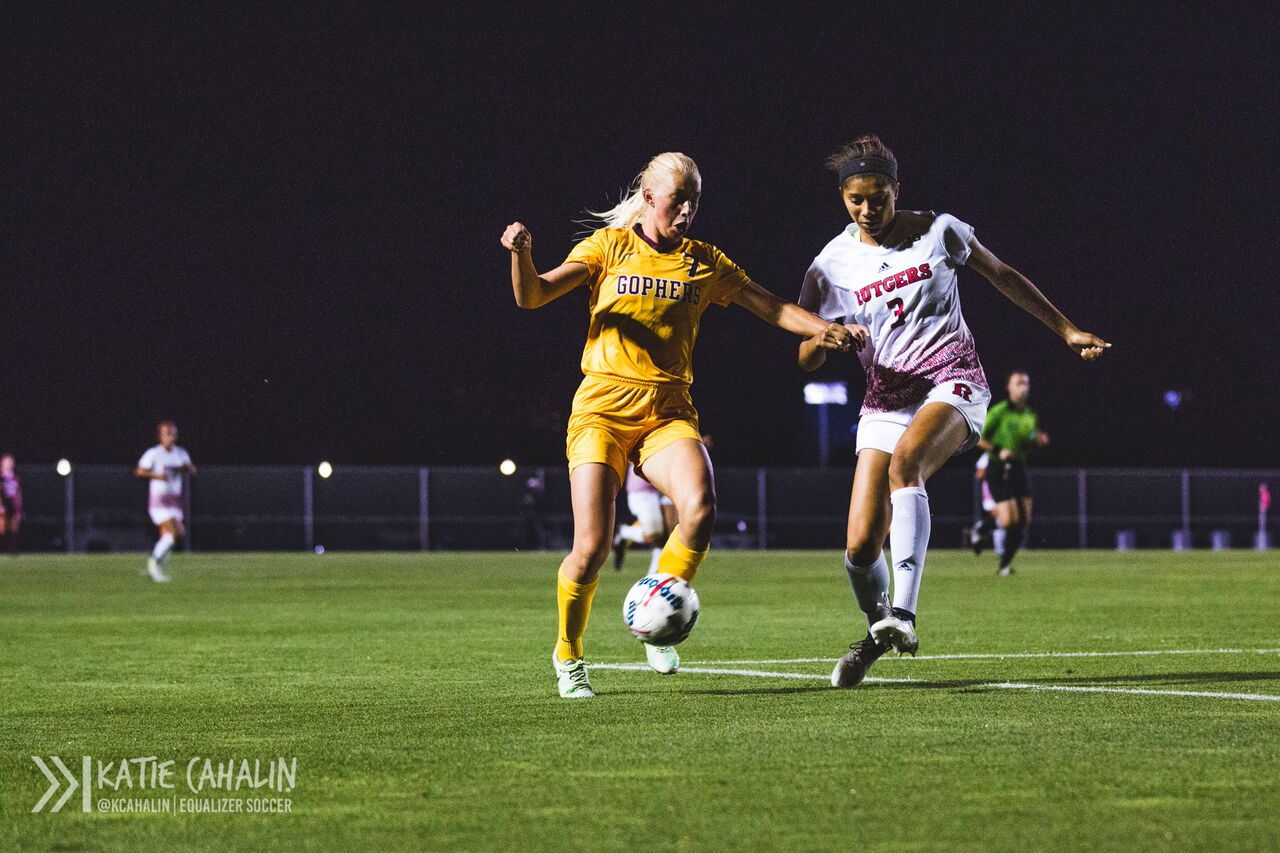 Although Rutgers edged Minnesota in both shots and corner kicks, they trailed in the most important area: goals. As a result, the No. 16 Scarlet Knights fell to the unranked Golden Gophers to have their undefeated streak end at 10 games (8-1-2, 2-1-1 Big Ten). Rutgers entered the match as the second best defense in the nation with a .095 goals against average after conceding only one goal before Friday’s match.

In a rematch of the 2016 Big Ten Championship match, the two foes fought a scoreless battle until the 35th minute when junior forward Maddie Castro scored her first collegiate goal to put the Gophers in the lead. The Scarlet Knights answered two minutes later, with rookie forward Alaysia Lane equalizing with a shot from the top of the box that sailed into the upper right corner of the far post.

The score remained level for the next 50 minutes, but a goal by the Big Ten’s leading goal scorer, Sydney Squires, retook the lead for Minnesota with just minutes to spare. With too little time remaining on the clock for an equalizer, the result held, and Minnesota handed the home side their first loss on the season.

Rutgers bounced back from the loss by defeating No. 12 Wisconsin, 1-0 on Sunday. Freshman Amirah Ali scored her fifth career goal 26 seconds into overtime to return the Scarlet Knights to their winning ways. 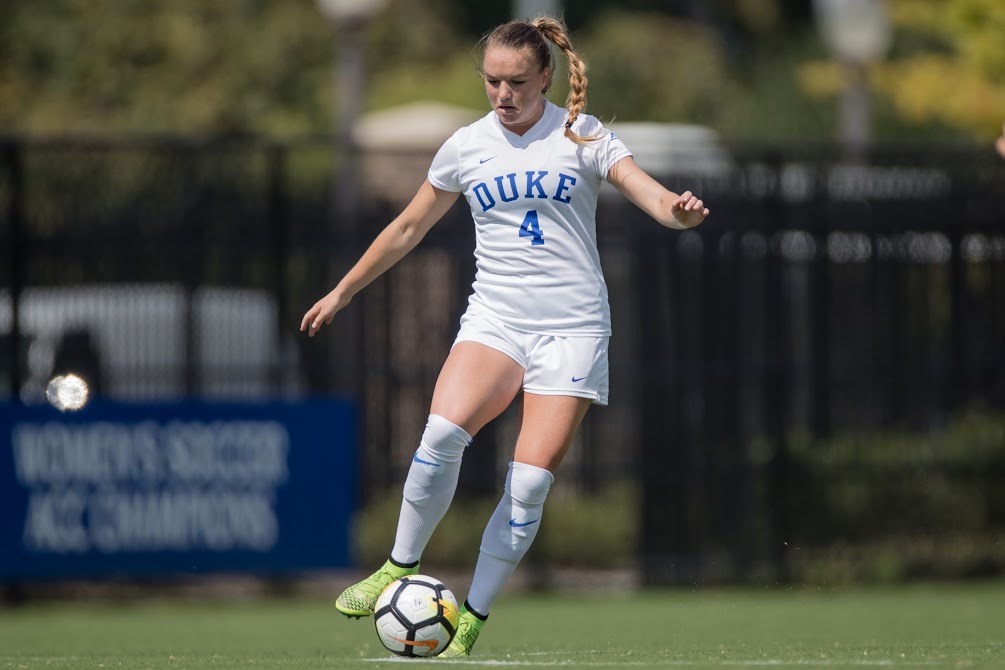 The Duke Blue Devils improved to 11-1-0 on the season and a perfect 4-0-0 in ACC play after a golden goal in double overtime by Ashton Miller gave the road team a 3-2 win in Louisville. The result marks the best start to league play for the No. 4 Blue Devils in 20 years.

Sophomore attacker Ella Stevens put the Blue Devils on the board in the 24th minute, sending a shot off a Louisville defender and into the goal. The Cardinals pulled back level 10 minutes later via a penalty kick drawn and converted by Emily Ekic, and it would remain knotted at one goal a piece at the half.

The Cardinals opened up the second half with a goal in the 47th minute courtesy of Ingrid Katrine Bjerke, the senior defender from Norway. Ekic took a Louisville corner kick and sent it in to Gabrielle Vincent, who served it in front of goal for Bjerke to head in. Taylor Racioppi equalized for the Blue Devils in the 75th minute, finishing a cross by junior Kayla McCoy for her second goal of the season. Ekic nearly scored the game-winning goal in the 82nd minute off a free kick, but her shot deflected off the crossbar and just managed to not bounce in.

That sent the game into overtime, where the two teams battled through the first 10-minute period without either finding the back of the net. Senior Ashton Miller struck in the 103rd minute, blasting in a loose ball inside the area to score the golden goal and give the Blue Devils an exciting road win.

In another Big Ten battle, the Ohio State Buckeyes upset No. 6 Penn State, 1-0, on Saturday night to take over as conference leader. Senior Sammy Edwards scored the game winner in the second half to secure the upset.

“I’m very proud of our entire team tonight,” Ohio State head coach Lori Walter-Hock said in the team’s official release. “We have been prepared by the non-conference portion of our schedule, and it made things a lot easier tonight having already made those necessary in-game adjustments earlier in the season. The atmosphere was fantastic in front of our home crowd and this was a good win for us.”

Edwards struck in the 65th minute after Canadian defender Marike Mousset beat a Nittany Lion defender on the right wing before sending a cross over for Edwards. The Dublin, Ohio native took a touch to collect the ball before firing off a left-footed shot that beat keeper Rose Chandler for the eventual game winner. Edwards now leads the team in goals with six.

Penn State outshot the Buckeyes 12-5, but only managed to put three of those on frame. Junior keeper Devon Kerr made those three saves to secure the shutout, her sixth solo shutout in 12 games so far on the season.

Elsewhere in the NCAA…

– Arizona held No. 2 Stanford to just a single goal in the Cardinal’s 1-0 win. Although the Wildcats lost, the defeat is no doubt a moral victory, as they managed to hold the highest-scoring offense in the country to a single goal. Stanford’s attack got back to their dominant, goal-scoring ways on Sunday with a 6-0 win over Arizona State.