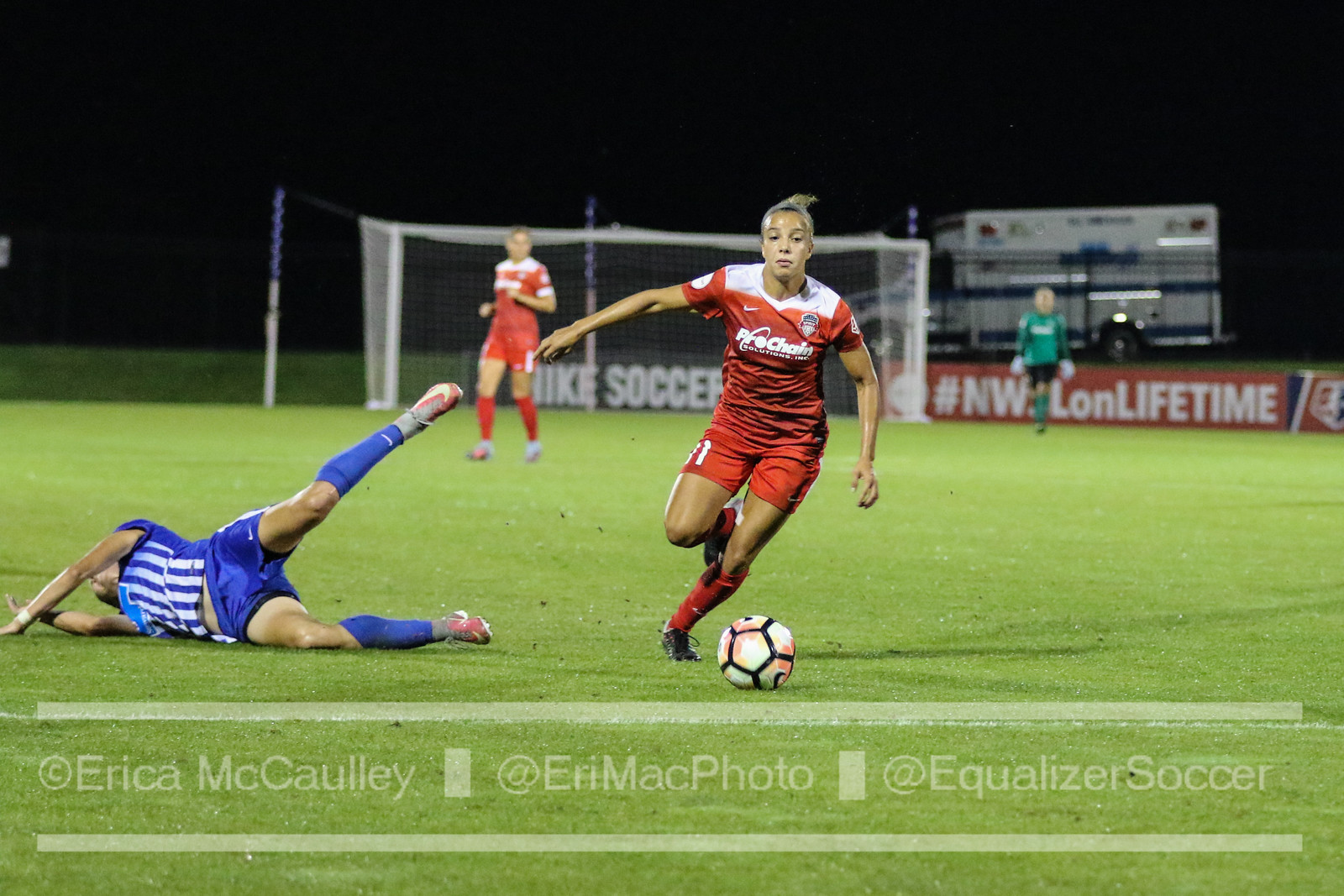 Mallory Pugh scored two first half goals but the Reign struck for three in the final 20 minutes including Jess Fishlock’s at the stroke of 90 to give the visitors a 3-2 win and leave the Spirit on the bottom of the NWSL table a season after reaching the NWSL Championship. The come-from-behind win marked the second consecutive season the Reign rallied from 2-0 down to win on the road in the season finale.

The scoring opened in the 27th minute when the Reign turned the ball over in midfield and Meggie Doughrty Howard found Pugh sprinting in behind the Reign defense. The teenager left Elli Reed, playing in her final match, in her wake and then dribbled around keeper Madalyn Schiffel to give herself an easy finish.

Five minutes later another Reign turnover led to Dougherty Howard in the middle of a give-and-go with Havan Solaun who found Pugh beating Reed again. Another easy finish made it 2-0.

Fishlock started the comeback in the 71st minute. Kiersten Dallstream dropped one over the top and Fishlock beat Kassey Kallman with a clever touch off her chest followed by a chip over a leaping DiDi Haracic.

In the 83rd minute the Reign used a direct buildup that went through the head of Fishlock whose key touch was nodded down to Katie Johnson. Fishllock got it right back and found Larissa Crummer. With Haracic off her line again but not committed to the ball, Crummer chipped her to make it 2-2.

Crummer sent in the decisive cross that led to Fishlock’s 90th minute game winner though it came off Dallstream who was credited with the assist.

The Reign (9-8-7, 34 pts) finish 5th for the second straight season while the Spirit (5-15-4, 19 pts) finish last behind the Breakers on head-to-head. The Spirit finished last in the inaugural 2013 season and then made the playoffs three straight seasons before crashing to the bottom.