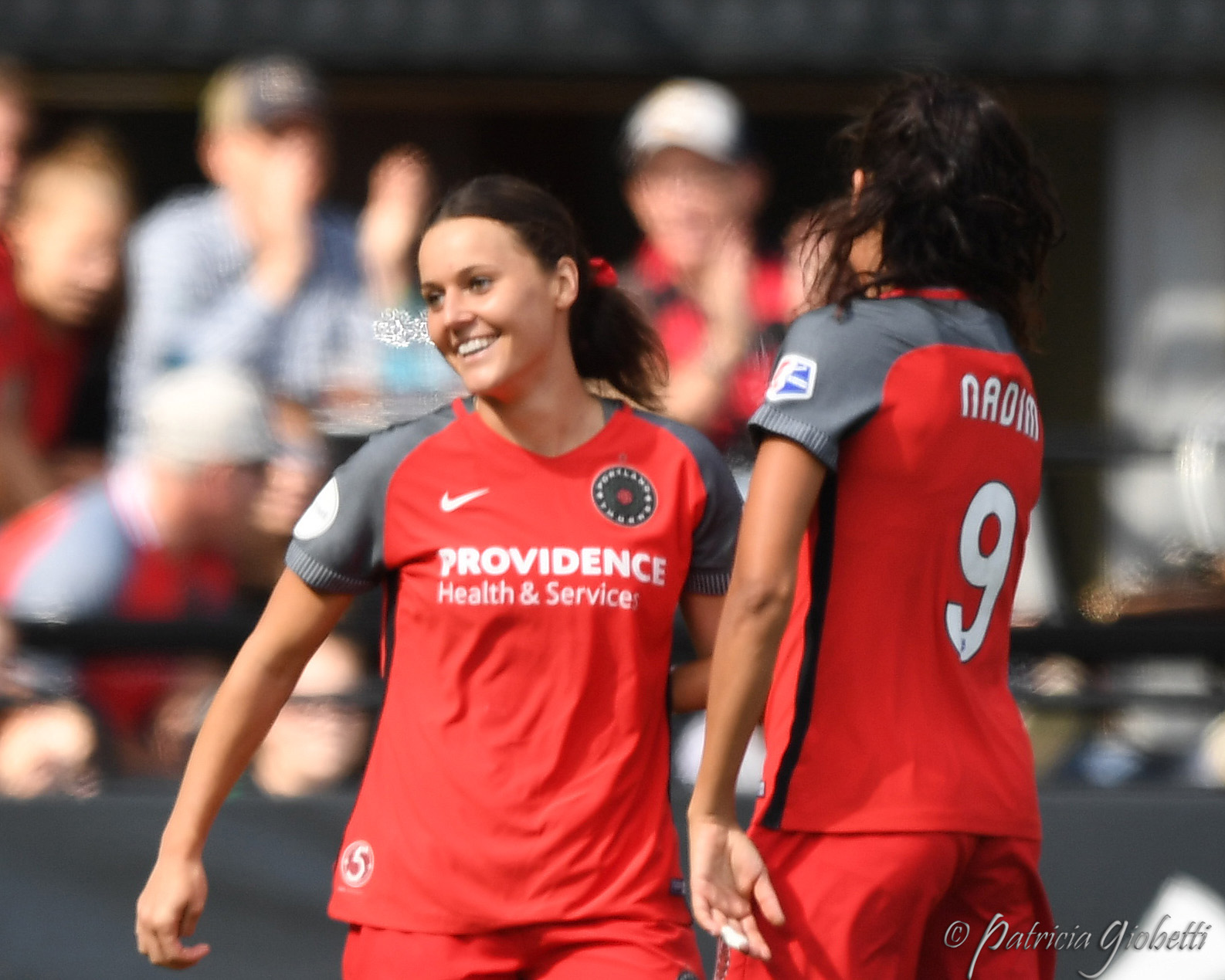 The Portland Thorns hosted the Chicago Red Stars on Saturday afternoon in the final week of the regular season before the playoffs begin.  Portland treated its fans – a sellout crowd – to a 3-1 victory.

The opening goal of the match came in just the second minute as Red Stars goalkeeper Michele Dalton basically gave the ball away to Hayley Raso in an attempt to clear the ball after a pass from one of her defenders.  The Australian forward made no mistake when she took her left-footed shot to set the tone early.

Just over ten minutes later, Ashleigh Sykes capitalized on another poor defensive play from the Red Stars.  Christine Sinclair played a cross into the penalty area, where the ball was headed down straight to Sykes, who hit a half volley into the back of the net to make it 2-0.

Nadia Nadim had two great chances to score later in the first half, but both went just wide.

The Red Stars finally got in the game in the 71st minute when they cut Portland’s lead in half. The play began with a shot from Vanessa DiBernardo that went off the crossbar.  The rebound was poorly cleared by Portland but they still managed the gain possession for a split second before Huerta stole the ball to shoot from about 25 yards out making it 2-1.

While it looked like momentum was starting to go the Red Stars’ way after that goal, Nadim ended their hopes of getting a point out of this match in the 83rd minute when she scored a penalty kick following a foul on Allie Long in the box.

#PORvCHI: Nadim scores a PK for Portland, and the Thorns are up 3-1! pic.twitter.com/NDfDnJKVmc

The Thorns will host the Orlando Pride in the NWSL semifinals next Saturday, Oct. 7 at 3:30 p.m. EDT. The Red Stars are heading to North Carolina to play the Courage on Sunday at 3:30 p.m. EDT