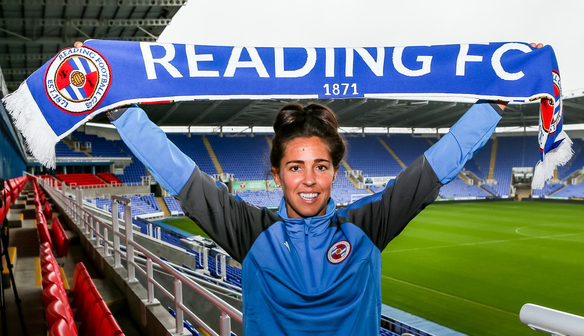 Remi Allen doubled the lead for Reading in the 31st minute as she poked in a goal to give her side a 2-0 lead.

In the 73rd minute, Brooke Chaplen scored the third and final goal for Reading to lock in the 3-0 victory as she dribbled around the keeper and put it away into an empty net. Chaplen also scored against Liverpool in the Spring Series when the two sides met, despite falling to Liverpool 4-2 in that game.

Reading FC head coach Kelly Chambers was hoping her side was able to bounce back forom a disappointing defeat to Sunderland Ladies last week, and they were able to do just that. Reading FC will be back in action next Sunday, October 8 as they take on Birmingham City Ladies at home.

Determined to help promote and grow the women’s game in Pakistan, Khadija Kazmi has decided to study the prestigious FIFA master course at De Montfort University Leicster. The Karachi native has been breaking norms by not only studying sport, but by playing as well in her home country of Pakistan.

The one-year course includes 32 students from around the globe who commit a term of study at the International Centre for Sports History and Culture in at DMU in Leicster, the SDA Bocconi School of Management in Milan and the University of Neuchatel in Switzerland. Her decision to enroll was spurred after a tragic accident. “We had a teammate who died in a plane crash when she was traveling to play a match in 2010 and so my colleagues and I decide we needed to take the next step in promoting women in football,” said Kazmi.

She hopes that she will be able to apply learnings and skills from the course to helping fix the outlook for women in sports in her home country. “In Pakistan, the situation has been very bleak. We do not have a local federation and we have no sports-based degrees in Pakistan. It is a huge issue,” she said. But, things are progressing and she wants to be able to continue that progress. “We have eight-year olds playing with us now. But we still have women telling their parents they are going out to study and then come play football instead. I want women to have the right to play football and not be judged,”