The Lowdown: Three ways NWSL can finish 2017 with a flourish 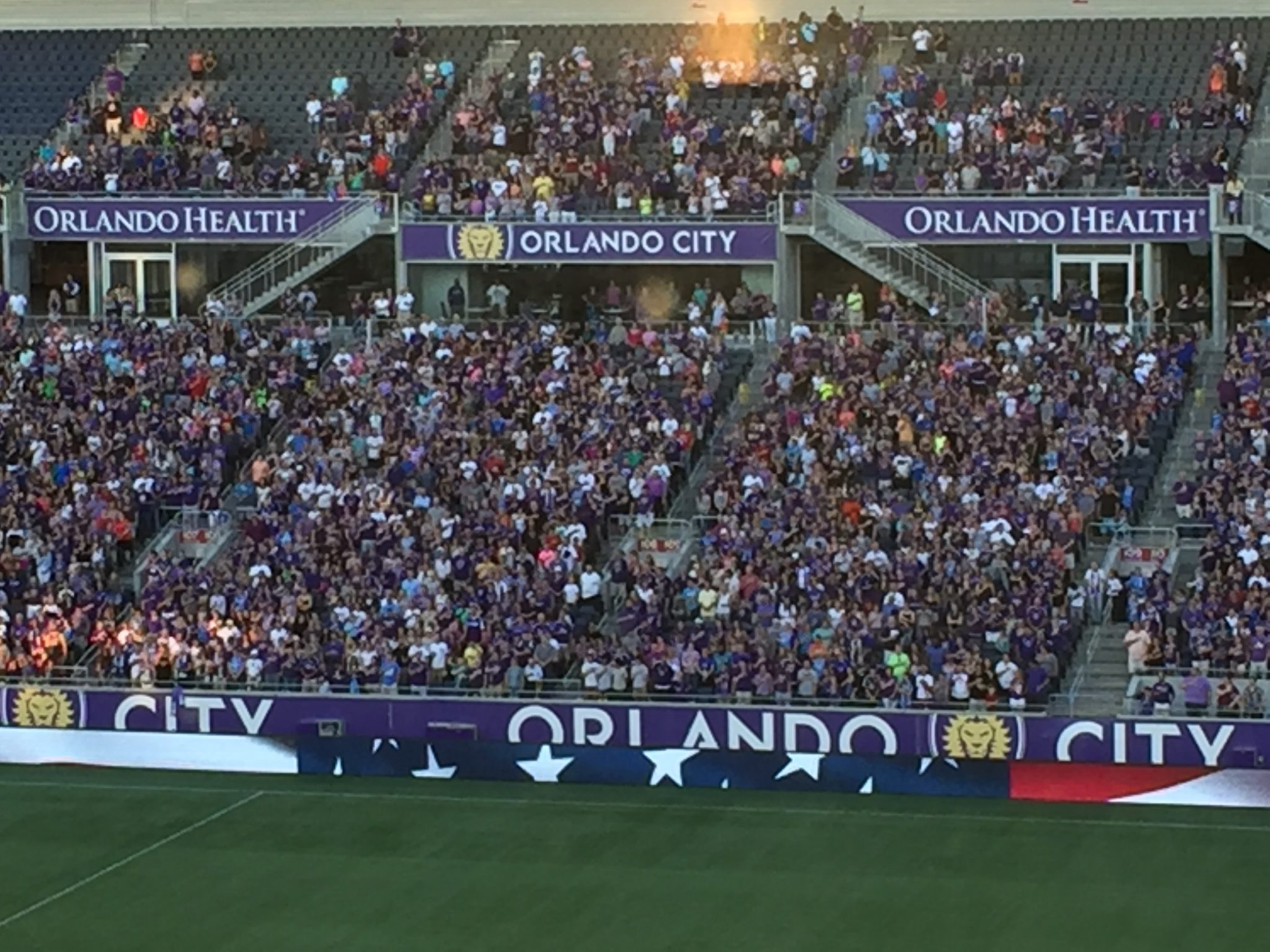 NWSL will be hoping to draw a solid crowd to the NWSL Championship in Orlando.

As we come down to the final two weeks of the regular season, NWSL looks to be in need of a jolt. Here are three ways, some within the league’s control and some beyond it, NWSL can finish 2017 with a flourish.

An exciting product on the field

The regular season will end October 1 or exactly 52 weeks after the Western New York Flash beat the Portland Thorns in a match that would probably win a fan poll for most exciting NWSL match ever played. Thinking a match like that will be duplicated is probably a bit foolhardy, but hoping for an exciting finish to the season is not.

We still have three teams battling for two playoff berths, but that could be done and dusted by the end of business Saturday which means that by the time the Reign take the field, they could already be eliminated. If they’re not, then anything other than a win will hand a playoff berth to the Red Stars and/or Pride which would be rather anticlimactic especially since it would mean either or both teams had missed two straight chances to clinch on their own accord.

There is also the matter of the Shield which the clubs may or may not care about. Last September I spent some time with the Spirit when they were still in contention and was at Yurcak Field to watch the Thorns clinch it. The Thorns seemed relatively pleased about it but hardly over the moon. The Spirit seemed relatively excited about the possibility of it, but Jim Gabarra’s lineup choices down the stretch said it was not a priority.

The Courage have three matches in seven days beginning Sunday and they may need them all to win a Shield race they have led every week but one. Will they push hard to finish the job? Or is the home semifinal enough for them?

If there is one drawback to the predetermined NWSL Championship site it’s that it strips most of the inventive away from the Shield. The reality is that finishing 1st and 2nd is the same thing, and depending on matchups, 2nd could be the more desirable spot. So unless NWSL comes up with a way to make it worthwhile (more on this in a few weeks), it is really up to the players and coaches to decide they really want to win it. Hoping that proves out over the next week or two, but time will tell.

Another point of interest down the stretch will be to see if Sam Kerr can break Kim Little’s single season record of 16 goals. She had ample chances two weeks ago against the Washington Spirit which might just leave you thinking it’s not meant to be. Its significance has also been a bit overstated since the league is only five years old and only this year and 2014 when Little set the mark did players have 24 games to build their totals. But it would be a fitting conclusion to what has been an extraordinary season if Kerr can grab No. 17.

Will the new commissioner kindly say…anything?

The day after the regular season ends will mark seven months—seven!—since Jeff Plush resigned his post as commissioner of NWSL. Even if Plush completely blindsided everyone with the decision, that’s a long time to go without a successor. And since NWSL’s unstated policy is never to discuss these matters until they are formally announced, there is no way of knowing where things stand with the search.

There is a short-term solution though. Since you don’t need a formal commissioner to have a face of the league, how about the league use the next few weeks to have someone at least act> like they are in charge.

Let’s quickly go over a few areas where a comforting voice from the top could quell some fears.

1) The Lifetime games have been fantastic, but all of the other games are a mess. The go90 service rarely works as intended. The league fixed that by making the games available on the league site. That has worked except for the times when the league site buffers, encounters soft audio, or has other technical difficulties. Don’t get me wrong, these things are expected from time to time. But the fact remains it is a chore to watch all of the games via the streams each week. We can even accept that there is no quick fix. What we can’t accept is being kept in the dark. Can we get an update on where things stand? Can we hear some plans for 2018? There are ways to communicate this and stay vague. Just ask Don Garber.

2) FourFourTwo recently put out a story calling into question the immediate fate of Kansas City as an NWSL market with some hidden nuggets about potential issues in Boston and Seattle. Also included was a no comment from the NWSL. Fair enough. The league should not feel compelled to comment on every report, even one as bleak as a team potentially being relocated. At the same time, as recently as January, Plush said he was confident that the league would expand and had even gone so far as to say it hoped to add teams in pairs. Fast forward to concerns about FC Kansas City’s viability and you get a league doing absolutely nothing to ease fears that things are not going so well.

3) Amanda Duffy is the acting commissioner but we never hear from her. She went on television in April to tell us the NWSL Championship was going to be in Orlando, and then it took four months for tickets to go on sale. Pride season ticket holders got first crack at it but on the day their exclusive window opened, many were left wondering just how to order these tickets. That snafu is in the past but hopefully it is something the league can learn from. Going forward though, they need to put Duffy—or somebody—front and center to drive home a narrative of a steady ship heading in the right direction.

Make some sort of announcement about 2018

Sports are a 12-month business now even as leagues like NWSL sometimes struggle to stay relevant during their offseasons. The most powerful league in this part of the world, the NFL, would squeeze a new headline out of every 15-minute block of television programming if they could. Smaller leagues like the WNBA go almost completely dark for a few months following the finals.

Fortunately, NWSL has done a reasonable job of staying in the public eye during its offseasons. But why leave us to guess about every element of the following season? Ticket holders are constantly on Twitter trying to glean how many games will be played based on the different packages on offer for their clubs. Why not make an announcement about this? Even if you have to hedge your bets by saying “the plan is…” it is something that offers your fans something to grab onto as they make their personal transitions from one season into the next.

Maybe naming an NWSL Championship site a full year out is not feasible, but naming three cities as finalists sounds like something that could be social media fodder for weeks and keep the discussion pointed toward 2018.

Is Lifetime coming back with the exact same time slot, talent, and production value in 2018? The first two maybe, but I’m certain there will be some enhancements in how the matches are presented. Why not run out the face of your league, or the face of Lifetime, to discuss some of what the network hopes to do more of or a better job with come the second season of the deal.

Some of these are little things, but sometimes little things can go a long way when you’re trying to build something from the ground up.