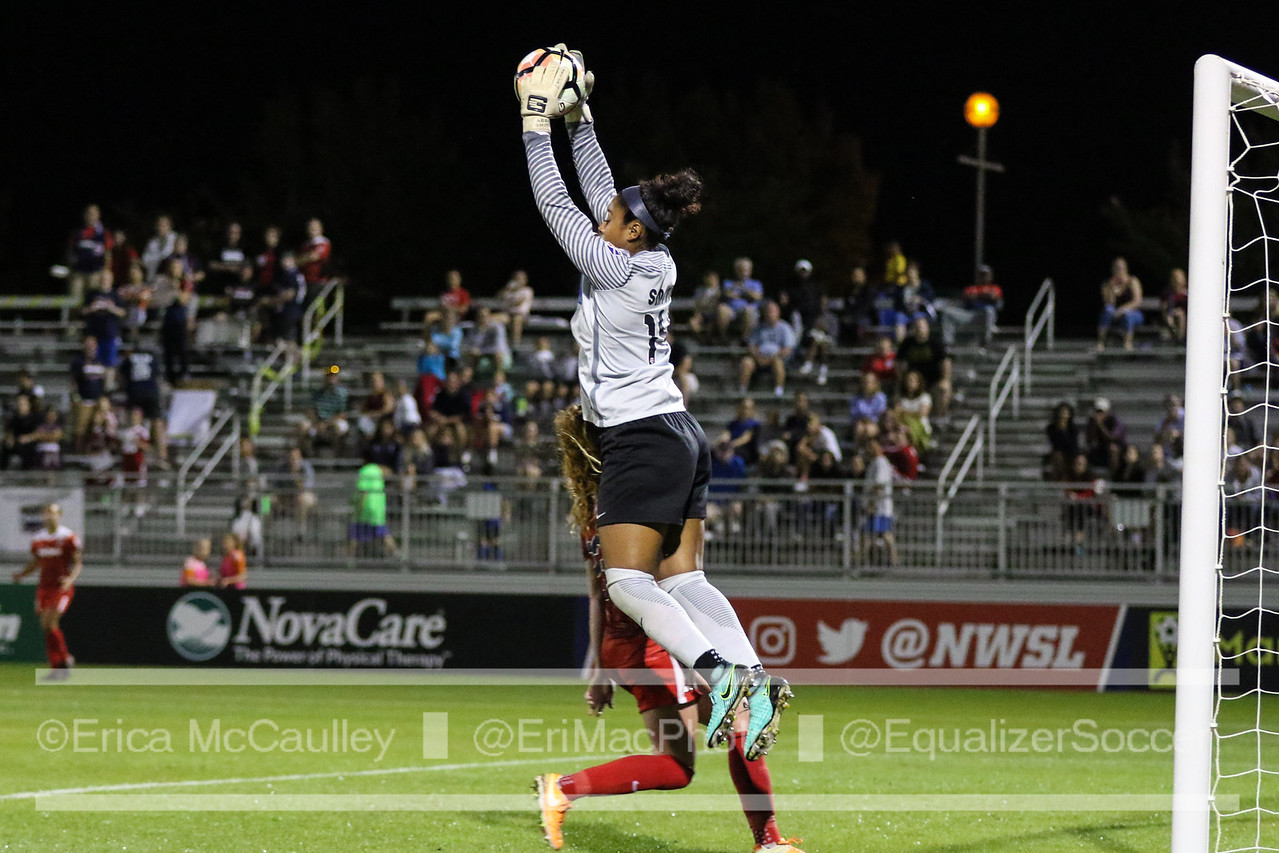 What started off as a quiet first half with very little action on either side turned into a lopsided score sheet that saw the Spirit put the ball in the back of the net four times and lose to Boston 0-3. Washington also only had two available field players on the bench.

Adriana Leon got things started off with a bang as she sent a rocket of a shot just wide within the first minute, but the game quickly settled down. The first half was a choppy affair in which neither side managed to find rhythm or a shot on goal. Oftentimes the attack was broken up by a turnover in midfield, and when one side did manage to penetrate the final third, the final ball was lacking. Boston had a few shots from distance after Leon’s initial shot, but nothing tested Didi Haracic too much. Similarly, Abby Smith was quick off her line to snuff out the few chances the Spirit created. The first half ended with no shots on goal.

The second half was another story entirely. Just two minutes in, Leon received the ball on the right flank and sent in a cross to Natasha Dowie. The English striker rose above Caprice Dydasco and headed the ball off the underside of the crossbar and into the back of the net to kick off the scoring.

In the 54th minute, it was Leon again. With some hard work, she dribbled to the top of Washington’s box but before she could get a proper shot off, Shelina Zadorskey got a foot in and deflected the ball into the path of Kassey Kallman. The ball took Haracic by surprise and rolled into the back of the net for an own goal.

Just a minute later, Kallman’s unlucky night continued. Brooke Elby tried to send a low cross across the face of net. Haracic went to ground but missed the cross, and Kallman, arriving late, found herself once again in the path of the ball, redirecting it into her own goal.

55' Kassey Kallman with a second own goal for Washington gives the @BostonBreakers the 3-0 lead. #WASvBOS pic.twitter.com/HyqhpC6aJi

The goalfest just ten minutes into the half opened up the game. Washington was spurred into action, with Mallory Pugh taking a much more active role in the second half. In the 62nd minute she thought she had pulled one back with a wide open shot, but the goal was called back because she was offside.

In a night of the story repeating itself, the Spirit found themselves in the same scenario ten minutes later. Pugh played Cali Farquharson through and she beat Smith at near post, but a late offside flag saw the goal called back.

The game continued fast and furious to the end. Both keepers came up with big saves to maintain the scoreline and hand Boston their first win on the road in 2017.

Heading into their last games of the year, Washington sits in last place with Boston one spot above. Boston finishes their season hosting Sky Blue, while Washington wraps things up hosting Seattle.