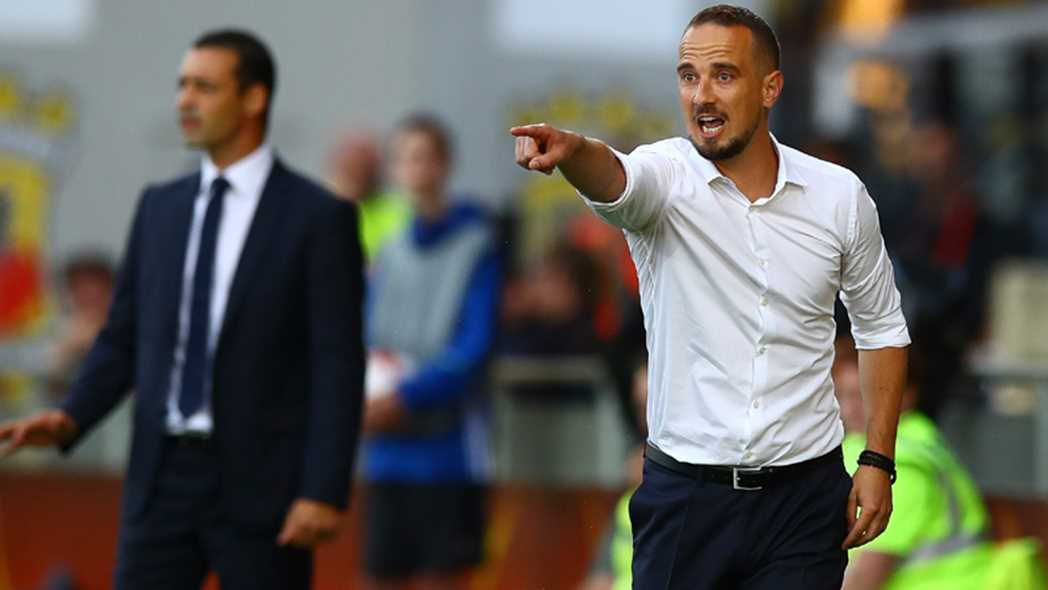 Mark Sampson has been fired as England manager after new information emerged about his tenure at Bristol (photo: English FA)

Mark Sampson has been fired as head coach of England after new allegations were brought to light stemming from his time in charge of Bristol. A statement by the FA said that a previous investigation into those allegations in 2014 revealed that they did not pose a threat to Sampson continuing to work as England manager. However, the full report only recently came to the attention of the FA, who judged that there was “clear evidence of inappropriate and unacceptable behaviour by a coach.”

Sampson has been in the crosshairs since last year when Eniola Aluko claimed bullying and harassment by Sampson and his staff. Other players have since stepped forward with claims that Sampson regularly made racially insensitive remarks to players and that the culture inside the walls was far more toxic than the rosy presentation that followed the third place finish at the 2015 World Cup.

Wednesday’s FA statement, though, made it clear they continued to back an independent investigation that found no wrongdoing on Sampson’s part in relation to Aluko’s accusations. Aluko and other players did levy more public complaints following this year’s European Championships. The FA had paid Aluko a fee not to speak publicly about the story until after the EUROs.

Sampson’s Bristol tenure spanned 2009-2013 before taking over as England manager as the replacement for longtime coach Hope Powell. He was lauded for his handling of Laura Bassett’s own goal in the final minute of the World Cup semifinal that sent Japan to the final. Three days later, England defeated Germany in extra time to secure third place. Tapped as one of the favorites for the EUROS, England were defeated by eventual champion Netherlands in the semifinal.

The firing comes one day after Sampson’s final game as England manager, a 6-0 thrashing of Russia in a World Cup qualifier. The next qualifier is November 24 against Bosnia and Herzegovina.

The full statement from the FA is below:

The Football Association can confirm that Mark Sampson’s contract as England Women’s head coach has been terminated with immediate effect.

However, the full report of that investigation was only brought to the attention of the current FA leadership last week and it is our judgement that it revealed clear evidence of inappropriate and unacceptable behaviour by a coach.

It is on this basis that we have acted quickly to agree a termination of Sampson’s contract.

In respect of investigations into specific allegations made by Eniola Aluko in 2016, The FA stands by the findings of the independent barrister Katharine Newton’s investigation.

Sampson has denied all of the accusations put to him and no evidence of wrong-doing was found.

We will continue to support the independent investigation as it reviews the recent evidence presented to it and publish any new findings and recommendations.