With EURO ‘disappointment’ behind her, Mandy van den Berg focuses on Reading FC 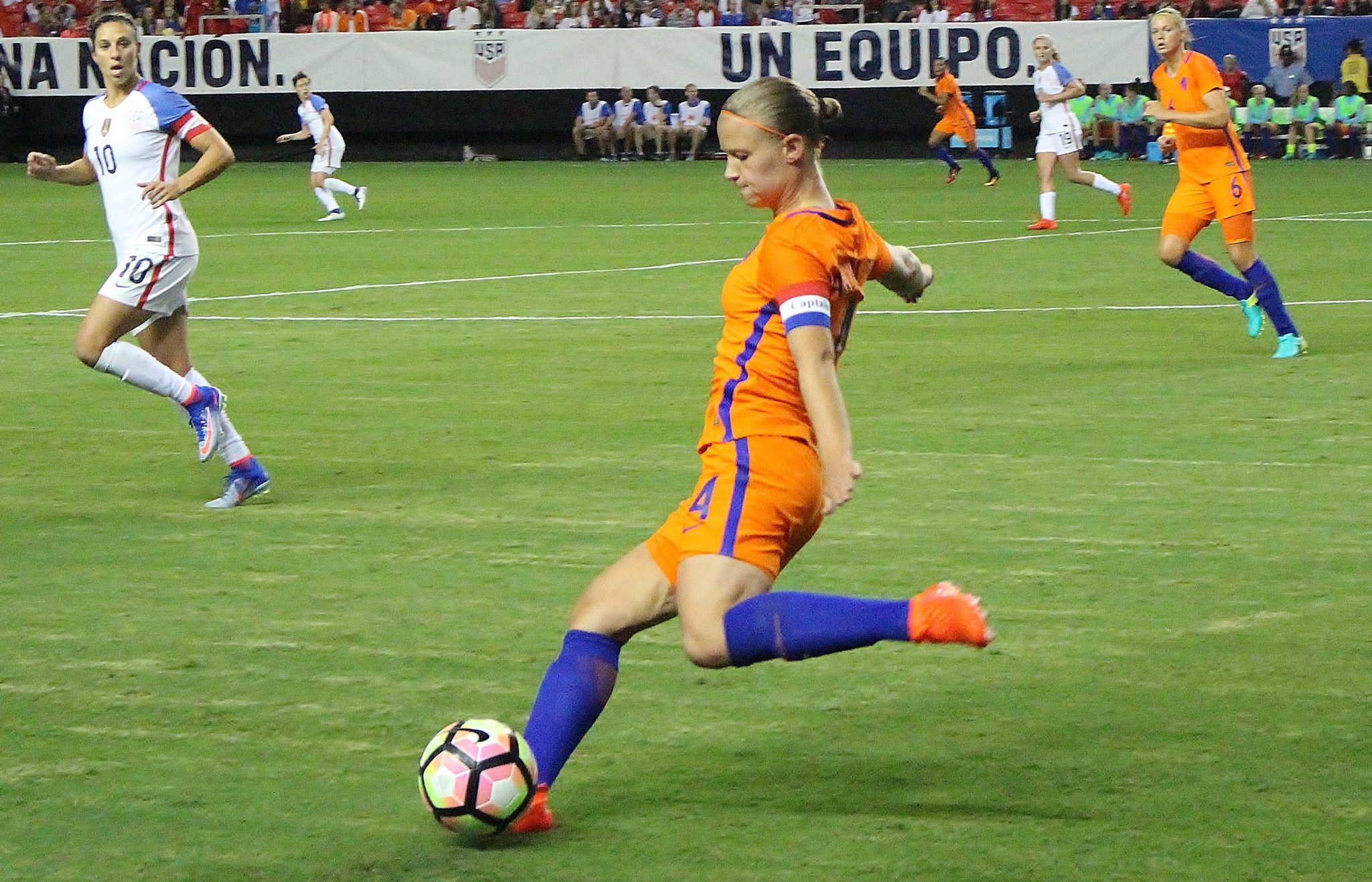 The Netherlands’ Mandy van den Berg announced earlier this week that she will be taking a break from the team. (photo by Allison Lee)

Netherlands captain Mandy van den Berg had a decreased role and was primarily a staple on the bench during the knockout rounds. Van den Berg was frustrated by her shrinking role after previously being a mainstay anchoring the back-four.

“Frustrated, let’s say disappointed,” Van den Berg said. “It was unexpected for me to not play the rest of the tournament. To get subbed in the 54th minute against Denmark and to get to know the other player was going to get to play. That was unexpected and very disappointing for me.”

Van den Berg started a pair of Group A matches and made two appearances as a substitute during the knockout round, totalling  180 minutes at the EUROs. Going into the tournament, she had no idea that she would see less playing time and her role reduced.

“That is why it was very unexpected. Of course I was disappointed to not get more minutes and to not be able to be on the pitch. What I’ve said before, I know that the performance of the team is more important, than whoever. I am who I am. I got the captain’s armband in 2013 for that, and with or without the armband, I’m still the same person. I brought the same to the team as I did before, only not on the pitch, because that is hard if you are on the bench. Besides that, I’ve been there for the team.”

Earlier this week the 27-year old announced that she would be taking a break from the Netherlands national team. Whether she returns remains to be seen, but it would be a tremendous loss if she decided not to. A captain leads by example, and when, and if, Van den Berg does return, maybe she can work to earn more time on the pitch.

“I think that made the difference, to be honest,” van den Berg admitted. “I think that players took the step to play abroad. It made us better players, and I think that is what we needed for the EUROs. I don’t think the league in the Netherlands is good enough. I think it has to be stronger, and it has to get better.

“I hope the association and the clubs themselves will put in extra energy and money for facilities and extra quality for the players. The fact that many players have made the step abroad, brings extra quality to the national team. All the players who play in the Netherlands can look up to these players and learn from them.”

As women’s football moves forward in the Netherlands, it’s crucial that Royal Dutch Football Association (KNVB) provide more funding, initiatives to advance the sport, and The Eredivisie Vrouwen. The seeds have been planted, and it’s up to the KNVB to invest and continue growth and development. Van den Berg believes that the fans who supported the national team at the EUROs will go to Eredivisie Vrouwen matches, continue to support, and follow players at home and abroad.

The next test for the European Champions is qualifying for the 2019 FIFA World Cup in France. Netherlands will kick off qualification on October 24 against a familiar opponent. As fantastic as it is to win the EUROs, missing out on the World Cup would be a devastating blow for the Dutch.

“Oh definitely, it’s a must,” Van den Berg quickly answered. “We must qualify for the tournament. It’s not going to be easy when we are again in a group with Norway. We meet them again, so it’s going to be really, really hard to quality. If you win the European Championship, it’s a must to be at the World Cup.”

Mandy van den Berg may or may not be a part of that competition. It’s entirely up to her. Her main focus going forward is Reading FC Women. Van den Berg will be entering her first full season with Reading, and she is looking forward to a new challenge.

Só happy to be back ? #Repost @readingwomenfc ・・・
Mandy's back ??? pic.twitter.com/wjw4TbIf9g

Not known as WSL table toppers, Reading will be out to prove that they can compete with the likes of Manchester City, Chelsea, Arsenal, and Van den Berg’s former club, Liverpool. Expectations are cautious, but Reading want to compete and be competitive in each and every match. They have match-winners and should play on the front foot.

“I think we’re looking to compete with the top three, the top four. I think we have quality to look up at these positions. If you play football, you always want to win. If we could get Champions League, that would be amazing, but I don’t think that is really, really the thing at the moment.

“We have a lot of new players, no doubt about quality. I believe that this group can reach the Champions League, but that is the question. We have to get use to each other. Hopefully we can compete with the top three and four.”

The EUROs are long over, and Mandy van den Berg isn’t quite sure what her national team future holds. Only she will be Reading the tea leaves. Reading FC Women will present an opportunity to play football consistently and not worry about playing time.