Also in today’s Roundup, dates set for South American World Cup/Olympic qualifying, and Christina Gibbons among four soccer players up for NCAA Woman of the Year

Jess Fishlock is heading back in with Wales to begin World Cup qualifying.

Jessica Fishlock, the most capped Welsh player of either gender, is back with the team for the start of World Cup qualifying. Fishlock has endured a rough 2017 for the Reign missing time with injury as the team falls to the brink of playoff elimination for the second season in a row. Fishlock was also left out of Wales camps when healthy, which the Reign said was so she could rest.

Wales’s daunting campaign to qualify for 2019 begins September 17 in Kazakhstan. Group 1 though includes England and Russia who will have to be overcome to get to the World Cup. Wales’s second qualifier is October 24 in Russia. 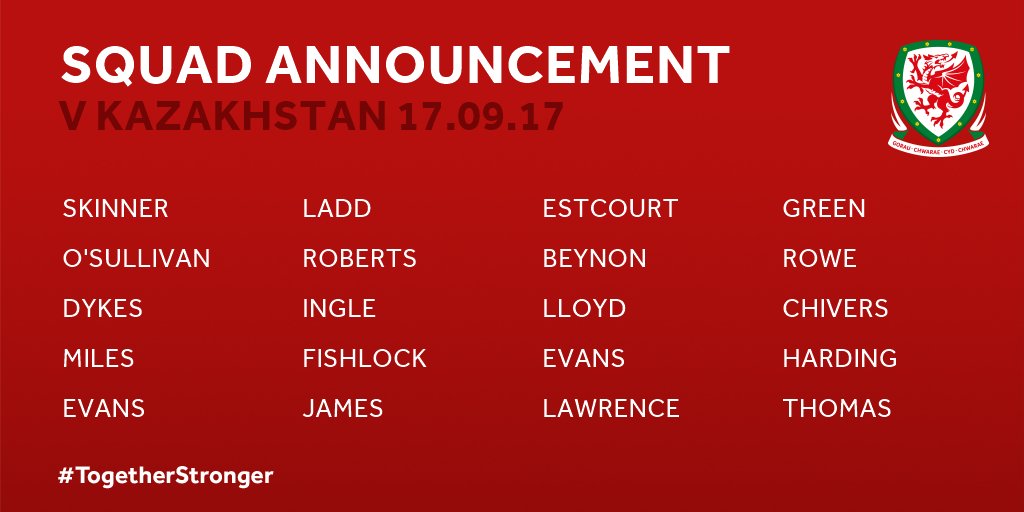 Belgium also put out their roster. The Red Flames will open as heavy favorites to beat Moldova on September 19, but in the bigger picture they should be in a dogfight with Italy and Portugal for the automatic qualifying spot from Group 6.

The top four runners-up will playoff for a final European spot at the next World Cup. France has qualified as hosts.

The 2018 Copa America Femenina will take place from April 4-22, 2018 in Chile. The tournament is of the utmost importance as the results will determine with South American nations qualify not only for the 2019 World Cup but also the 2020 Olympic Games in Tokyo.

South America—known formally as CONMEBOL—will put two teams directly into the World Cup finals and a third into an intercontinental playoff. Qualifying spots for 2020 have not been formally announced but South America had two spots in 2016 including host Brazil.

The Brazilians have been the dominant team from the continent since the dawn of women’s global soccer. However, Colombia has made inroads, upsetting France on the way to the knockout round of the World Cup and playing the United States to a 2-2 draw in their final match at the 2016 Olympics.

Christina Gibbons up for NCAA Woman of the Year

FCKC 1st round pick Christina Gibbons could get one more college honor–she is up for NCAA Woman of the Year. (photo copyright Lewis Gettier)

FC Kansas City 1st round pick and former Duke Blue Devil, Christina Gibbons is among 30 athletes up for the 2017 NCAA Woman of the Year award. Gibbons is one of four soccer players on the list and the only from Division I. The list of 30 includes 10 each from Division I, II, and III.

Nine finalists—three from each division—will be announced later this month with the winner named October 22 in Indianapolis.

The NCAA Woman of the Year has been presented annually since 1991. The only prior winner to play soccer was Elizabeth Tucker from Notre Dame in 2014.