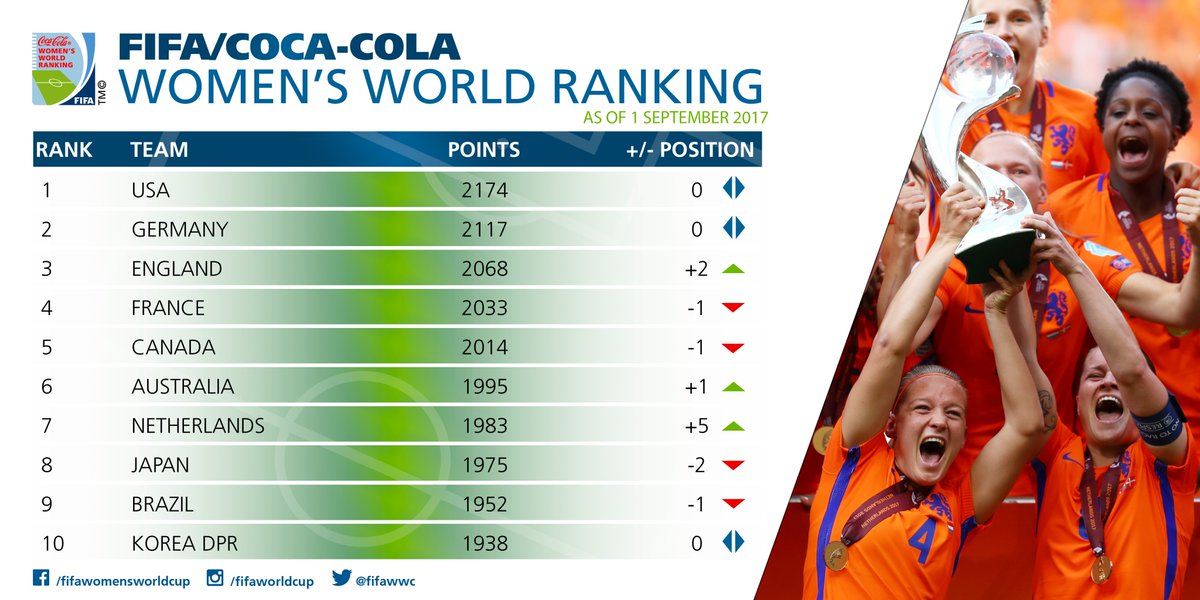 The United States and Germany maintained the top two spots in the latest release of the FIFA World Ranking on Friday. Neither were successful in their respective summer tournament—the U.S. lost out to Australia at Tournament of Nations while Germany were put out of the Euro quarterfinals by Denmark. But the World Cup and Olympic champions respectively held the top spots ahead of England who jumped up two spots to an all-time high No. 3. France and Canada both dropped a spot to No. 4 and 5 respectively.

The Netherlands’ win in the European Championships has them crashing the Top 10 party at No. 7. Runners-up Denmark were also forward movers landing at No. 12. Surprise semifinalist Austria settled in at No. 20.

Champions League Round of 32 draw completes 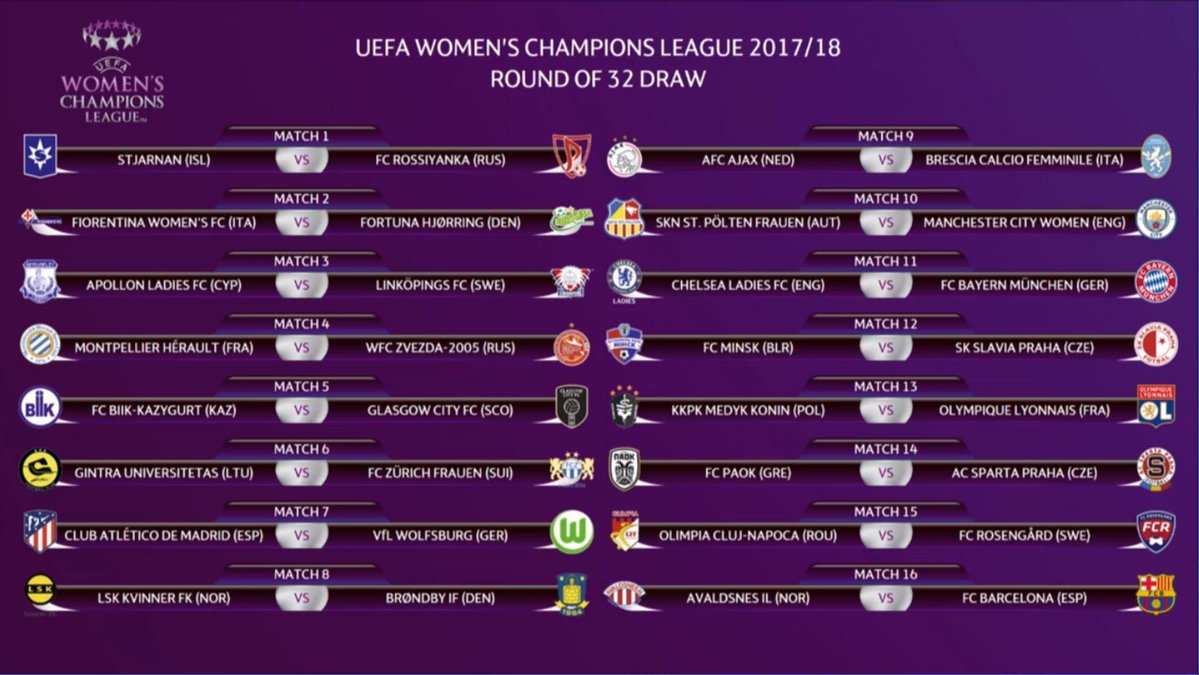 Lyon’s bid for a third straight UEFA Women’s Champions League will begin in Poland against Medyk Konin. Most will tip that tie to be lopsided, but not so for Chelsea and Bayern Munich who will open the most intriguing of the Round of 32 matchups in England. The matches will be contested October 4 and 5 with return legs set for October 11 and 12.

There is no tournament bracket yet. The next draw will be October 16 when the final 16 clubs will be drawn into pairs for November ties. The quarterfinals and beyond will be contested in 2018 with the final set for May 24 in Kiev.

The full list of Round of 32 ties, with the home team for the 1st legs listed first, is:

Rice and the University of Houston will play a rescheduled match on Labor Day Monday with all proceeds going directly to the United Way of Greater Houston’s Flood Relief Fund. The match was originally scheduled for August 27 but was scrapped as Hurricane Harvey made its way toward Southeast Texas.

Online tickets can be purchased at RiceOwls.com/HoustonStrong and using promo code HOUSTONSTRONG.

“Our city has been through so much the last week, and so many people have worked so hard to help others, that the soccer teams from both Rice and Houston want to help,” Rice coach Nicky Adams said in a story published on the team’s official site. “The other week it looked like schools were not going to get a chance to play the match because of the storm, and now we have a chance to play and have it mean a whole lot more as a relief event. We hope fans of both schools will come support this relief effort. I think they’ll enjoy a great soccer game Monday night.”

The match kicks off at 5p,m CDT on Monday, September 4.

Allison’s Friday Favorites: Under the Lights and in the Dark
NCAA Game of the Week: Stanford shuts out Georgetown, 4-0