Monday Roundup: A Swedish Cup trophy for Ella and Erin 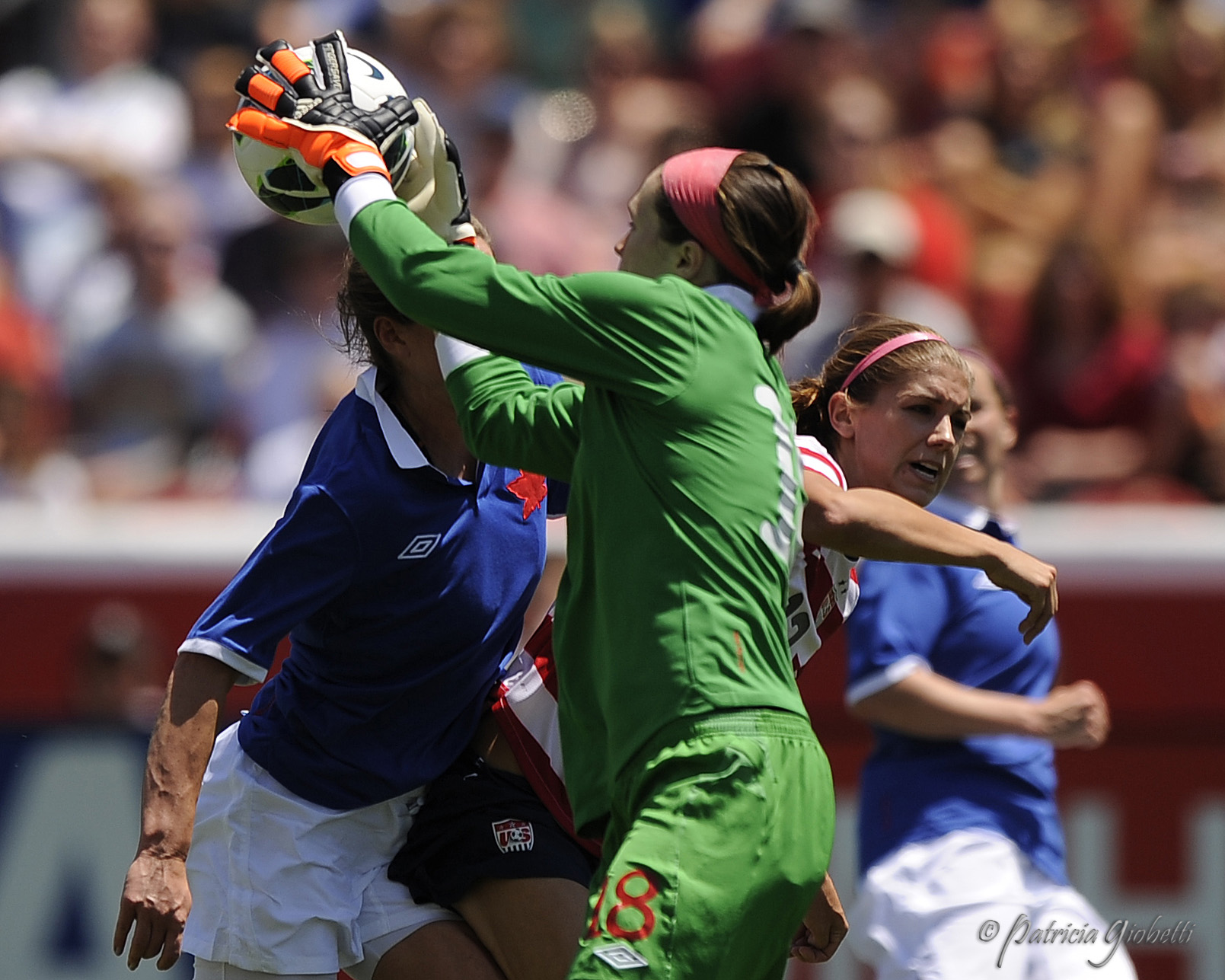 Erin McLeod and Ella Masar McLeod were both starters for FC Rosengard on Sunday when they upended Linkopings, 1-0, to take down the Swedish Cup. It marked the second year in a row that Rosengard defeated Linkopings in the final.

Proud wife moment- @emasar3 with the MVP of the cup final game pic.twitter.com/ZwXUHhsVKg

The difference in the match was a 60th minute goal by Sanne Troelsgaard plus the clean sheet from McLeod. Former WPS player Ali Riley was also in the XI for the winning side. Rosengard are chasing Linkoping in the league table, trailing by 5 points but with a match in hand. They will host a head-to-head matchup between the clubs Sunday, September 10.

New Zealand and Brazil have named their rosters for September friendly series against the United States and Australia respectively. 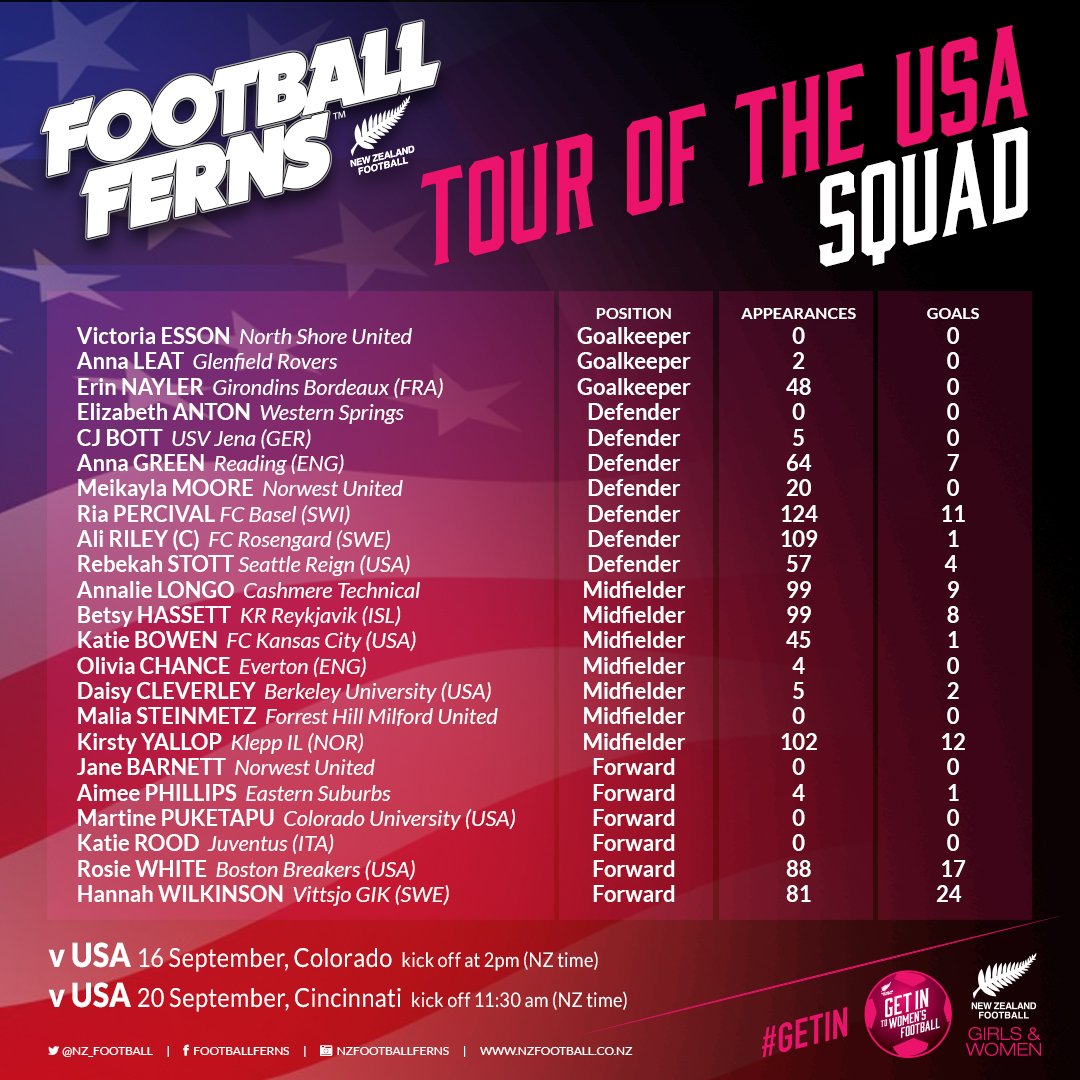 New Zealand will take three NWSL players into matches against the United States on September 16 in Commerce City, CO and September 20 in Cincinnati, OH. Rebekah Stott (Reign), Katie Bowen (Kansas City), and Rosie White (Breakers) have all been called in but not Abby Erceg. The Courage captain distanced herself from her national team earlier this year due to unsuitable pay and conditions.

Other familiar players on the roster include two-time WPS champion Ali Riley, former Tennessee standout Hannah Wilkinson, and Erin Nayler, who had a brief and unsuccessful stint with Sky Blue last season during which she never appeared in a match.

One other player not included is Katie Duncan, who announced her retirement from international soccer after 119 appearances or the Football Ferns.

The full New Zealand roster is:

Goalkeepers (3): Victoria Esson, Anna Leat, Erin Nayler
Defenders (7): Elizabeth Anton, CJ Bott, Anna Green, Meikayla Moore, Ria Percival, Ali Riley, Rebekah Stott
Midfielders (7): Annalie Longo, Betsy Hassett, Katie Bowen, Olivia Chance, Daisy Cleverly, Malia Steinmetz, Kirsty Yallop
Forwards (6): Jane Barnett, Aimee Phillips, Martine Puketpau, Katie Rood, Rosie White, Hannah Wilkinson
***
Brazil is heading Down Under for friendly matches against Australia on September 16 and 19. A half dozen NWSL players are among the 20 call-ups, and the three Orlando Pride players will be in the crosshairs with the club in a playoff race and a lengthy commute to and from Australia for Marta, Camila, and Monica. Other domestically-based players are the Courage’s Debinha and Bruna Benites and Andressinha of the Dash.

The Samba Queens will be looking to make good on a 6-1 beating they took from Australia at the Tournament of Nations earlier this month. The countries have also met in the knockout round of the last two global championships. Australia put Brazil out of the 2015 World Cup in the Round of 16, and Brazil prevailed on penalty kicks in the 2016 Olympic quarterfinals.

The full Brazil roster is:

The 32-team field for the UEFA Champions League knockout phase was settled on Monday with the completion of the qualifying tournaments. The winners of nine single round-robin groups advanced, as did Zurich, the group runner-up with the best record against sides that finished first and third in the four-team groups.

Many of the matches were lopsided, but there was some final day drama including CFF Olimpia drawing Hibernian 1-1 to top Group 2. Zurich went through after a 0-0 draw with Minsk, who won Group 6.

The full list of qualifiers to the Round of 32 is:

The draw will be made Friday.

Canberra loaded up for W-League season

Canberra United have announced that Michelle Heyman will return to the club for the 2017-2018 season and that Ellie Carpenter has signed on for the season after leaving Western Sydney Wanderers.

Canberra finished top of the W-League table last season before losing an extra time semifinal to eventual champion Melbourne City FC. The club has won at least one trophy in four of the last six seasons beginning with the double in 2012.