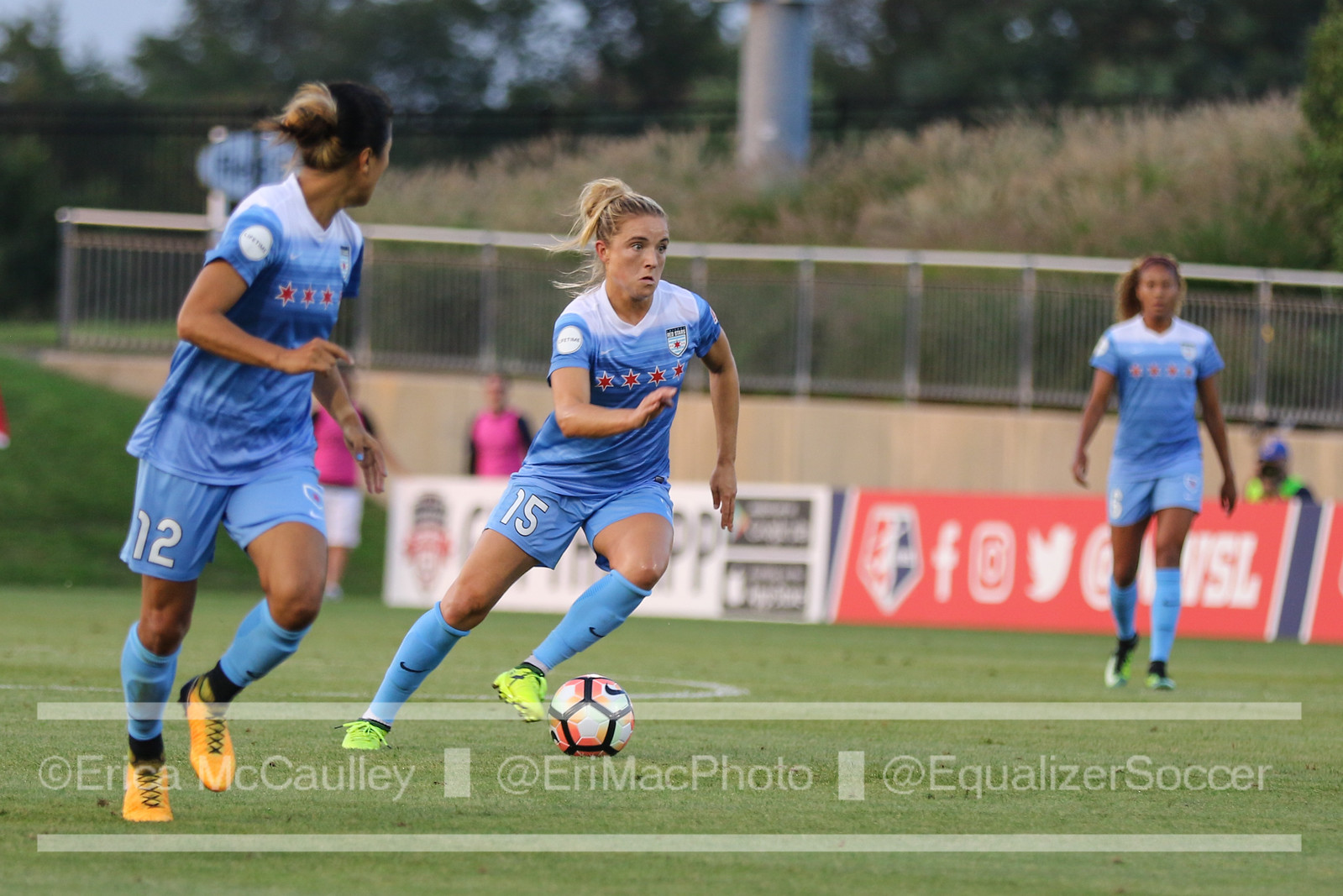 The Spirit nearly got away with one point on Saturday night versus the visiting Red Stars as they scored an equalizer late into the match, but the Red Stars then scored and even later game-winner to take all three points.

It all began in the 22nd minute when the Red Stars took the lead. The goal was scored by Kristie Mewis, who had just been acquired from Washington Spirit earlier in the week.

Danielle Colaprico earned an advantage when Caprice Dydasco stopped shielding the ball from her as it approached the sideline. Thinking it was out of bounds, Dydasco stopped to look at the referee, expecting a whistle, but the play was allowed to continue. Following a heavy touch to push the ball forward, Colaprico found Mewis at the top of the box, who then dribbled in and created just enough space around a Spirit defender to burry her shot into the lower right corner.

#WASvCHI | GOAL!
22' Kristie Mewis scores against her former team!
It's 0-1 in favor of Chicago. pic.twitter.com/s53HaAFoCd

It wasn’t until the 81st minute of the game that the next goal was scored. The Spirit equalized off a free kick taken by Mallory Pugh. Her long kick went into the penalty area where a free Cheyna Williams shouldered the ball into the back of the net to make it 1-1.

#WASvCHI: GOAL!
Cheyna Williams ties it up for the Spirit in the 81st minute! | 1-1 pic.twitter.com/mjP5oDZS7L

Then came Christen Press to the rescue with a late game-winner. After Ertz took possession in the middle of the field, she launched a long ball over the top to Press, who got in front of Dydasco and then dribbled around Spirit goalkeeper DiDi Haracic to shoot from a tight angle just out of Dydasco’s reach as she chased down the play.

The Red Stars then did well to waste time through the remainder of the match including five minutes of stoppage time, taking a 1-2 victory on the road to snap a three-game losing streak.

They will return home to Toyota Park on Sunday, Sept. 3rd to host the North Carolina Courage, who happen to be the Spirit’s next opponent. The Spirit will host the Courage on Wednesday, Aug. 30th.