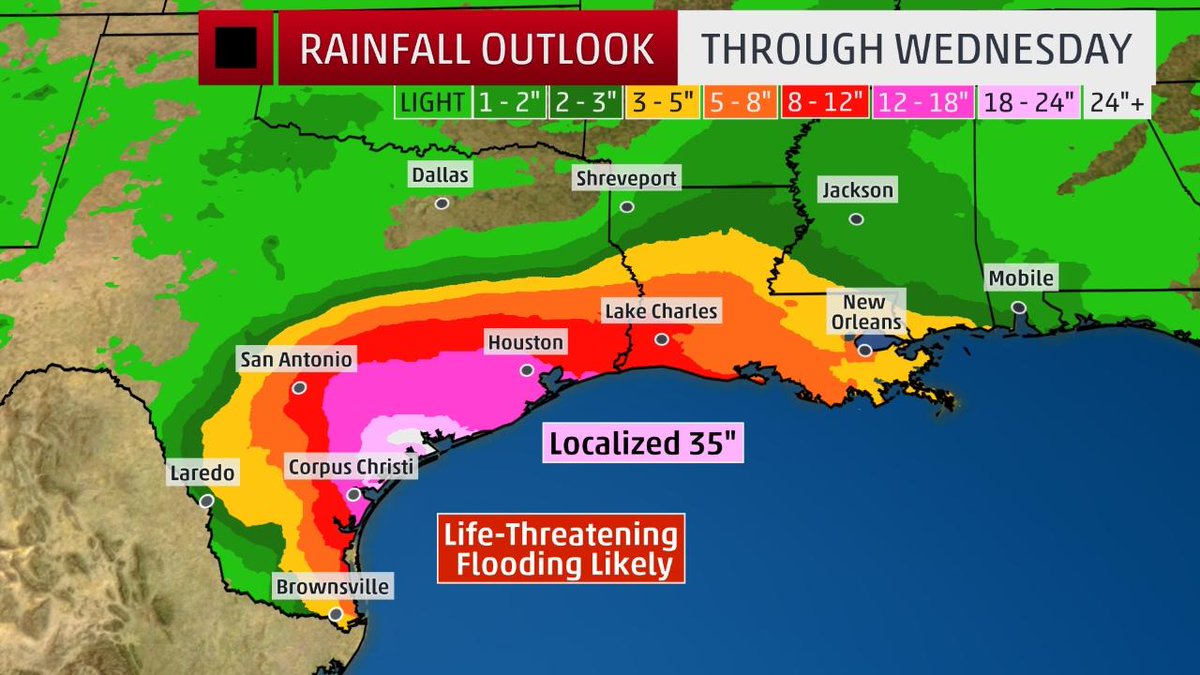 With Hurricane Harvey getting ready to bear down on Houston, the Dash have postponed Sunday night’s match at BBVA Stadium against the North Carolina Courage. No makeup date has been announced at this time.

This is the second postponement in NWSL this season, both involving the Courage. On July 22 they got through 38 minutes of their match in Kansas City before dangerous weather rolled in forcing the match to be delayed and eventually scrapped. It was made up August 10.

The Dash have one prior postponement at BBVA. That was Memorial Day weekend 2016 against the Spirit when a torrential rain storm rendered the pitch unplayable.

The postponement will leave the Courage with six matches to play over the final five weeks of the season, one of which is a FIFA window. The Dash have five matches remaining.