The college women’s soccer season rolls right along into week two tonight. While the first couple of weeks of the year aren’t necessarily full of marquee match ups, there’s certainly some noteworthy matches. Here’s a look at some of the games to watch this weekend.

No. 8 Florida Gators vs  No. 1 Stanford Cardinal 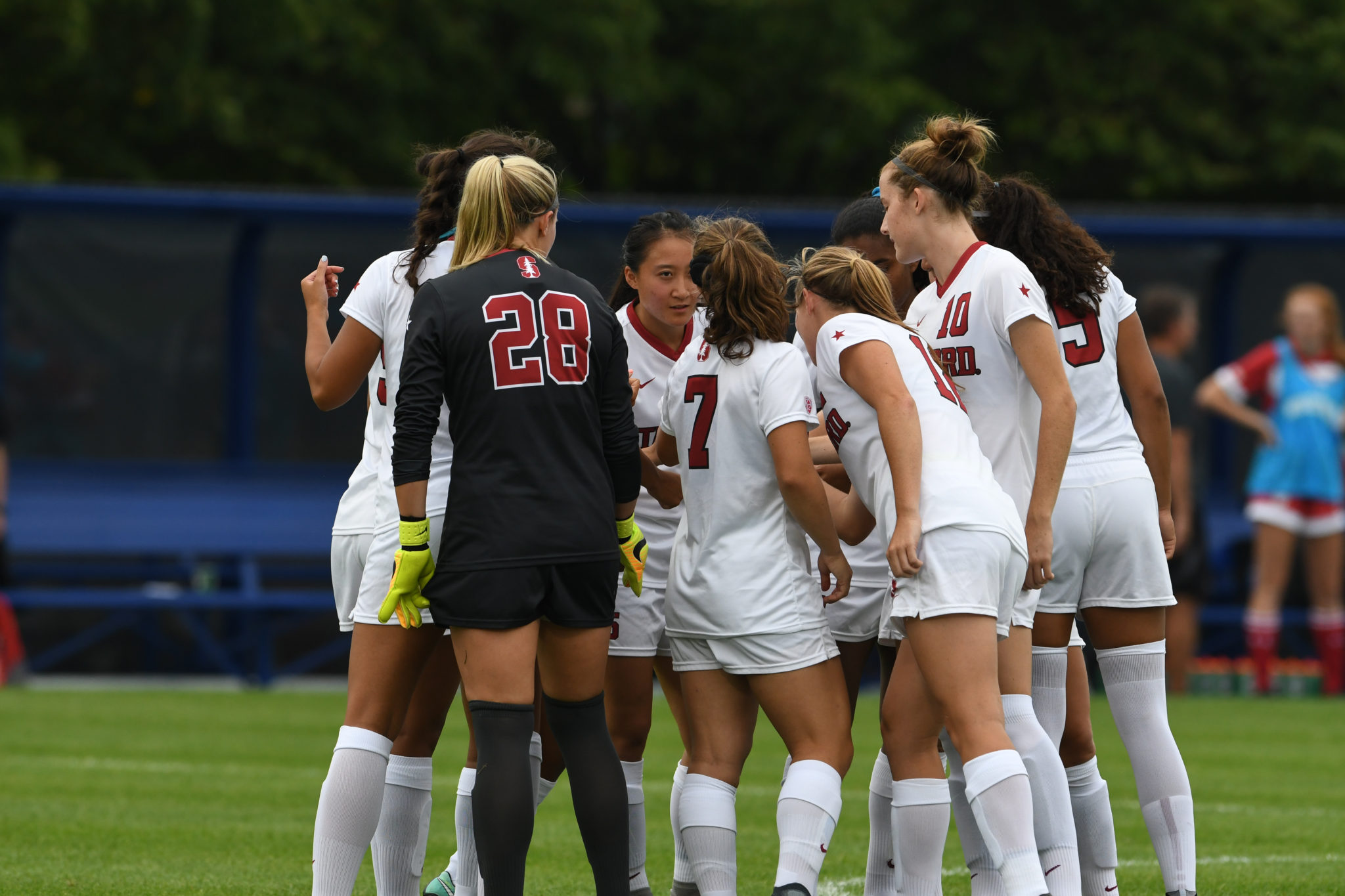 Stanford will hope to hold on to their No. 1 ranking despite a tough road test against Florida. (photo by Aaron Shepley, courtesy of Stanford University)

How to Watch: SEC Network/WatchESPN

Last weekend was a bit of a mixed bag for hosts Florida, who needed a penalty taken by redshirt senior Gabby Seiler in overtime no less to beat Florida Atlantic. Sunday was a different story with five different Gators scoring in Florida’s 5-0 thumping of Troy. Obviously, the Gators will face a much higher caliber opponent in Stanford. How will the Gators fare?

For the visitors, the central question—and a question that will linger throughout much of the season—is how senior Andi Sullivan will return from the ACL tear that ended her, and subsequently the Cardinal’s, 2016 season. Long projected the top pick in next year’s NWSL draft, the defensive midfielder played an hour total in last week’s pair of matches, notching an assist. Meanwhile, redshirt junior Kyra Carusa and freshman Catarina Macario have each tallied three times already for the Cardinal.

How to Watch: Pac-12 Network

Simply put, any time you can watch UCLA’s Jessie Fleming, you should.  Add in Ashley Sanchez, who’s already been called up by the full U.S. national team and Anika Rodriguez, who led the Bruins with eight assists last season, and this offense will be hard for anyone to stop. For the Broncos, a lot of their ability to keep the Bruins at bay will fall on defender Gudrun Arnardottir, an Icelandic international who won the WCC Freshman of the Year Award a season ago.

Obviously, these two teams have the same mascot. What they also have in common is that each lost several important pieces from last year’s standout squads. There’s certainly a lot of talent still present, however, on each side. For Clemson, keep an eye senior Shannon Horgan, who’s seen time at left back for the U.S. youth national team programs but plays further up the field for her college team. Known for her refined left foot, Horgan finished second on the team in points last season. For Auburn, senior Kristen Dodson is the one to watch. The fast, dynamic forward has a high work rate. A a week removed from struggling to tie the ASUN’s Lipscomb, Dodson, who set a program record for points last season, will be key to Auburn’s chances against Clemson.