Run of Play: Defense versus Offense 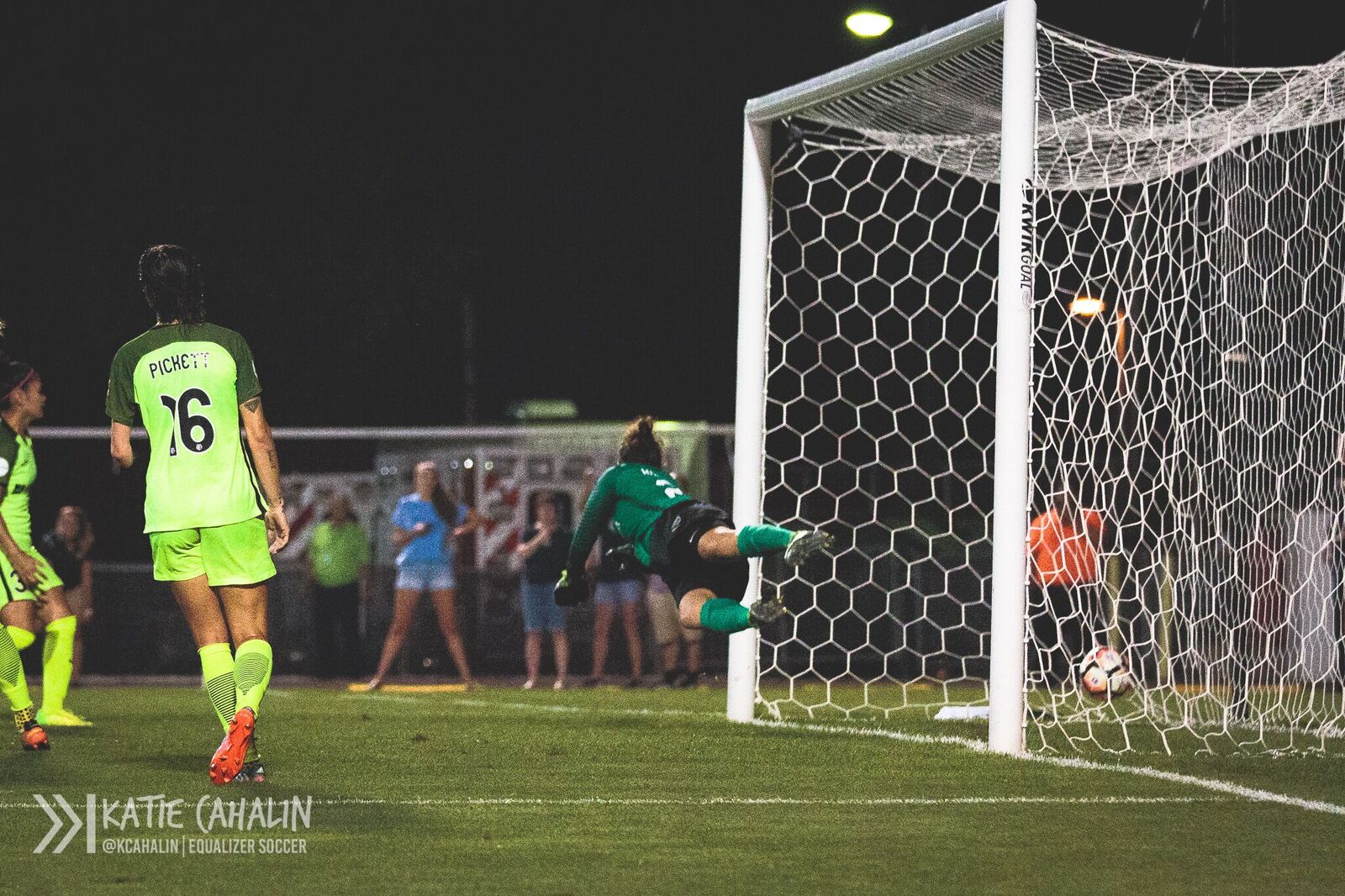 Defense wins championships, or so the adage goes. In the history of the NWSL, only once has the Shield winner not had statistically the best defense in the league – 2015, when Seattle had one more goal against than FC Kansas City. Also only once has the winner of the championship not had one of the top three defenses – 2016, when the Western New York Flash had the sixth-worst goals against in the league.

The NWSL table heading into Week 18 is starting to see some separation. North Carolina, with a game in hand, is a full five points clear of Portland in second place, who in turn is another five points clear of Chicago and Orlando in third and fourth place. North Carolina and Portland are also one and two in terms of goals against. Chicago has the third least, and Orlando is tied with Boston, of all teams (currently in ninth place), with the fourth least. Here’s where it gets a little interesting. Seattle and Sky Blue, two and three points behind Orlando respectively, have the third worst and worst goals against in the league. The only team who has given up more goals than Seattle is Washington in last place.

While North Carolina and Portland are looking fairly secure in their playoff spots, the sudden slide of Chicago combined with the surge of Orlando has the last two spots up in the air. FC Kansas City is also rising, and although Houston is struggling to string together results, they are still tied with FC Kansas City on points and seven clear of Boston. It begs the question: how far can a high-flying offense carry a struggling defense?

As previously mentioned, Western New York (now North Carolina) will tell you the answer is all the way, although some may argue a key moment of poor set piece defending helped them out. This also depends on where you sit in the Shield versus Championship debate. And speaking of the Flash, let’s examine North Carolina. Their offense, thanks to both injuries as well as a dip in the form of Lynn Williams, is not what it was last year. They haven’t scored more than three goals in any game, but what they have done is only allowed 14 goals in 18 games, winning 13 of those. At the end of 90 minutes, three points is three points whether you score one goal or five. And for those who stress the importance of goal differential, as it can be, North Carolina also has the best at 12, and that has a lot more to do with their defense than offense – they have more clean sheets than any other team, and the same number as Sky Blue, Washington, Seattle, and Orlando combined. Similarly, Portland has only beaten a team by three goals once this season, but Adrianna Franch has collected more clean sheets along the way than any other keeper this season.

Now contrast that with Chicago, who isn’t in the top five for goals for but still statistically has the third best defense. However, a third of their goals conceded have come in August, and they haven’t won since July 22. What’s more, their once-vaunted defense, in a variety of configurations, has looked in shambles at times.

Take a look at FC Kansas City’s second goal in their 3-1 win last Sunday. Left back Casey Short was high up the pitch and didn’t show any urgency to recover. Center back Samantha Johnson was lackadaisical with the ball and got muscled off by Shea Groom. The rest of the defense was out of shape, leaving plenty of room for a multitude of FCKC players to make runs into the box. Goalkeeper Alyssa Naeher initially came off her line but then hesitated, waiting for Groom to make a decision instead of either closing down the angle or staying on her line. When Groom cut it back to a wide open Katie Bowen, Naeher made an effort to dive but she was nowhere near the ball and it left her on the ground as Bowen took, and made, her shot.

Chicago’s not spiraling out of control yet, but a once-solid playoff spot now looks insecure, and as their offense has struggled with finishing problems all season long, their defense really needs to sort itself out before other teams take more advantage than they already have.

Orlando, who was so prone to giving up points late in games due to silly defensive mistakes, has looked a lot more solid as of late, just as their offense is also picking up steam. Two of their three clean sheets have come in August, and they would have picked up another in Boston had they not given up a PK in the last seconds of stoppage time (again, silly defensive mistake late in the game). Excluding her distribution, which needs work and may still be suffering from her injury, Ashlyn Harris looks as sharp as ever in goal since her return, while Ali Krieger logs mile after mile keeping the defense intact, and Kristen Edmonds finally appears to be settling in again at right back. Orlando’s defensive success also comes at a time when Tom Sermanni has replaced Toni Pressley, so improved this season, with Monica. The question remains, however, if Orlando can continue the streak against better teams. It’s a question that should get a partial answer on the road this weekend against suddenly resurgent FC Kansas City.

On the other end of the spectrum, you have Seattle and Sky Blue, who may be dragged to the playoffs by their forwards no matter what their defense does. They’ve proven capable of delivering five-and six-goal smackdowns on other teams, but they can lose by just as much. Sky Blue has conceded nine more goals than any other team. However, the league’s leading scorers are Sky Blue’s Sam Kerr with 15 and Seattle’s currently injured Megan Rapinoe with 12. Kerr has received deserved praise for her performance this season, keeping her not only in but at the top of many MVP conversations. A little more league history for you – the NWSL MVP has always also been that season’s Golden Boot winner, and the MVP’s team has always made it to the playoffs. If Kerr can’t pull Sky Blue back up to fourth place, which is a tall order given not only how porous their defense has been but the current downward trend (haven’t conceded less than four goals a match in August, haven’t conceded less than two goals in a match since July 1), it will make for a very interesting MVP vote.

I would never take anything away from the astonishing feats Kerr has accomplished this season, pulling off game changers not even Kim Little was able to do, but there are moments when we have to wonder what in the world defenses are thinking. On the goal that secured her game-tying hat trick, Kerr was surrounded by no less than four defenders. Not a single one of them tried to close her down or force a pass.

Earlier in the same game, Seattle exposed the Sky Blue back line with a quickly taken throw-in. Christine Nairn beat her defender to both the ball and the endline and cut it back for Rumi Utsugi, who had a step on the players to either side of her and was able to one-time it in stride inside the box. The ball took a lucky deflection off Katie Johnson, who was left unmarked directly in front of goal, likely because they thought she was offside although it appears Nikki Stanton held her onside, and as a result Kailen Sheridan went the opposite way.

All of this makes for a bit of a “tortoise and hare” situation in the playoff race. North Carolina has been nothing if not steady. Portland and Orlando may be peaking at the right time. Chicago was as steady as North Carolina, but their tendency toward slow starts and coasting offensively may be their undoing. And Seattle and Sky Blue, after bursting out of the gate, are finding they might be out of gas. Does defense truly win championships, or is it as simple as scoring more than the other team?