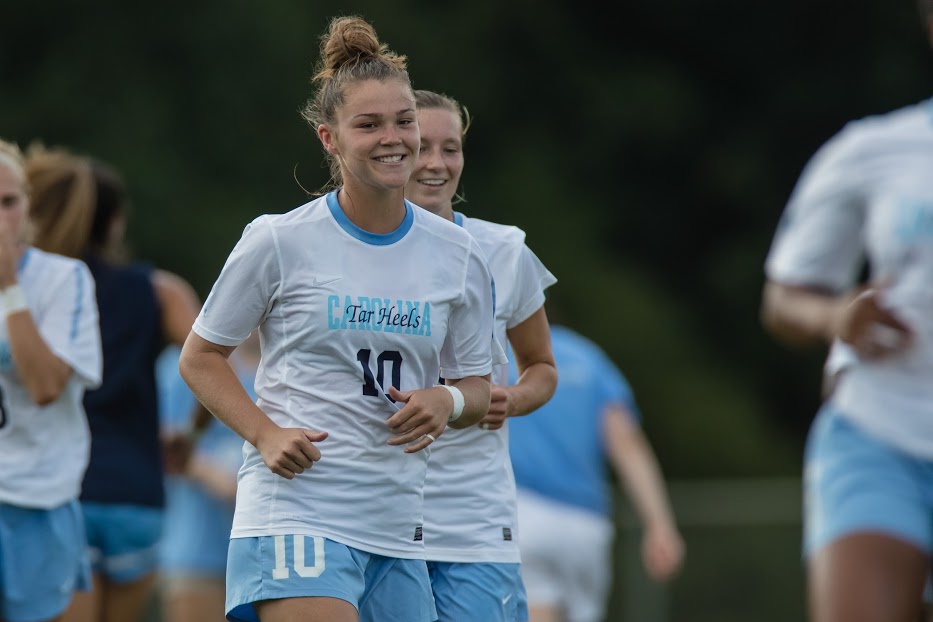 Down a goal, just over 30 minutes into the 2017 season, North Carolina redshirt senior Joanna Boyles stepped up to take a free kick. The well-struck ball hit the crossbar and went in, tying the game at one all.  The goal marked her first tally for the Tar Heels since 2015 after being sidelined not once, but twice by ACL tears. In her return, the Raleigh native played a decisive role in the North Carolina’s 2-1 win over the Duke Blue Devils.

The reaction was palpable the crowd erupted, and presumably not just because the goal evened the score against the Tar Heels arch rivals. After all, Boyles received an extra bit of applause when announced in North Carolina’s starting XI. For the creative midfielder, however, the emotion she felt was connected to the actual match after dealing with the emotional part of her returning to play during the spring season.

“This emotion was just very in-the-game, very raw emotion, and the first goal I kind of took that on me,” Boyles said after the game. “(I) gave the ball away, they countered and scored so for me, that emotion being able to get us back in the game…it was a relief, just raw emotion.”

The redshirt senior did talk about her 21-month journey back to the pitch in an official match, a journey that began with her first ACL injury in November 2015 and was followed by a second just shy of a year before her triumphant return in Friday’s game. In her mind, the second tear only strengthened her resolve to get back in a Tar Heels uniform.

“My second one, I was so focused and so I had a different mindset,” she said. “After my second one, there was no doubt that I would be even better than I was before. That was kind of the way I approached my rehab and approached everything getting back on the field.” 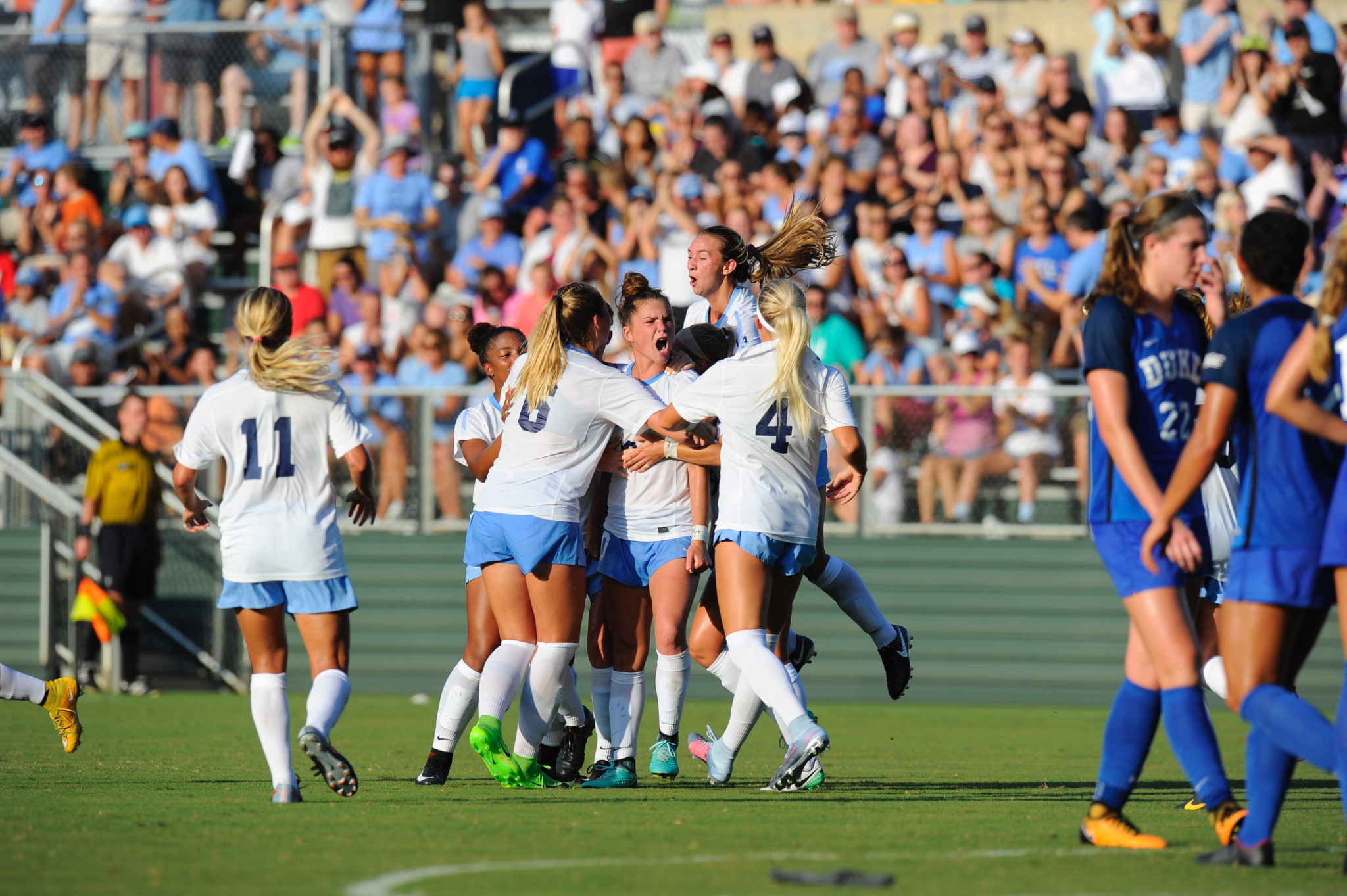 Joanna Boyles (center) and her teammates celebrate her first half strike. (photo by Jeffrey A. Camarati, UNC Athletic Communications)

Undoubtedly, that rehab required untold hours of repetitive exercises to rebuild what was lost in an instant. Similarly, repetition is also how Boyles honed one of the skills she’s probably most associated with and the one that proved critical in the Tar Heels winning their 2017 debut.

Boyles’ ability to strike the ball came into play again in the game winner just over three minutes into the first overtime period.  Duke registered twice as many shots as the Tar Heels in the second half, swinging the momentum in the Blue Devils’ favor. The Tar Heels earned a corner that initially came to naught, but the Tar Heels retrieved the ball and Boyles sent a cross into the box that found forward Jessie Scarpa. Scarpa’s header snuck just inside the left post. Game over.

Fittingly, last Friday’s match took place at WakeMed Soccer Park, where the Raleigh native probably took some of those free kicks as a kid during the construction of North Carolina’s new soccer stadium. Boyles called it a “personal kind of coming home.”

The homecoming was capped off by winning the ACC’s Player of the Week award. In so doing, Boyles announced her comeback in style. Goalkeepers beware.