Week 17 saw some of the wildest action NWSL has ever produced. The Reign won on Wednesday in Chicago with a goal in the 90th and a goal in stoppage time. Three nights later, Sky Blue flipped the script on them with two stoppage-time tallies to pull out an unlikely victory. Meanwhile, the Red Stars are teetering and the Blues are in the race. Here’s where NWSL stands after Week 17 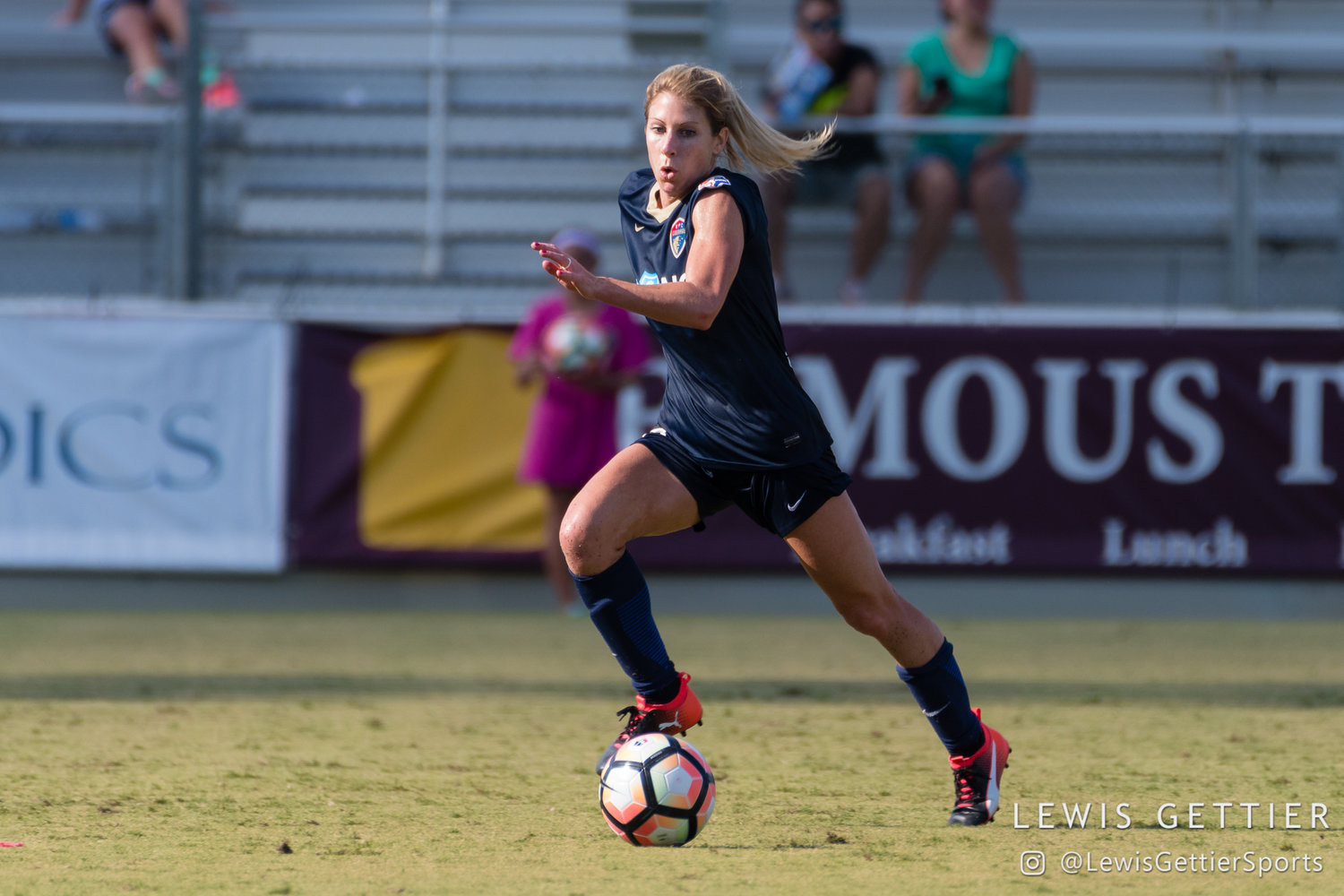 McCall Zerboni during her 100th regular season match, a 2-0 win over the Spirit. (Photo by Lewis Gettier.)

“(Christie Pearce) has put her heart and soul into this game and into this club. We respect her for that. There’s only so much a body can take. We give her a lot of credit for what she’s done. We wish her well. Hopefully she recovers. Whether it’s this year or next year, I’m not sure. But we will welcome her back.” — Tony Novo, Sky Blue FC general manager

Here are some story lines we’ll be following during Week 18:

-Will the Courage clinch a playoff berth this weekend?
-Will FC Kansas City continue to inch closer to the top four?
-Will Rose Lavelle be available for the Breakers?