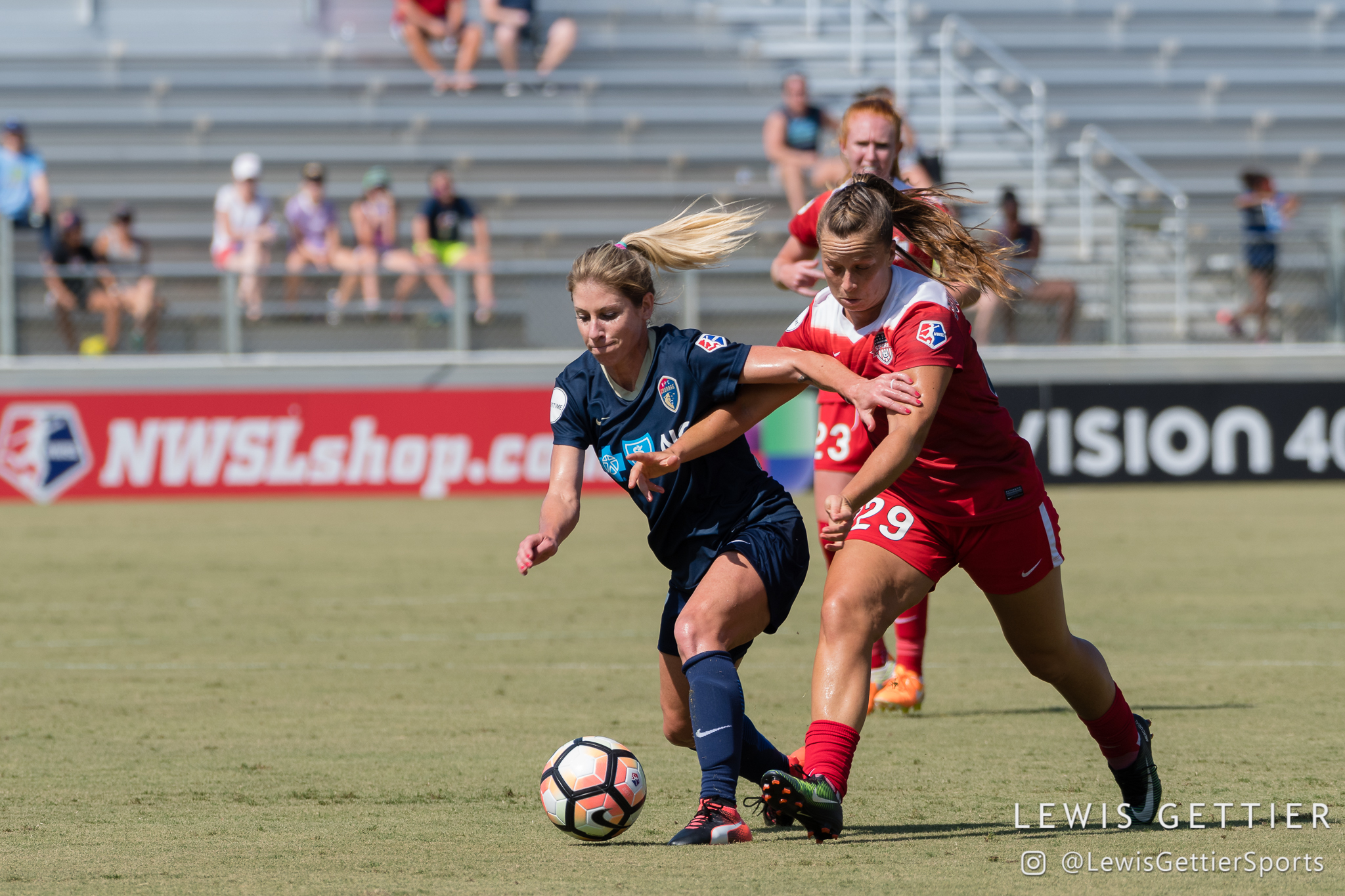 CARY, N.C. — The North Carolina Courage defeated the visiting Washington Spirit 2-0 on two second half goals Saturday afternoon.  The first goal came almost immediately after the second after began as Ashley Hatch was able to take advantage of a whiffed clearance. The home side added another late in the game via an own goal. Here’s a look at some of the notable talking points from the match.

In the first half, the Spirit had the better of the ball but didn’t capitalize. They either played passively or their forays forward ended prematurely as a result of not being on the same page.  This certainly isn’t the first time the Spirit have put in a good first half and come up empty at the final whistle. In fact, it’s a familiar refrain.

“I just don’t think we were incisive enough, aggressive enough in the final third with our last ball or getting shots off,” Washington Spirit head coach Jim Gabarra said about the match. “I think it was a great half. It was similar to Portland where I thought we were the dominant team and  didn’t really have anything to show for it and then we came out and we came out way too flat and passive second half and gave up a goal and it set us back confidence wise for probably a half an hour.”

“They did nothing,” Gabarra said later about the Courage attack in the first half. “They did nothing. They had nothing. Zero. Zip. Not even a threat. I mean one long throw in and no chances. Yeah, like we have to have an exorcism or something.”

Supernatural interventions aside, what the Spirit need desperately is confidence going forward and they may well get it when Franny Ordega returns to the play. Gabarra indicated that the Nigeria international who has been on the of the Spirit’s most reliable weapons in the attack is expected to be cleared this coming week. The forward was placed on the 45 day disabled list following a surgery on her right knee last month.

A full month hasn’t even passed since the Irish international asked for her release from the Houston Dash seeking more playing time. Yesterday, O’Sullivan played an important role for the Courage in her first start with the side. Although it didn’t show in the box score, she played a notable role in setting up the first goal. She played a good ball to Kristen Hamilton who then sent the ball into the box that Hatch capitalized on.

While it’s a bit premature to call O’Sullivan’s decision to ask for a release a success, her performance yesterday, particularly in the second half, certainly supports it. As the Courage march forward to the postseason, it will be intriguing to see how O’Sullivan fares. She could be an important piece to the team’s quest for a second straight title especially since Debinha has dropped off after a promising start.

This season it’s been incredibly special to celebrate the 100th NWSL appearance milestone with a handful of players. Obviously, it’s a step in the right direction to have a league where playing 100 games is actually achievable and more importantly, it’s a chance to celebrate some league stalwarts that otherwise might not get much attention.

Postgame Paul Riley, who’s coached the UCLA product in Portland, Western New York and now in North Carolina spoke at length about his midfielder. He said that’s playing her best soccer ever presently.

“I don’t think she’s too old to be on the national team and this wasn’t one of her great games today,” Riley said. “I’ve got to be honest with you, she was Steady Eddie today, but she does so much. She picks up so many balls. How many balls did she intercept in the game? It’s incredible how she reads the game but she’s got better at reading the game. Her IQ has gone way up her distribution is better than it used to be. She’s unbelievably header of the ball. She’s everything for our team right now in the locker room and on the field… I think she has another 100 games in her. If I could coach her for another 100 games that would be great.”