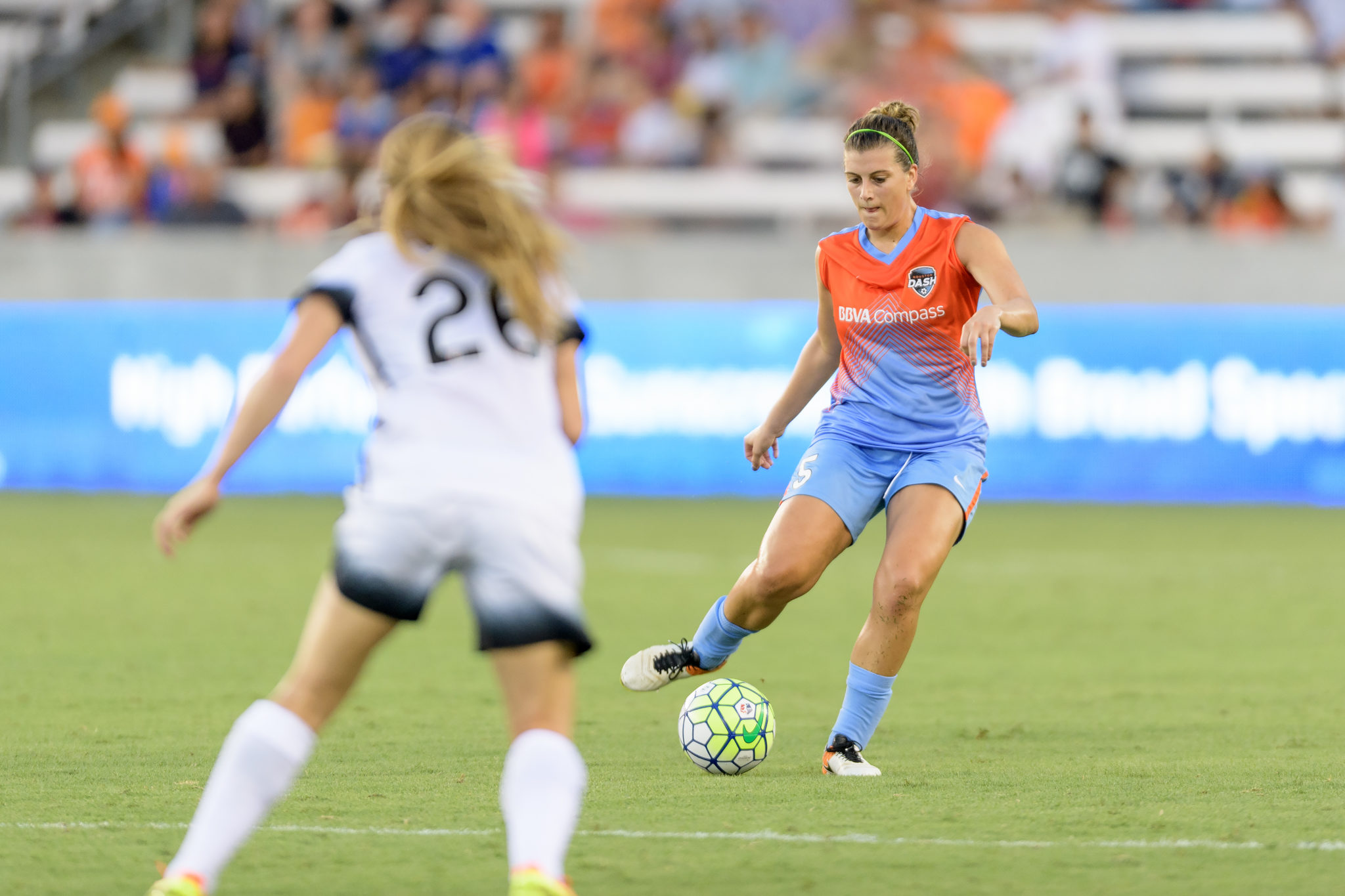 Even before this match ever kicked off, it was likely that the Houston Dash were looking to knock down the Portland Thorns. However, the Thorns (10-5-4) prevailed in a contest of wills on Saturday night, knocking the Dash (7-10-2) down 2-0 on goals from Lindsey Horan and Amandine Henry

Houston started the match at a bit of a mental disadvantage, having their best form of the season broken by the Thorns back in the beginning of August, and chasing both the Orlando Pride and Sky Blue FC for the coveted 4th playoff spot for the NWSL post-season. It was particularly interesting that they were looking for another notch towards this goal against Portland, who have been sitting in the second place standings in the NWSL table, and who suffered a shocking loss to last-place FC Kansas City 2-1 on Wednesday of the previous week.

Portland looked to be shaking off that game very early on Saturday night, keeping all play on the front foot, and trying to get on the board as early as possible. Quick possession led to multiple dangerous chances, and while Houston tried to stay competitive in the counter-attack, the Thorns shut down most play that would be considered truly aggressive in Portland’s final third. Eventually, through cohesive offensive possession, and a few missed chances, the Thorns were able to break through and strike a Lindsey Horan header through to the back of the net from a spot-on Meghan Klingenberg assist (Klingenberg leads the team with assists at 5).

14' @Lindseyhoran11 scores her 4th goal of the season to give the @ThornsFC​ and early lead over the visiting @HoustonDash​. #PORvHOU 1-0 pic.twitter.com/lHG0gm7Jpd

Houston battled back hard after the initial Portland strike, but found it difficult to make a final counter in Portland’s final third, allowing the first half to end with a 1-0 scoreline favoring the hosts.

After the second half began, Portland began to pick up on the momentum they’d retrieved at the onset of the game, and quickly started looking for a second goal. It wasn’t long before they found one in the stellar play of European internationals Nadia Nadim and Amandine Henry. Nadim was able to whip a ball into the box after a couple of missed shots from the Thorns’ strikers, and Henry found a way to put her head on the end of it, earning Portland a second goal and doubling their initial lead.

48' "Two bites at it for Portland," as @amandinehenry6's header gives the @ThornsFC a 2-0 lead. #PORvHOU pic.twitter.com/Pg8Pes5iMr

After Portland’s second goal the match got rather chippy, with many yellow cards being given to both teams. Most interestingly, around the 79th minute, Rachel Daly was given a red card (after an earlier yellow, though it was unclear whether that card was a factor in the red), though Thorns defender Emily Sonnett was given a yellow card for the same contact. Regardless of that confusion, the Dash went on to play with 10 after that call, reducing their ability to counter, and allowing the match to end with the final scoreline of 2-0.

Portland will be thrilled with the result, and their home record remains stellar this far into the season. Houston can’t feel great about the officiating later in the match, whether or not it altered the final scoreline of the game. More and more it must feel like Houston’s season is slipping away from them, and Portland keeps trying to make a push to make up for failing to progress past the NWSL semifinals last year. Portland plays against the Seattle Reign on Saturday August 26, and the Dash play against first place North Carolina Courage on Sunday, August 27th