The 2017 NCAA women’s soccer season officially kicks off today, and while some teams are starting their seasons off with some easy competition, some teams are bucking that trend. Week 1 of the 2017 season hits the ground running with a Top 5 clash, a meeting of two fierce rivals, and a hard test between two of 2016’s strongest competitors.

No. 5 Georgetown Hoyas vs No. 1 West Virginia Mountaineers 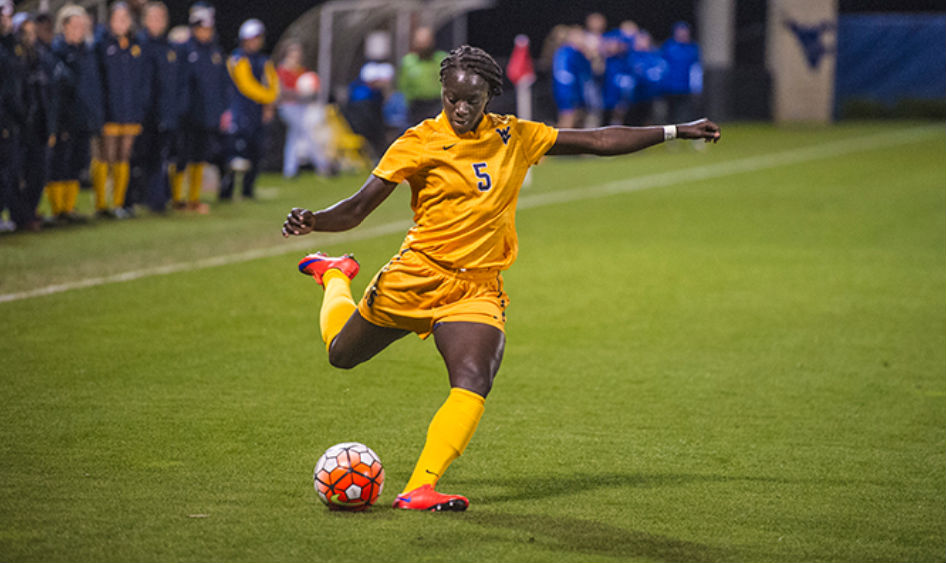 Michaela Abam will be a player to watch for WVU in their 2017 season opener. (photo courtesy WVU Women’s Soccer)

Once Big East rivals, these two 2016 College Cup participants are very well acquainted. In their most recent match up last fall, the Hoyas handed the Mountaineers their only loss of the regular season. Each coming off their respective program’s best seasons, both sides are looking to build off that success.

West Virginia returns nine starters but lost two program all-time greats in Kadeisha Buchanan and Ashley Lawrence.  After losing a center back like Buchanan, things might be more difficult for Riley Foster, who had a stellar freshman campaign in net. Offensively,  senior Michaela Abam was the only scorer for the Mountaineers to reach double digit numbers. Previously a goal was generally enough to earn at least a point, but the Mountaineers might need some time to find their way defensively. Abam’s goal production will likely be even more critical to the Mountaineers’ success.

For the Hoyas, they return Rachel Corboz, one of the most exciting midfield talents currently in the college game. Gone are two of her three most prolific teammates in Crystal Thomas and Grace Damaska, who scored a combined total of 25 goals last season. Amanda Carolan, who started every game last year, does return, however, after posting 11 goals in 2016. Paula Germino-Watnick was a spark plug off the bench last season for the Hoyas, and the dynamic forward may feature more prominently after a productive summer with the Washington Spirit Reserves. Defensively, Georgetown will rely on Liz Wenger to anchor the defense.

No. 6 North Carolina Tar Heels vs No. 12 Duke Blue Devils

Speaking of rivals, there aren’t many in college sports as big as North Carolina vs Duke. Each side returns star players from injury with Jo Boyles returning for UNC after missing all of last season after suffering back-to-back ACL injuries and Canadian international Rebecca Quinn, Kayla McCoy and Taylor Racioppi all back on the field for Duke. It will be interesting to see how well they do in their returns to the pitch. Another element to watch is how the Tar Heels’ defense does after losing two members of its three back in Hanna Gardner (graduation) and Maggie Bill (injury) as well as keeper Lindsey Harris (graduation), who kept North Carolina in the thick of things while the team righted the ship defensively.

How to Watch: BYUtv

What better way to cure the Mondays than some Monday Night Futbol? BYU.tv puts together a stellar cast that’s easily accessible. Did we mention that BYU has had the highest average attendance in college soccer the last two seasons? Keep an eye out for center back Taylor Isom, who’s one-v-one defending was key to her getting called in with the U.S. U-23 team this spring. While the Cougars no longer have Ashley Hatch’s services, they do return Nadia Gomes, who tallied 24 points last season and won the WCC player of the year as a sophomore in 2015.

Admittedly, it may well be a rough season for the Buckeyes after losing Lindsay Agnew and Nichelle Prince, the team’s two leaders in points from a year ago.