Also in today’s Roundup, Amanda Da Costa to retire this weekend, females will referee at the men’s U-17 World Cup, and two Scottish veterans retire 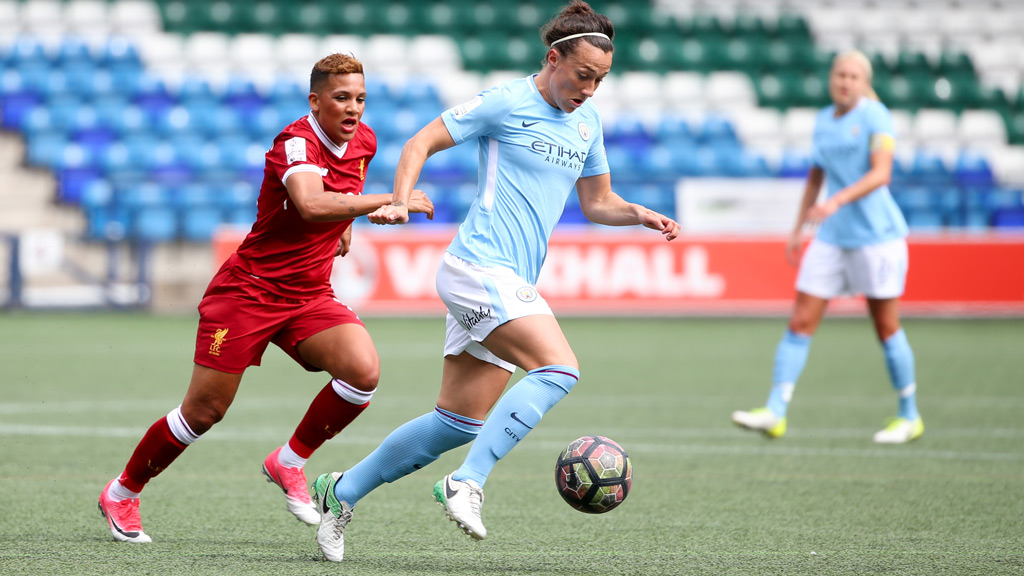 One day after being shortlisted for the Best FIFA Women’s Player for 2017, Lucy Bronze is heading to the world’s best team. The English right back—also a finalist for FA player of the year—is heading to Lyon in a deal that will also see forward Pauline Bremer leave Lyon to join Bronze’s former team, Manchester City.

Bronze will be joining a side that has lifted 11 consecutive French trophies and six straight French Cups. On three occasions since 2012 including the last two seasons, Lyon have also won the UEFA Champions League to complete the treble.

Manchester City meanwhile have been climbing the ranks of European club teams and earlier this spring reached the Champions League semifinals where they fell—to Lyon.

“I’m really happy to be here at Manchester City,” Bremer said on Manchester City’s official site. “I’m looking forward to the new season and taking on a new challenge. It’s such a big Club and the facilities are great. I was so impressed by the whole Academy. The pitches are great, the gym is big…There are so many facilities.

“Everybody knows that Manchester City is a big, professional Club. In Germany, it’s known that women’s football is rising here in England.”

“Making this decision to retire from soccer was never going to be an easy one, and I want to thank the Boston Breakers for supporting me in this choice,” Da Costa said in a statement. “ I have opportunities happening around me that I can’t pass up at this point in my life, and I am looking forward to seeing where life after soccer takes me. I have so much love for my fans, friends, family, coaches, and teammates that I can’t begin to put into words. I am simply so grateful for each and every one of you for inspiring me, believing in me, and challenging me to be a better person and athlete. I can’t wait to continue to be a fan and spectator of the NWSL as I close this chapter. I have seen so much growth in women’s soccer over the past seven years of my career, and I know big things are in the future for us all.”

Da Costa has made nine appearances for the Breakers this season and before that played in 30 matches for the Spirit and Red Stars. All three of Da Costa’s NWSL goals were for the Spirit in 2015.

Following a successful college career at Florida State, Da Costa was drafted into WPS in 2011 by the Washington Spirit and briefly spent time with magicJack after the Freedom were sold and rebranded. She was a Breaker in WPSL Elite the following summer before leaving for Liverpool, where she played two seasons under Matt Beard, winning the FA WSL crown in both.

“I’ve had the pleasure of working with Amanda for three years,” Beard said. “She is a great player, a great person and we shared many happy memories on the soccer field. I wish her all the best and success for the future.”

Da Costa will be the second player to walk away from NWSL mid-season in as many weeks. Last Saturday, Maddy Evans retired from the Orlando Pride to take a job in her native Pennsylvania.

Men’s U-17 World Cup to include female referees

FIFA has made referee assignments for the men’s U-17 World Cup next month in India, and for the first time ever, women will referee at a men’s FIFA tournament.

“We think it’s time for elite female referees to be involved in a FIFA men’s competition. They worked together with male match officials last year and now we want to see them working together in a competition,” FIFA Head of Refereeing Massimo Busacca said in a story posted on the organization’s official website.

The complete list of officials for the tournament can be found here.

Ifeoma Dieke, who once plied her trade in WPS, and Leanne Ross have retired from the Scottish national team. The duo have combined to make more than 250 (122 and 133 appearances for Scotland and were both indicted in the Scottish FA Roll of Honour (sic) last month.