Christie Pearce out rest of 2017 with accumulative injuries 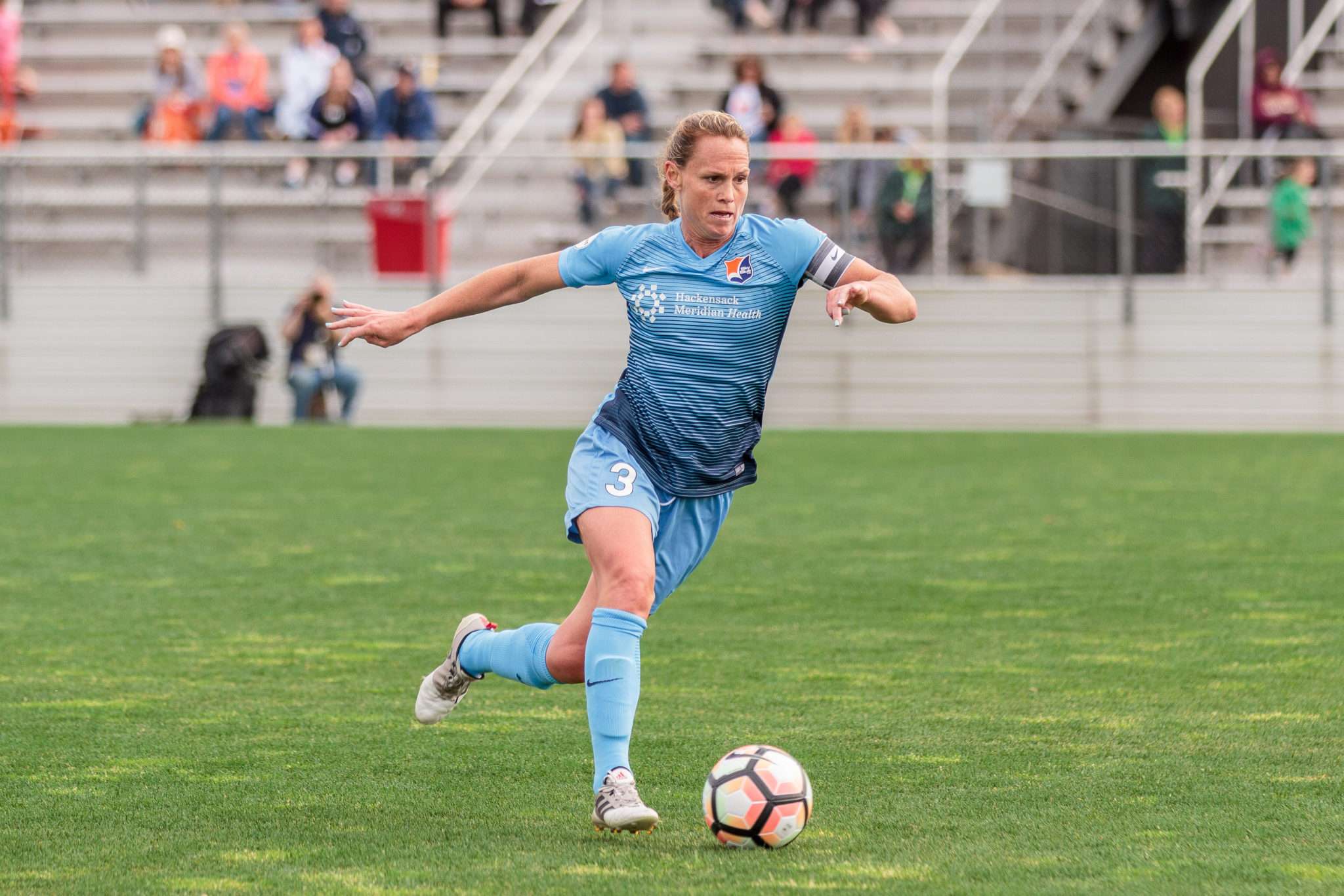 Christie Pearce will miss the rest of the 2017 season due to injuries.
(photo copyright Katie Cahalin for The Equalizer)

Sky Blue FC announced this evening that captain and veteran defender Christie Pearce would miss the remainder of the 2017 season due to a series of injuries accumulated throughout the year.

“I’ve always had a really good awareness of my body and the ability to recover,” Pearce said in the team’s official statement. “I feel that I started the season off strong, but I’ve been consistently fighting through injuries, and I’m not able to give to the team what I consider to be my 100%. This decision, while it is hard to swallow, I know is the right thing to do for me and the team because I just can’t leave it all on the field every day.”

Pearce has seen 16 starts in as many appearances for Sky Blue this year, totaling 1,440 minutes. She was sidelined by the league’s concussion protocol for two matches earlier in the season, but otherwise has played every minute. She has anchored the Sky Blue backline to help them to a 7-9-2 record and sixth-place ranking. She played every minute of the 2016 season, one of only five players in the league to do so.

Although neither Pearce nor Sky Blue made any mention of it in the team’s statement, the 42-year old had previously confirmed that this would be her last season playing professionally. She was allocated to Sky Blue in its inaugural 2013 season and was one of only three remaining members for that squad. However, the Point Pleasant, New Jersey native had also played for her home team during its WPS iteration, famously taking over as player-coach and leading the team to a 2009 WPS Championship win. She was the last active player to have played every season of American professional soccer.

“It goes without saying that Christie Pearce will be greatly missed throughout the rest of the 2017 season,” Tony Novo, Sky Blue FC president and general manager said “We must always remember that players have a life off the field as well, and their personal well-being must remain at the forefront of a decision like this.”

Pearce quietly retired from her international career when she declined a call-up by United States women’s national team coach Jill Ellis last May. It was her first invitation to rejoin the USWNT following knee surgery in December 2015. She was officially honored by the USWNT during a ceremony before their SheBelieves Cup match against England on March 4 at Red Bull Arena in New Jersey. She had not played for the national team since September 20, 2015 during the team’s World Cup victory tour. Captain America, as fans still often refer to her, played the full 90 minutes and wore the captain’s armband for the final time for the US. Over an international career spanning two decades, she earned 311 caps to be the second most-capped player in international soccer, men or women behind Kristine Lilly. She is a two-time World Cup champion and a three-time Olympic gold medalist.

“Something I must do is personally thank all of the fans,” Pearce added. “I feel so privileged to have their unwavering support, and they have always stood by me through thick and thin. I am also very confident that the team will push on this season in my absence.”

The news of Pearce’s early exit from the team comes just two days after Christy Holly officially stepped down from his position as head coach.

Time to heal, my little buddy Lucky is the perfect partner to get better with #puppylove