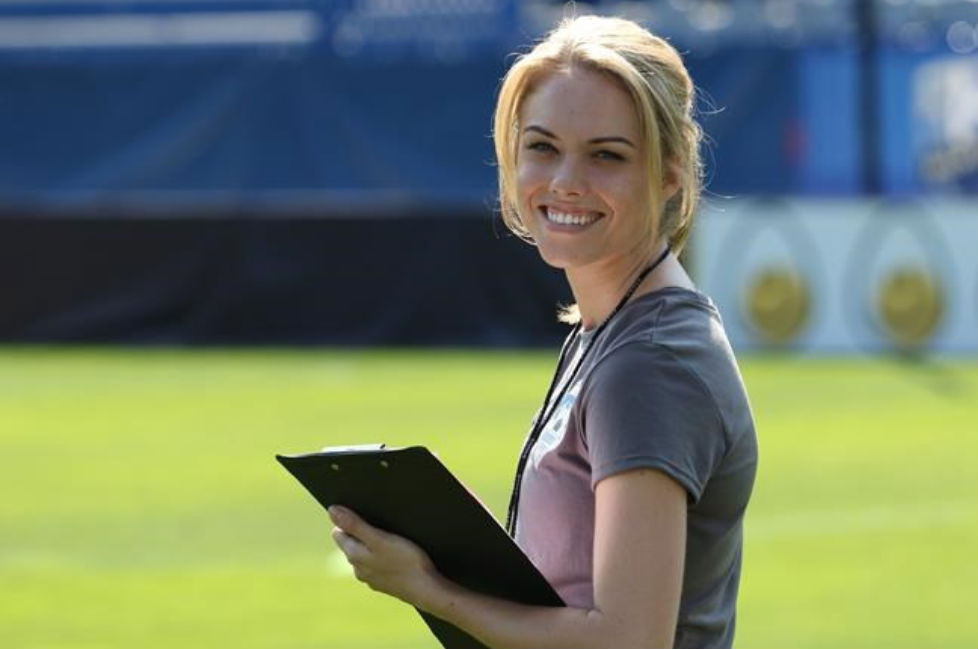 The show, which premiered on July 31, centers on the lives and careers of the fictional MLS side Montreal Thunder’s Under-21 professional team. The show does a good job of mixing the on-field excitement of professional soccer with the off-field drama of the players’ and staff’s personal lives. There’s Nolan, the diamond-in-the-rough who’s using pro soccer to keep him from landing in jail like those he grew up around; Junior Lolo, the Ivory Coast talent whose pro contract was the ticket out of Africa for him and his younger brother; and Alex el Haddadi, the team captain whose dream is to attend an Ivy League university.

But most importantly, there’s also Christy Cook, former Olympian with the Canadian women’s national team turned assistant coach to the Thunder’s U-21 team. Although the show has an ensemble cast of supporting (mostly male) characters, Cook’s storyline is the show’s central focus, infusing the typical men’s sports plot with a women’s soccer edge.

While some may argue that that’s simply to appeal to a female audience, others, like Canada and Washington Spirit goalkeeper Stephanie Labbé—who has been promoting the show on Twitter since before its debut—thinks the female factor may have just a little to do with the success of the real Canadian WNT, with whom she won an Olympic bronze medal at the 2016 Rio Olympics, the team’s second consecutive third-place finish in the Summer Games.

“Looking at it and seeing the past, you can make speculations as to who she’s maybe trying to represent,” Labbé laughed, “but I think it’s just cool to see that, where the sport is going and with the accomplishment and how successful our women’s team is in Canada, something like (a woman coaching a men’s team) is totally not out of the realm of possibility.”

As Labbé alluded, the actor who plays Cook, Stephanie Bennett, has previously said she’s drawn inspiration from Captain Canada herself, Christine Sinclair, both in the character’s humility but also in her strength, determination, and hard work put in to be as successful as she’s been in her professional career.

“It’s cool that roles are being created around the strong, confident individuals that we have on the team, and I think that just speaks highly of our program and the players within it and what we’ve been able to accomplish.”

The show’s writers have also drawn inspiration from American professional soccer: in one episode Bennett’s character details some of her struggles as a female professional athlete, telling a story from her playing days that seems ripped straight from the pages of magicJack’s history books. For Labbé, having Cook discuss and experience differential treatment because of her gender brings a necessary realism to the show.

“You start to see how she’s getting treated and how they somehow treat her a little differently, and I think that’s infuriating, but it pulls you into the show and (makes you) feel empathy for these characters, but at the same time you get some anger, like why is she treated this way?

“The scene where she’s left behind on the bus was infuriating to me, but at the same time it’s nothing super dramatic that wouldn’t happen. You can totally see that happening, which is so unfortunate.”

Anyone else get extremely angry when coach made the bus driver go and leave Christy behind on Monday's #21Thunder ep? #WhatsYourThunder pic.twitter.com/6bgoWcHWA0

As of yet, there are no female coaches in MLS, but women are continuously making strides in the men’s game in other ways. FIFA referee Bibiana Steinhaus was recently appointed the first female referee in Germany’s Bundesliga, the top flight league in the country. FIFA announced just today that, for the first time ever, women referees would be used in a men’s tournament when seven female support referees help officiate the men’s U-17 World Cup in India later this year. Women have also recently been hired as head coaches for men’s youth national teams and professional clubs in other countries around the world. While that may seem like baby steps in the grand scheme of things, it is progress, and every little bit helps, including shows like “21 Thunder” and its portrayal of women within the sport.

Not only is one of the assistant coaches a woman, the team owner, who demands Cook’s hiring, is also a woman, adding yet another strong female character into a show that could have easily been fueled exclusively by the testosterone of an all-male cast. While the show is set against the background of a men’s soccer team, having positive representation of its female characters is important. Even Nolan’s girlfriend is portrayed as an intelligent, successful teenager recently accepted into medical school.

Besides her connection to the show because of her Canadian roots and Cook’s character, Labbé has also connected with some of the storylines of the players themselves. Her own experiences with playing professionally and with the national team are similar to those of Nolan despite their different positions on the field.

“As a player, what kind of related to me the most was Nolan’s experience with playing for one team and having to adapt to that coach and what the playing style is for that team, but also having pressure from the A team and the coach maybe wanting him to do something different. The coaches of the A team want him to be flashy and take players on one-v-one and show that side of him, but the team he’s playing for, (he has) to adapt to that system, too.

“I think that’s so realistic, with players playing with professional teams and maybe having to play a certain way and a national team coach wanting something different…I think that’s a real struggle for players, and I think that that’s really cool for the public to see.”

“21 Thunder” airs on CBC on Mondays at 7:30 p.m. ET. Although the show is not available for viewing in the US, fans who want to watch the show can stream on demand episodes via the show’s website with the use of a VPN.